I have been down with a few viruses lately, but the Autumn colours have proved an inspiration. I have been photographing the Lime trees in the churchyard near me and taking more shots of the cherry tree that overhangs some of the grave stones. I have been taking photos of that throughout the year, and thought I would produce a series of images of the churchyard and this particular tree. I've also been taking pictures of the Acer in the garden,

I particularly liked it when after some recent rain and wind, the whole road and pavement were covered in shades of yellow leaves. 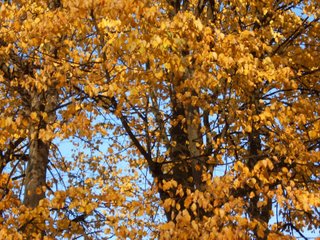 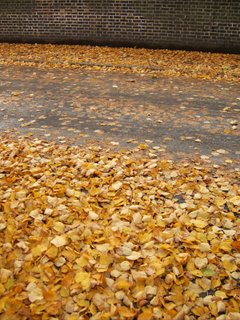 A number of cars were also given a thick coating of leaves which gave them a wholly different feel.Leaf covered cars, that could be an interesting design concept and ironic statement if they were still running on petrol.

I've been enjoying lino printing, working on an image of trees and putting leaf patterns on top. It's not quite finished, I'll put it here when it is. I like the cutting away process of lino it's quite rythmic and satisfying in some way. I have an idea to work on some more prints with the fallen Autumn leaves, in various stages of disappearing back into their elements. 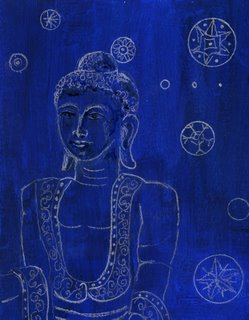 Posted by Padmayogini - Wendy Le Ber at 4:13 pm No comments: