I added one of my images taken on the 22nd April for the Earth Mosaic a project that is gathering hundreds of thousands of photo images from around the world taken on the 22nd and is making a huge mosaic with them. The idea is to take a photo of the world around you and I took this one of the churchyard at the top of the road, with a few bluebells around the graves and Lime tree. 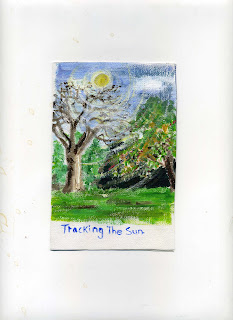 I have also registered an exhibition for the E17 Art trail this year, which is on 5th till 13th September.
I am showing some of my artists books for the first time at Waterstone's in Selbourne Walk shopping centre Walthamstow. I am scanning some pages in and taking a few photos to put a page about them on my website. I have been experimenting with canvas painted books, scrap book type works, photography books and collaged pieces. 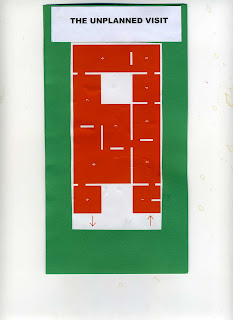 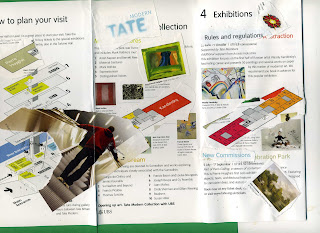 Posted by Padmayogini - Wendy Le Ber at 4:51 pm No comments: 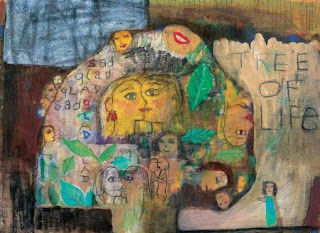 I've had a couple of images by Albert Herbert in my reference collection for some years, without knowing anything about him. Recently I have been looking him up and looking at some of his paintings online. 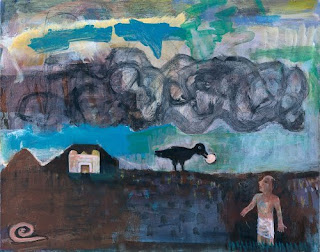 I really respond to his work, which although has biblical themes generally, seems to have an openess and spiritual vibrancy that speaks of wider connections to spirit.
The gallery England and co that represented Albert Herbert has a short bibliography including this section.
"Herbert always used stories as a way of explaining his subjective feelings. His universal narratives were drawn from a myriad of diverse sources including Biblical stories and his own life and experiences. In the late 1950s he was drawn to learn about religion, seeing it as a way of revealing the inner world of the collective mind. In the 1980s he adopted the use of Biblical and theological subjects as a way of making his paintings less private. The surface meanings were often a mask for something else – used as metaphors, universal symbols or archetypes which could be interpreted in several different ways."
I thought I'd try to see some of his work as soon as I can. 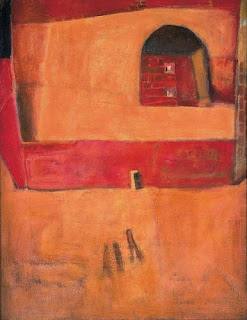 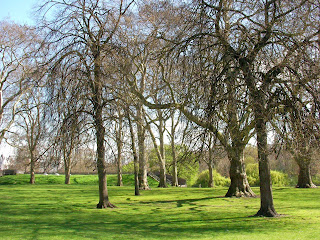 I decided to put some work into the Pastel Society open this year at the Mall Galleries and as it was a sunny day to wander into ST James park. Unfortunately they were dredging and doing work to the lake, which was fenced off. But the trees were coming into leaf and the cherry blossom particularily lovely. 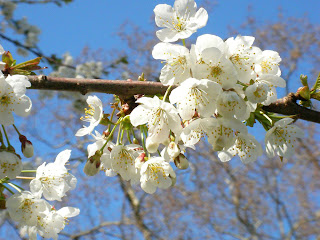 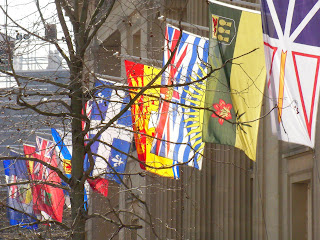 I was taking photos as I walked around, noticing all the flags around too, probably because of the G20 summit. Although the fountains in Trafalgar square were also out of action due to cleaning, there was one of the new art works on the fourth plinth, A colourful design in light reflecting glass for a hotel, by Thomas Schutte, something they call a concept piece I think.
Later this year Antony Gormleys work One and other, involving hundreds of people standing on the plinth for an hour at a time will be there. You can register to be one of the people occupying the plinth for an hour here 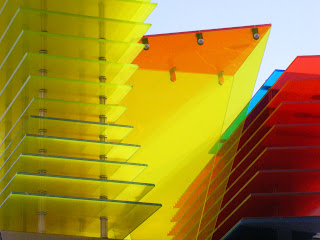 At the ICA there was an exhibition of Sean Snyders work, Index, including video installations and photography. Downstairs was a series of images of storage media from Snyder's archive, along with experimental test prints. A video installation showed a film made from a Soviet propaganda film and an art history lecture re-edited and disrupte. It was quite thought provoking, what struck me most though was the sort of certainty that was apparant in the Soviet educator's face and attitude. What we do if we are so convinced by ideology. 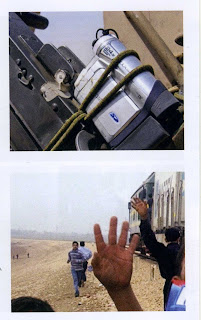 Upstairs were two more video installations one Afghanistan circa 1985, is a short film showing footage from the Soviet occupations of Afghanistan. Somewhat incongruously it shows Soviet troops embracing and dancing with Afghanis while their vehicles and weapons are in the background. The other film Casio, Seiko, Sheraton, Toyoto, Mars incorporates footage from the recent American invasions of Afghanistan and Iraq. Sean Snyders voice over tracks the brands of the title involvement with the wars and uses footage from all sorts of footage.
Posted by Padmayogini - Wendy Le Ber at 6:55 pm No comments: 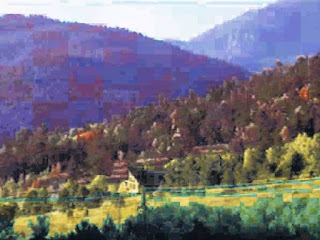 
I went along to the V&A last weekend for a symposium on new approaches to digital printmaking. This was in association with the University of the Arts, (Fade) The ARHC, and the Computer Arts Society.

I wasn't sure what to expect, but I was following up my interests in digital work. There were a number of artists talking about their work and introducing work, including Tim Head, Kathy Prendergast and Dan Hays. Dan Hays showed some of his Colorado series of paintings and talked about his work with Lectilinear prints.There was a good overview of the use of computers in producing art from the early days, and a great interview between Paul Coldwell and Michael Craig Martin. Here his work Signs of Life Kunsthaus and Eye Test. 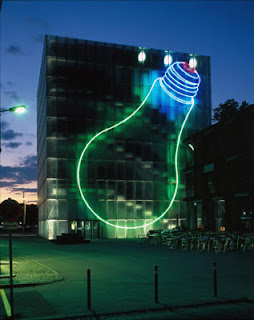 Michael Craig-Martin also has a couple of classic bright coloured works as animated screen savers here
I was not surprised that artists had taken to the new computer technology almost as soon as it was produced. I think as artists we are always looking at the potentialities of new technology. Though along with each increase in technology there have been problems from areas of the art world concerned with the commercial aspects of selling digital prints for instance and with collaborative work. 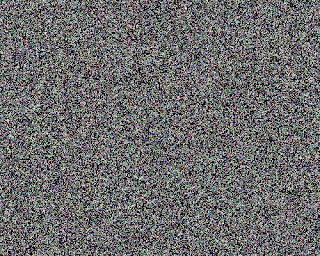 I came away interested in all the possibilities of digital art work, though realising I would definitely need a lot of technical support for the sort of work that I'd seen.
Posted by Padmayogini - Wendy Le Ber at 5:03 pm No comments: