Photography and ready -made art work 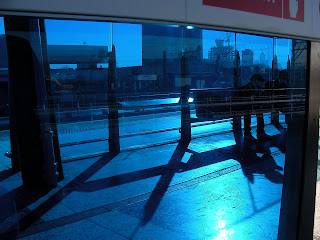 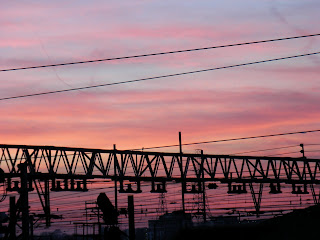 I've been continuing with my records of journeys by public transport, and sunsets in the urban environment. Docklands still proves to have some fascinating contrasts of old industrial objects and new buildings. Reflections within reflections interest me, last week the reflections in water near Surrey Quays and reflections in the office building and in the Dockland Light Railway stations. 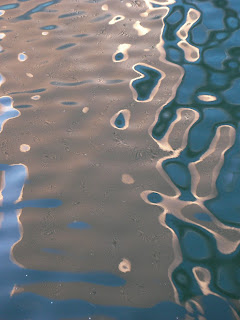 At home with an old TV remote control, I put a piece together called " All I ever learnt, I learnt from you." 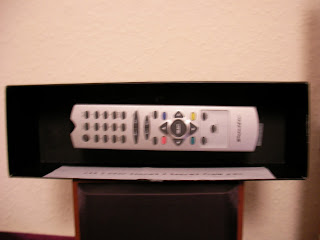 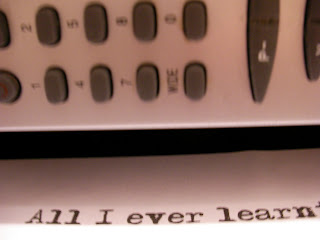 Posted by Padmayogini - Wendy Le Ber at 3:31 pm No comments:

I found myself with a bit of time in town on a couple of days last week, which meant I was able to call into the White Cube gallery Hoxton Square. There was an exhibition by chance of photographs by Darren Almond called Moons of the Iapetus ocean. These were all photographs taken by the light of the full moon and with very long exposures. It was a strange effect, some of the landscapes and seascapes looked almost like they were taken on a dull day, but the sky was often clear.
There was something of another way of seeing in some of the pictures, this other quality of light and strangeness.

Upstairs there were 6 large photographs taken in Tibet of the traditional prayer flags hung on mountain passes. Darren Almond had turned the images into layered almost abstract images with tiny glimpses here and there of the mountain passes themselves. On a cold winters day it felt good to be surrounded by the colour and symbolism of my Buddhist belief.

My other visit was to the modern works on paper fair at the RA. There I found a stand Hanga Ten, with contemporary Japenese prints, and one artist, Shimura Hiroshi who was inspired by trees. He had lovely prints, silkscreen using metallic inks and his trees stand out against the skies. 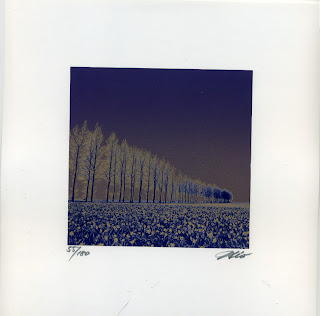 Posted by Padmayogini - Wendy Le Ber at 1:16 pm No comments: