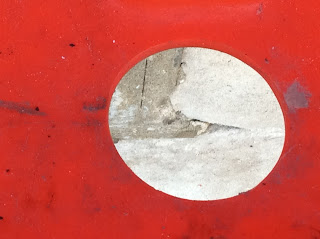 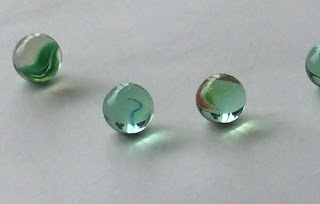 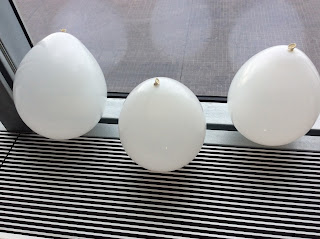 I have been photographing circular forms and using them in other art works.
Walking along the Harbour arm in Margate, there were circles in the stones, on the walls, and as part of signs and structures. 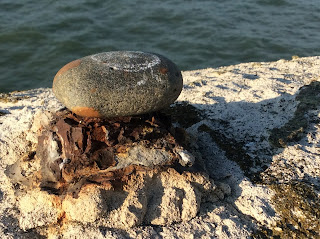 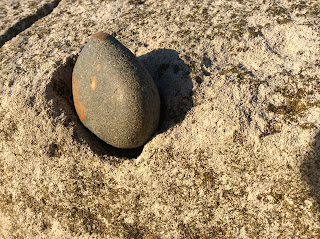 The weathered stumps of iron railings looked like metal nests for some strange mechanical birds. 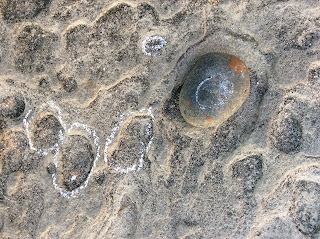 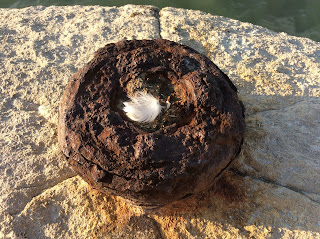 The sunsets we have here in Margate, continue to inspire and gather groups of people to photograph them, or sit and simply enjoy the show. 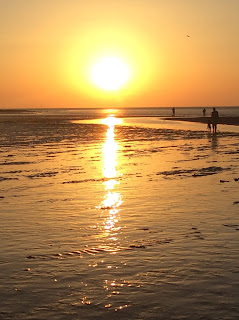 Dreamland continues with it's restoration of the site and buildings and here the big wheel was lit up for an arts event. 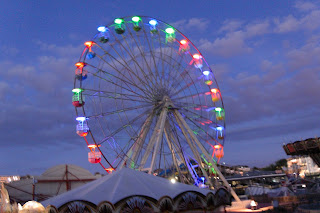 Posted by Padmayogini - Wendy Le Ber at 8:28 pm No comments:

After the Sea exhibition by Julie Caves and H Loke

Great to see friends Julie and H's exhibition After the Sea in Bernie's Chocolate Bar.
Friends from London were also down, so great to meet up again with E17 artists. 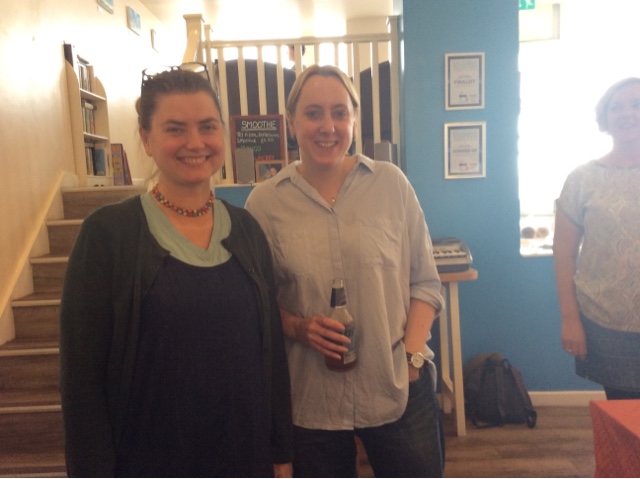 Julie is showing evocative seascapes inspired by Margate and surrounding area and H is showing drawings of iconic and studied places and objects from her walks around the area. 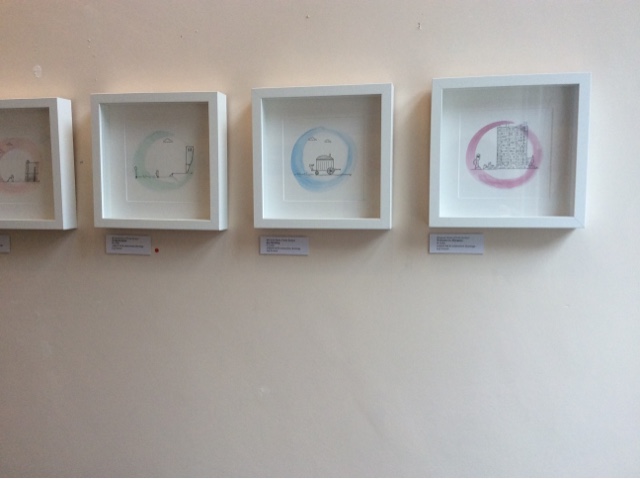 Their two different styles  and mediums work well together in the space and are priced to sell. 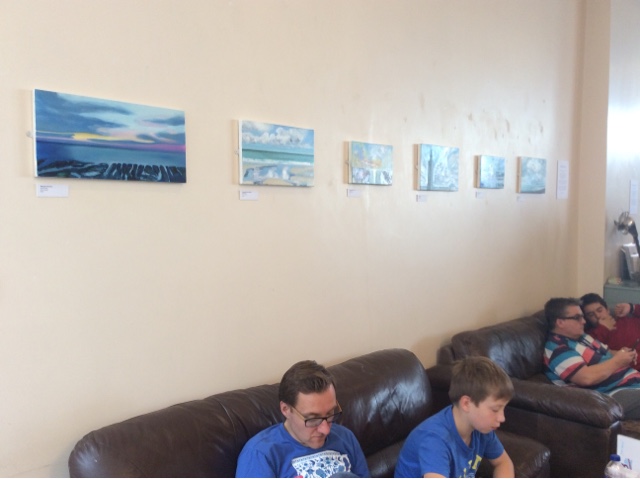 You can enjoy a hot chocolate as you look at the exhibition and the view across to Margate harbour. 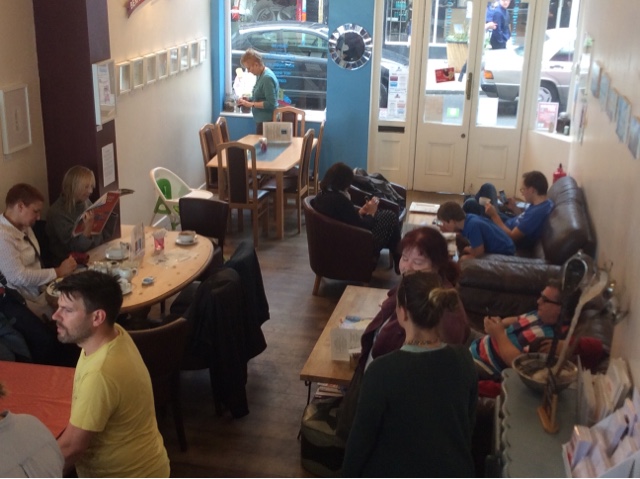 Posted by Padmayogini - Wendy Le Ber at 1:13 pm No comments: 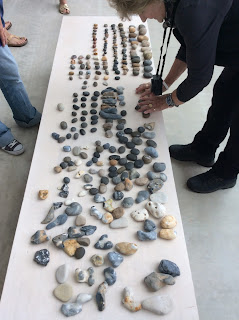 Blank Canvas organized a happening at Turner Contemporary last week, called A Calming Stone, as part of the closing day events for their exhibition.
We collected stones and pebbles from local beaches and arranged then in the gallery on one of the benches, over spilling to the floor. 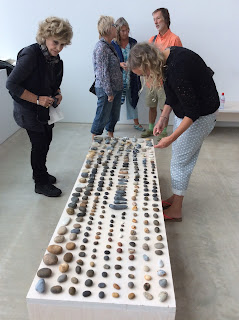 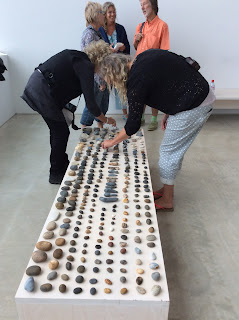 The simple act of arranging them in size, colour and shape, turned an ordinary collection of random stones into something much more interesting and attractive. 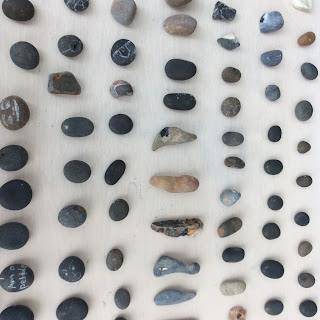 Our plan was to invite visitors to select a stone, or rather let a stone select them, they could take their stone with them as they walked around the gallery and then return the stone to a sculpture on the floor, or select a stone and add it to the sculpture straight away.

We also encouraged visitors to think about why they chose their stone and if they wanted to, allow the stone to absorb any thoughts they wanted to leave behind.

We were returning all the stones and pebbles to the sea, and any thoughts left in the stones would be washed away in the sea.


Well a lot of visitors were interested in the event, talked about their choice of stones, love of collecting or memories of collecting from their childhood. 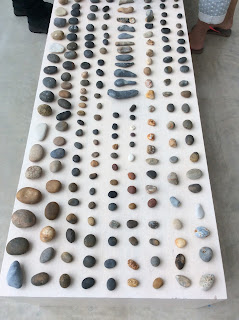 For some, the stones called to them straight away, others took their time. Visitors described things such as the texture of their stone,the patterns and suggested images they could see on the stone, the noise it made, what it reminded them of and qualities like love. 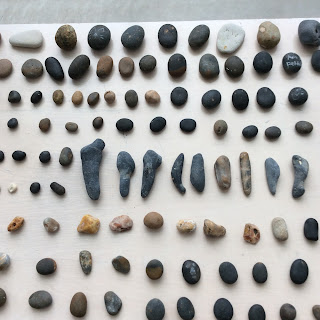 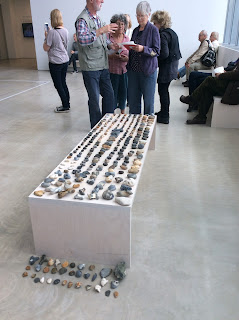 Some took their stones away with them as they explored the gallery and became quite attached to them. There is something very tactile and soothing about holding a stone or a pebble. 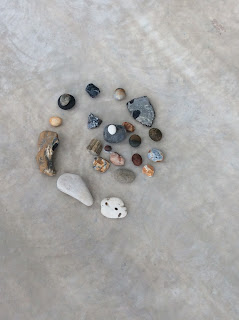 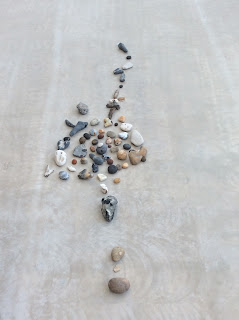 Everyone however wanted to be part of what was a ritual in someways, and added their stone to the growing sculpture on the floor. We had envisaged a spiral but went with what the visitors co created. 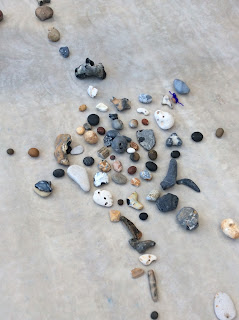 After the event we collected all the stones and pebbles together and all took some of them with us to return them to the sea.

Posted by Padmayogini - Wendy Le Ber at 7:49 pm No comments: