On Friday the Turner Contemporary Gallery held one of its Late Nights, Paint and Play evenings.
The thing about having only one big gallery here in Margate does mean that I try to get to most of the events. 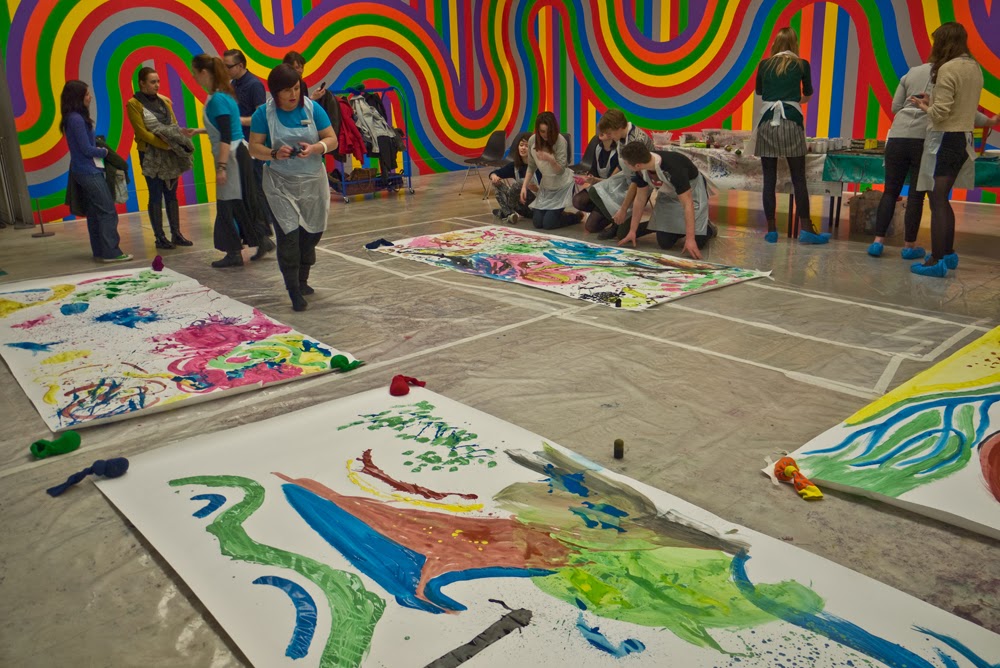 Friday evening had a number of events, Big paint with David Price, The Future of the United Kingdom with Jeremy Bailey and T-Shirt Hack with Blockcolour.


I went first to the Big Paint session upstairs in the Clore Learning Studio. Here David Price and Turner staff had set up the space with large sheets of paper, paints and a range of brushes and sponges. The aim was to experience a bit of the way Helen Frankenthaler worked on the floor with abstract shapes. 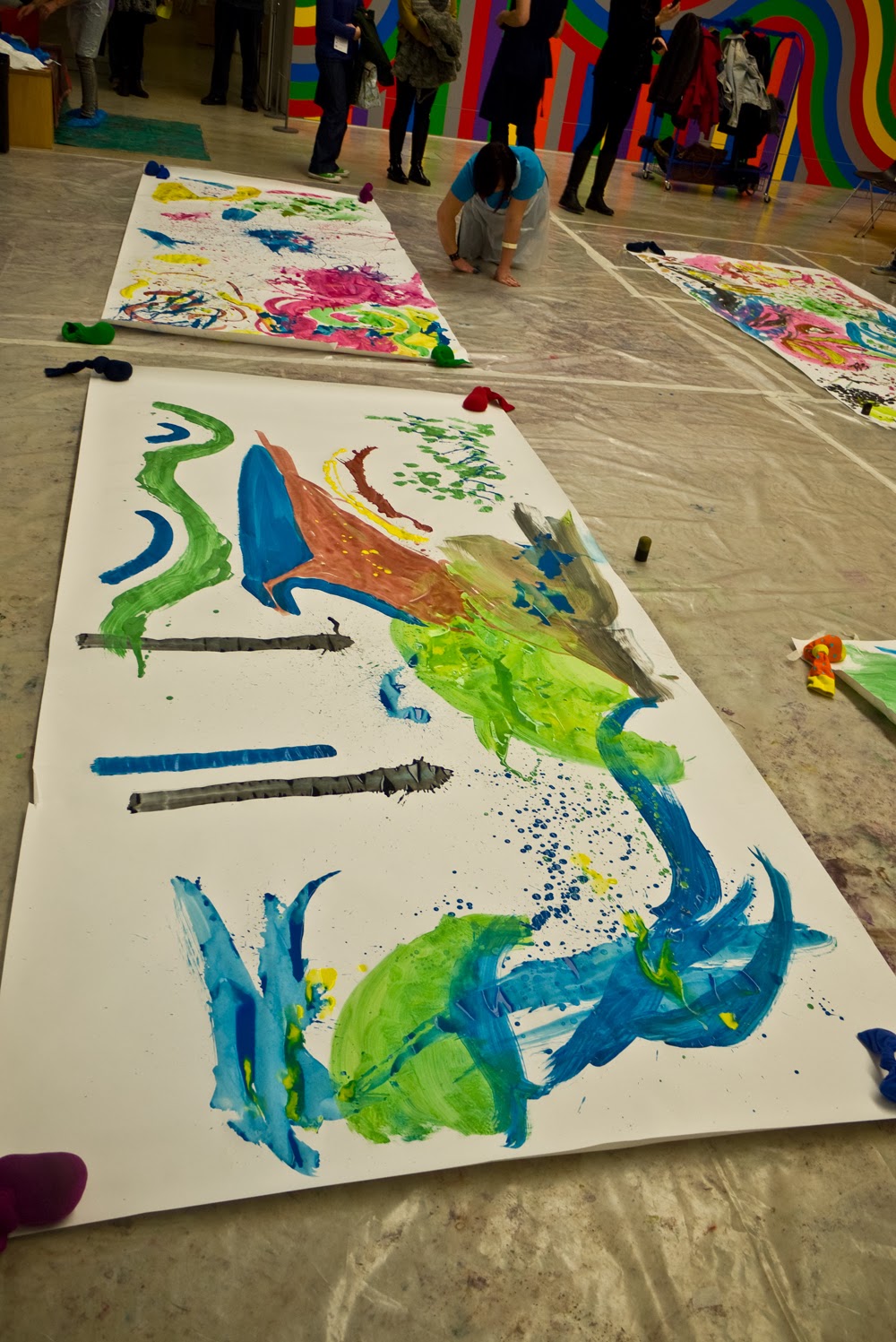 David explained well the ideas and potential way of working to us, though of course we had the time limiting factor of people waiting for their turn, different materials and groups of people on most work.

But despite that I really enjoyed having a go. I don't usually work on the floor or on such a large scale so it was good to just do that. As I worked, not having any pre planned ideas, I could see the potential for working in that way if I get a chance, with more of an idea of what I wanted to say. David was a good tutor too, encouraging and pushing people to really look and consider their work. Downstairs in the shop Blockcolour had set up a Tshirt printing space, so I had to have a go. Queues were building up as I left.


In the Foyle Rooms Jeremy Bailey had set up an interactive painting installation where holding a control wand people could dance and move. As they moved projected on a giant screen appeared the person holding hi tech paint guns which sprayed colours and effects, while other projections of a postapocalyptic landscape appeared. 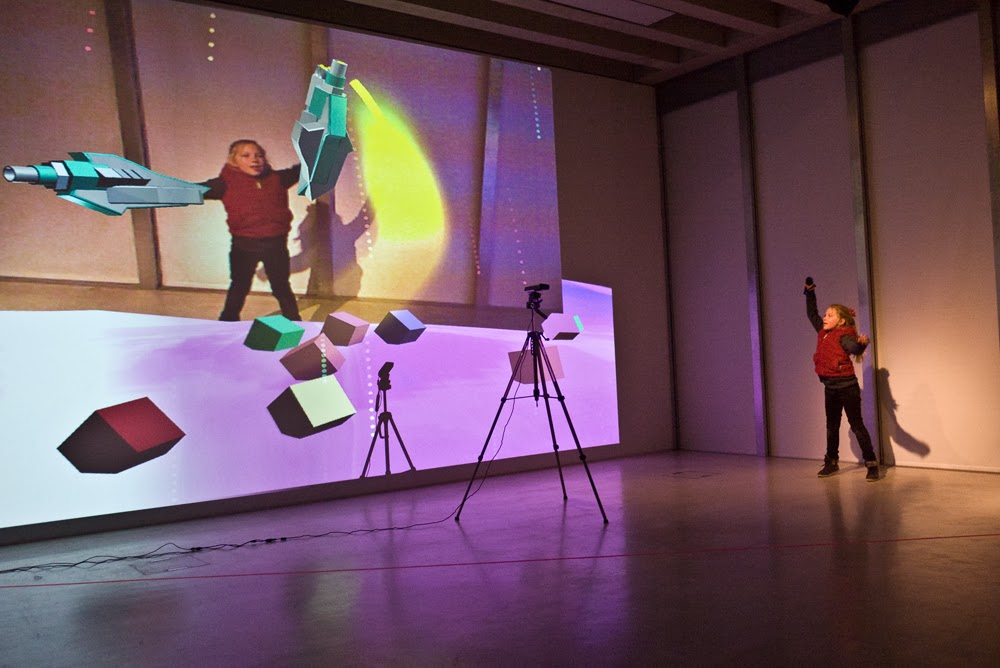 I enjoyed some of the children having a go and Jeremy took to the floor while I was there, but I didn't quite have the energy to have a go myself. 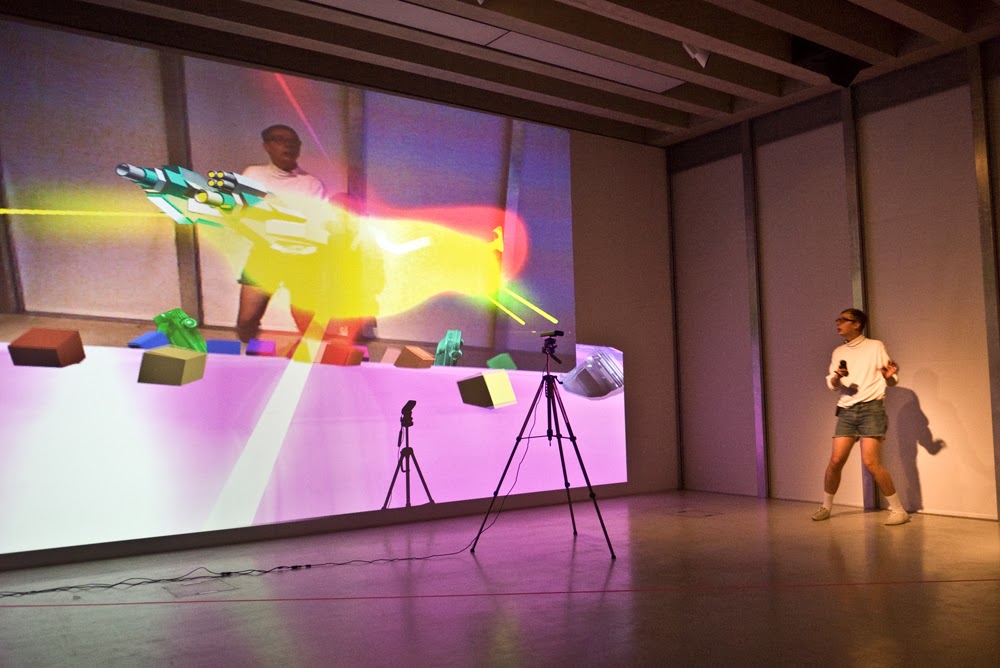 Outside with the light fading the harbour, lighthouse and the water shone with reflected light. 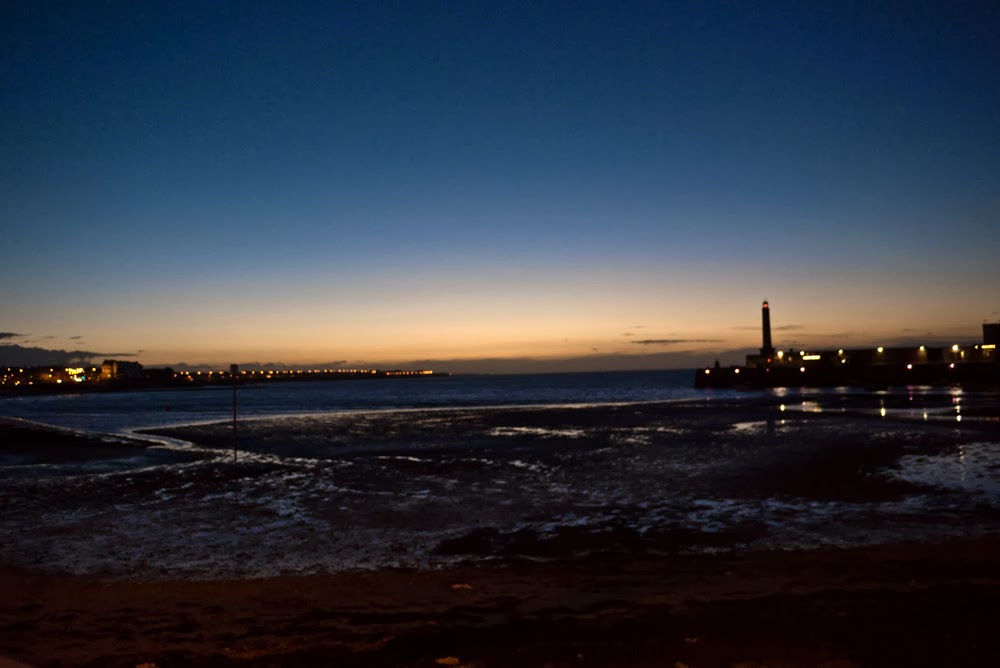 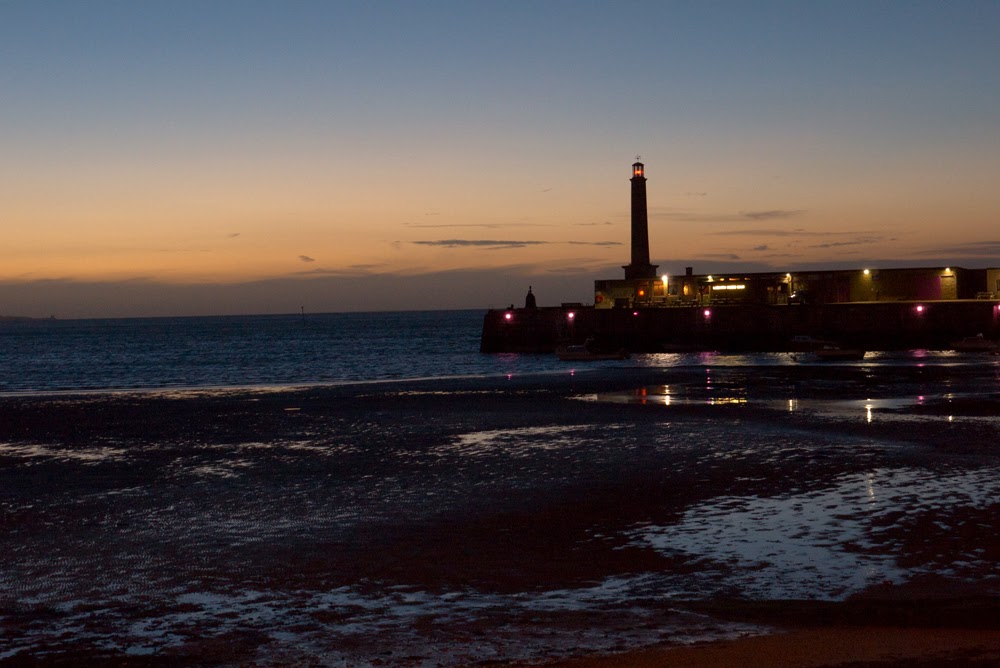 Posted by Padmayogini - Wendy Le Ber at 3:22 pm No comments:

Colours of the sea 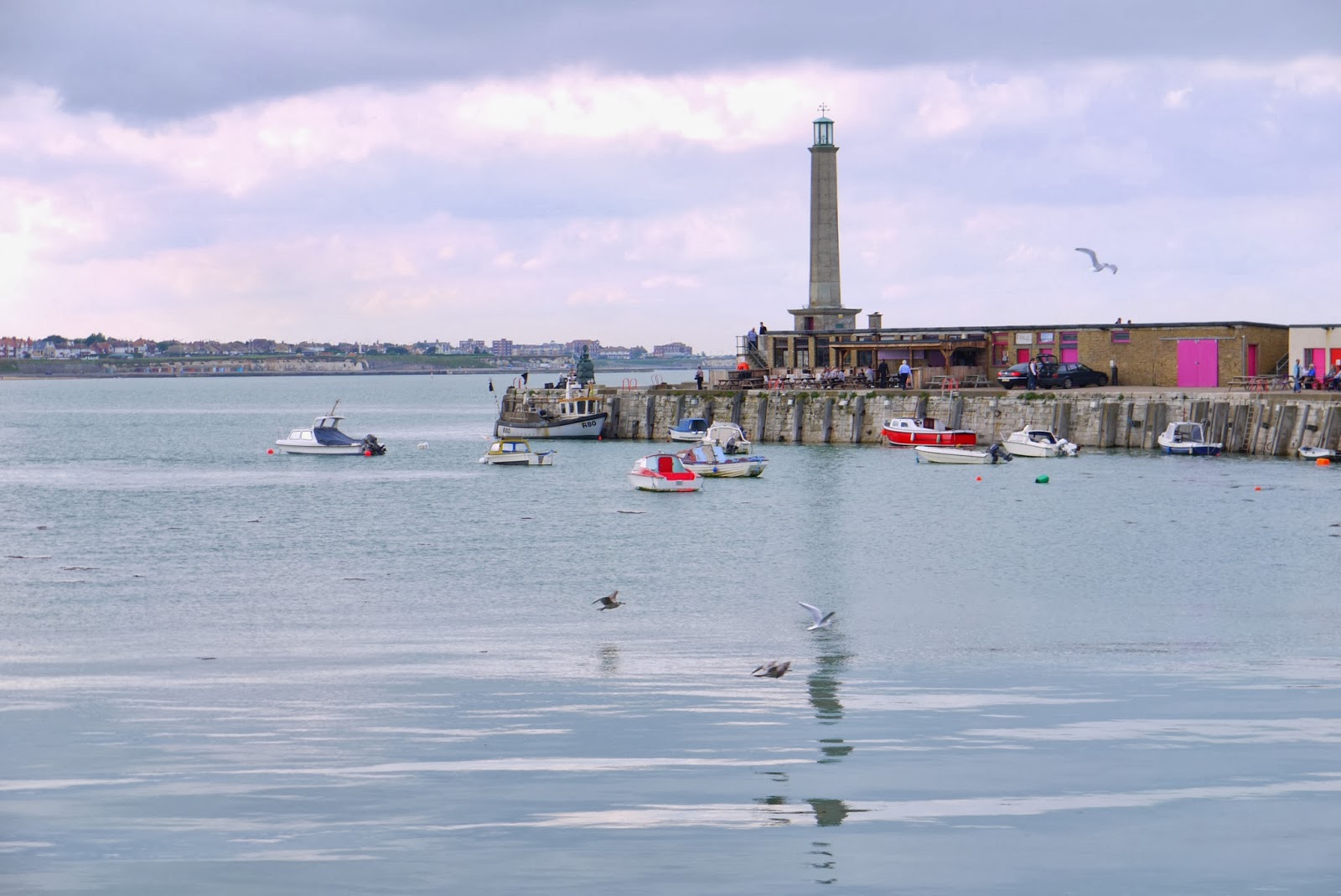 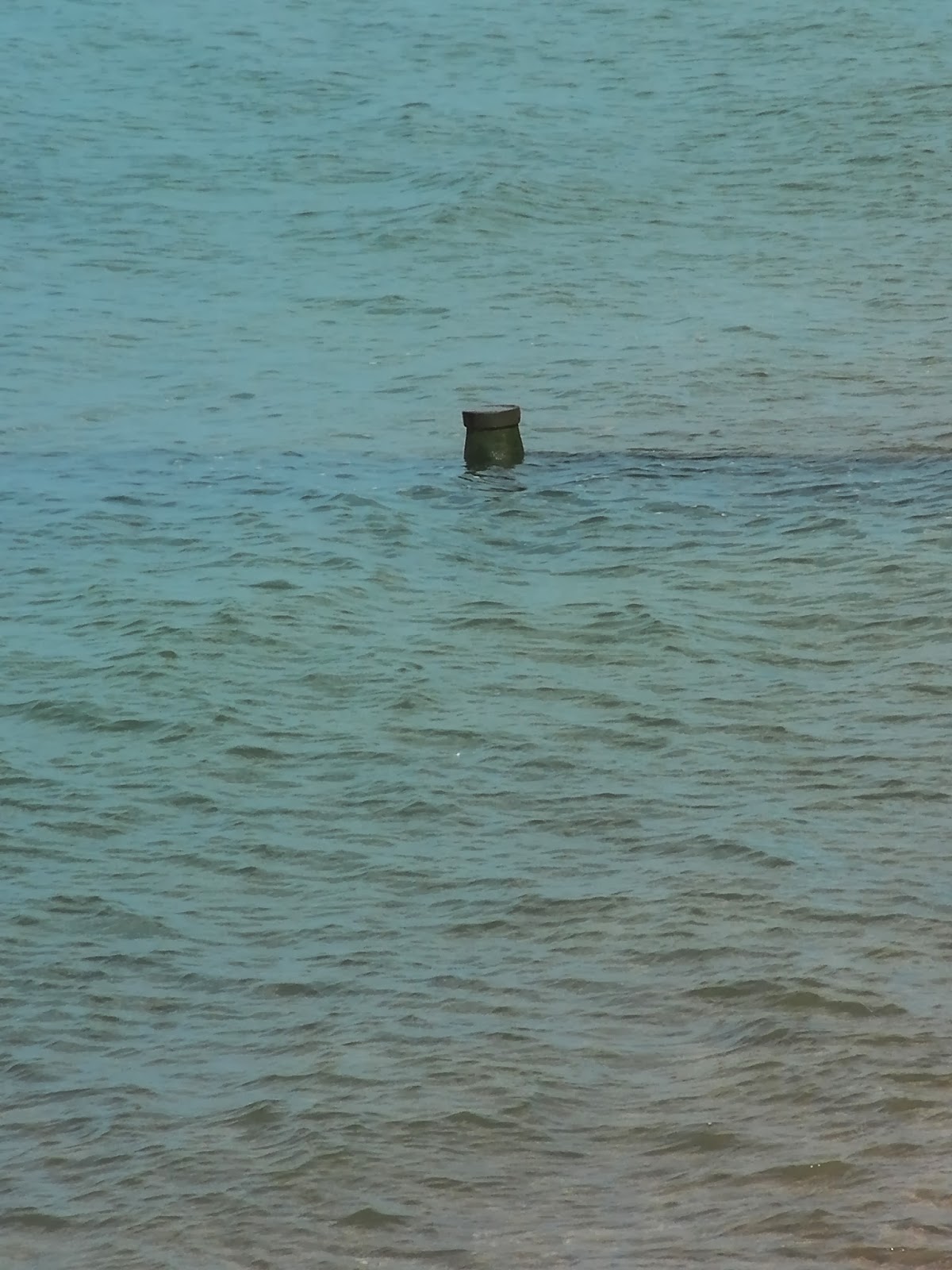 I have been building up a folder of photographs of the sea. One of the things that has impressed me the most living by the sea now, are the varieties of colour found in the sea. 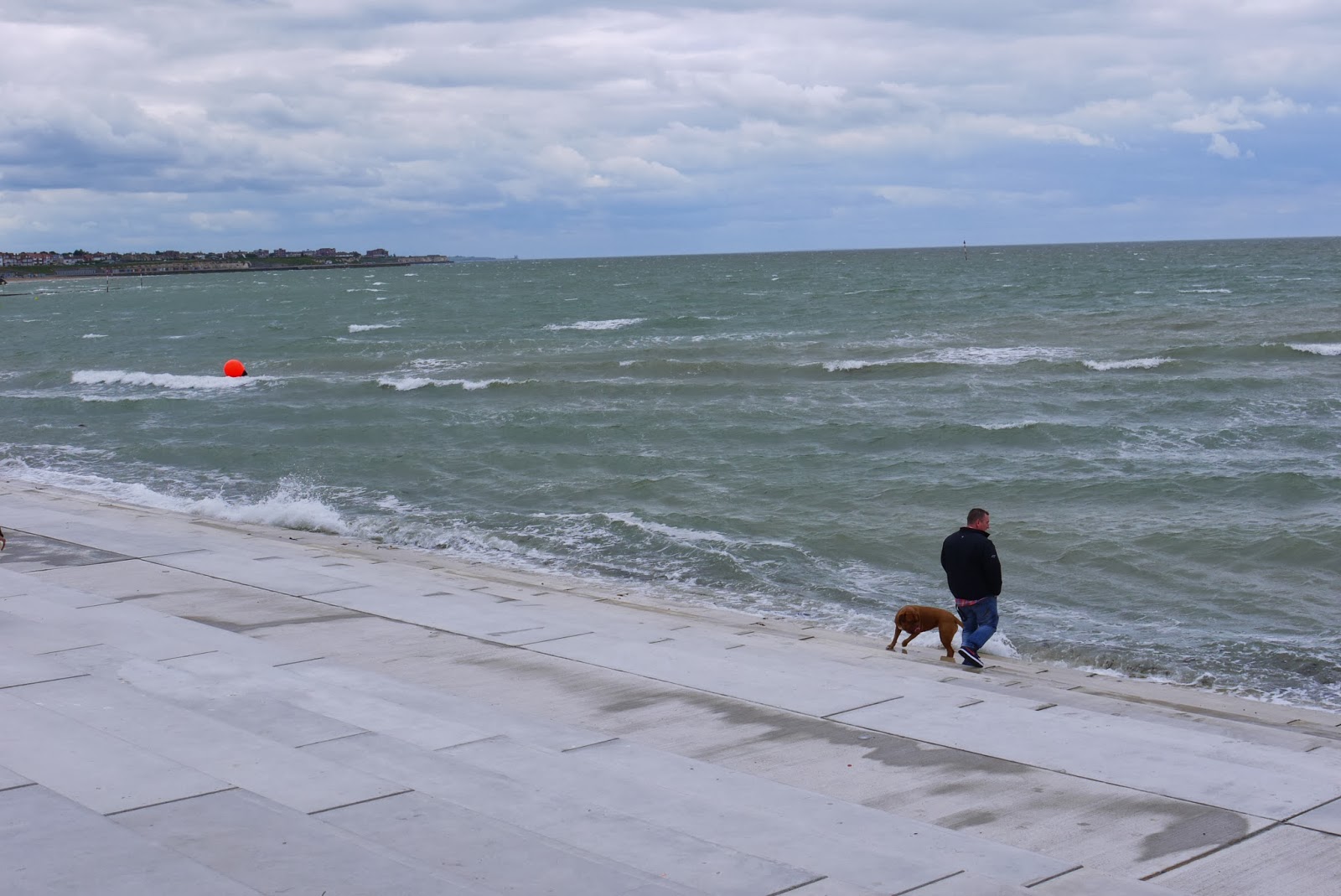 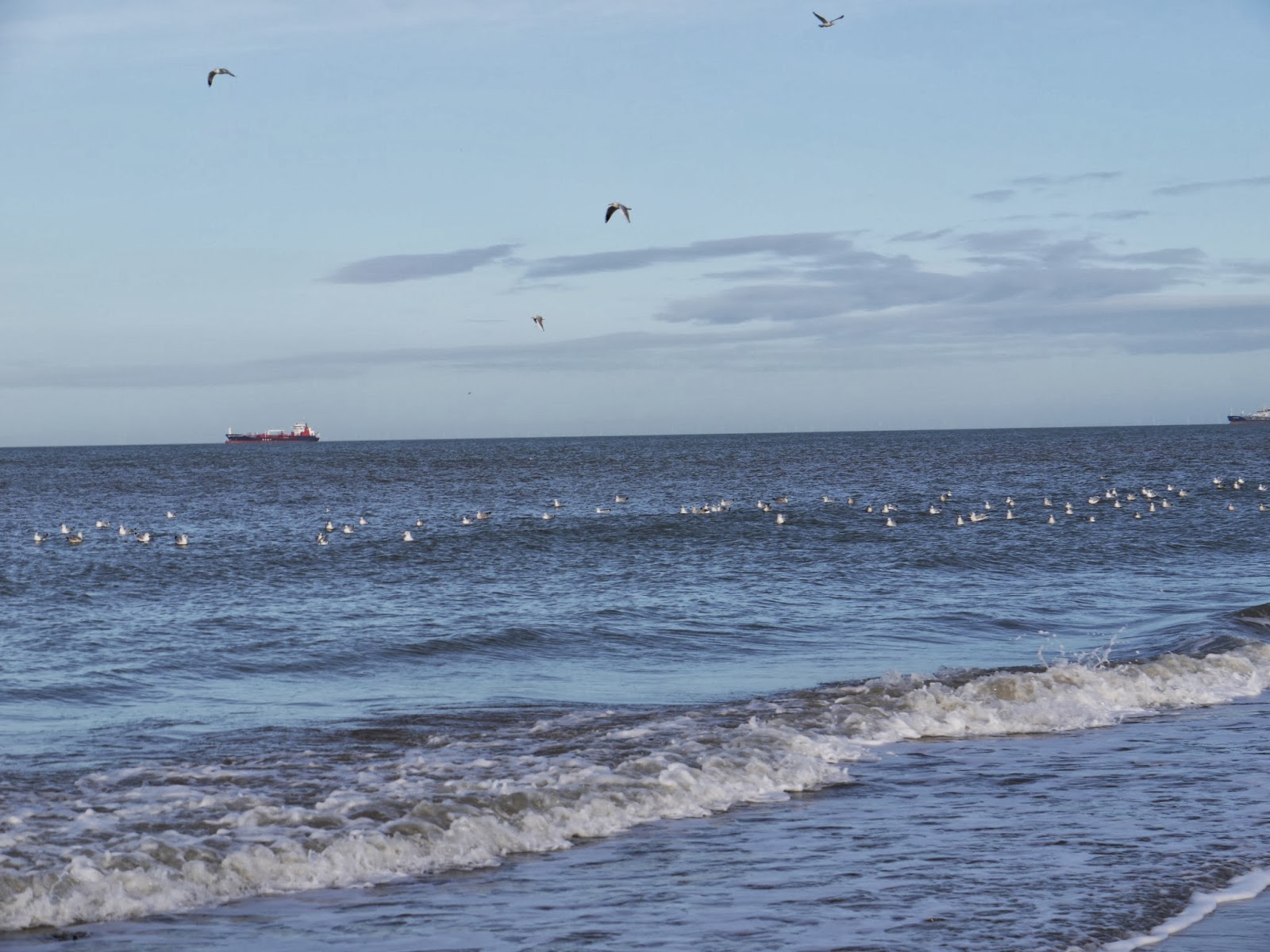 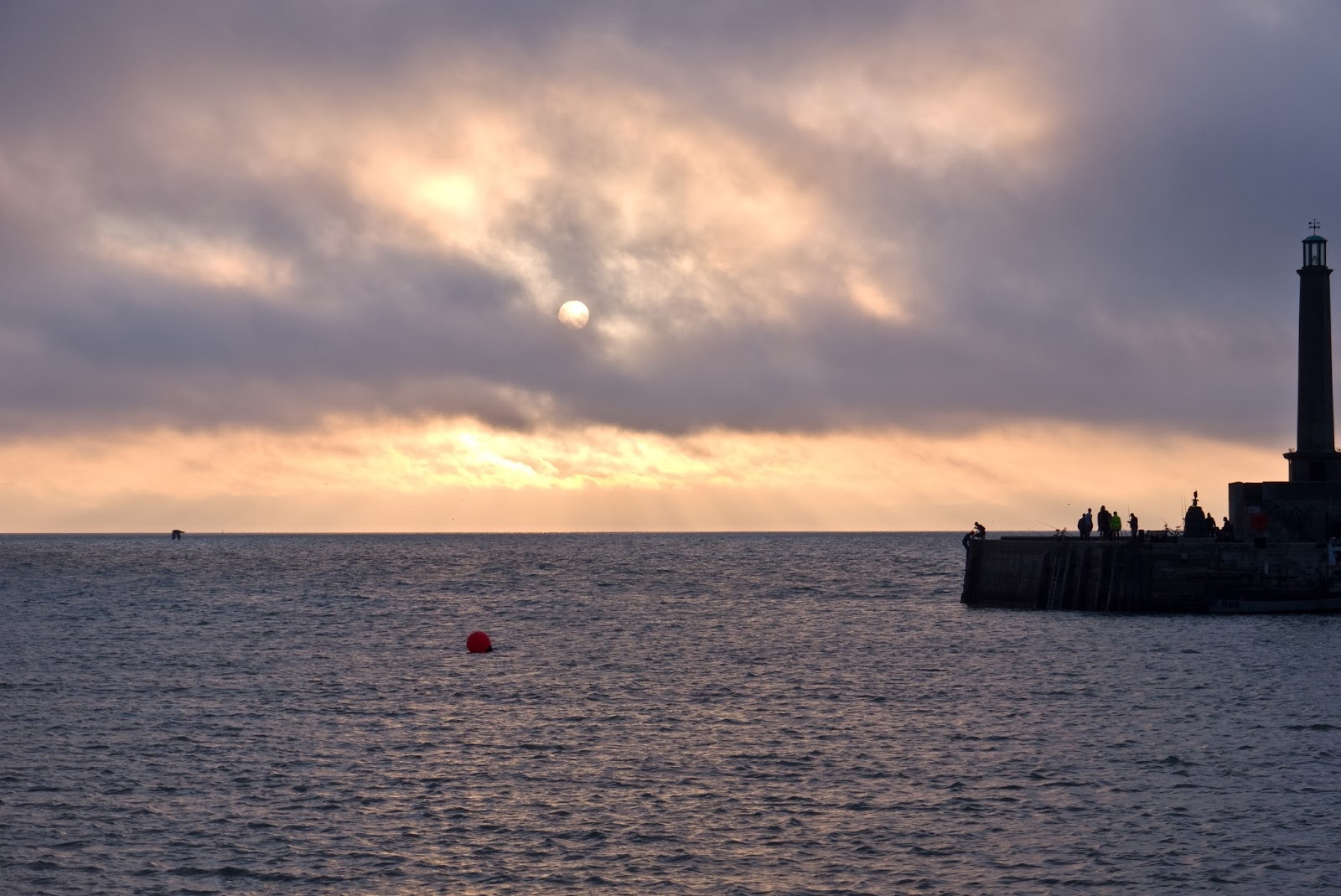 On sunny days the sea has colours that remind me of the Mediterraneam and Cornish waters. Other times there are subtle tones of blues, greens, greys and ochres. Then of course with the setting sun, reflectings of sunsets. 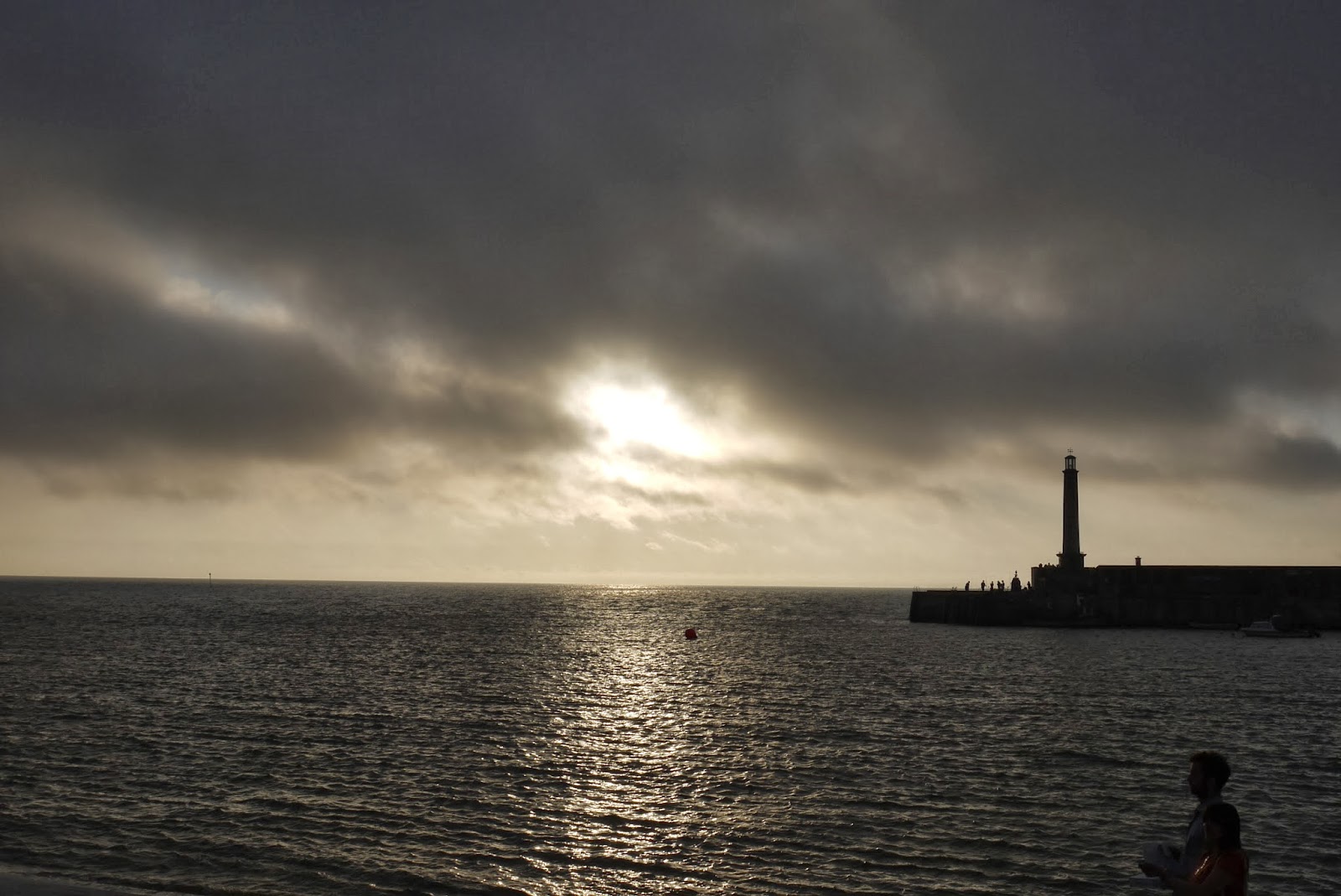 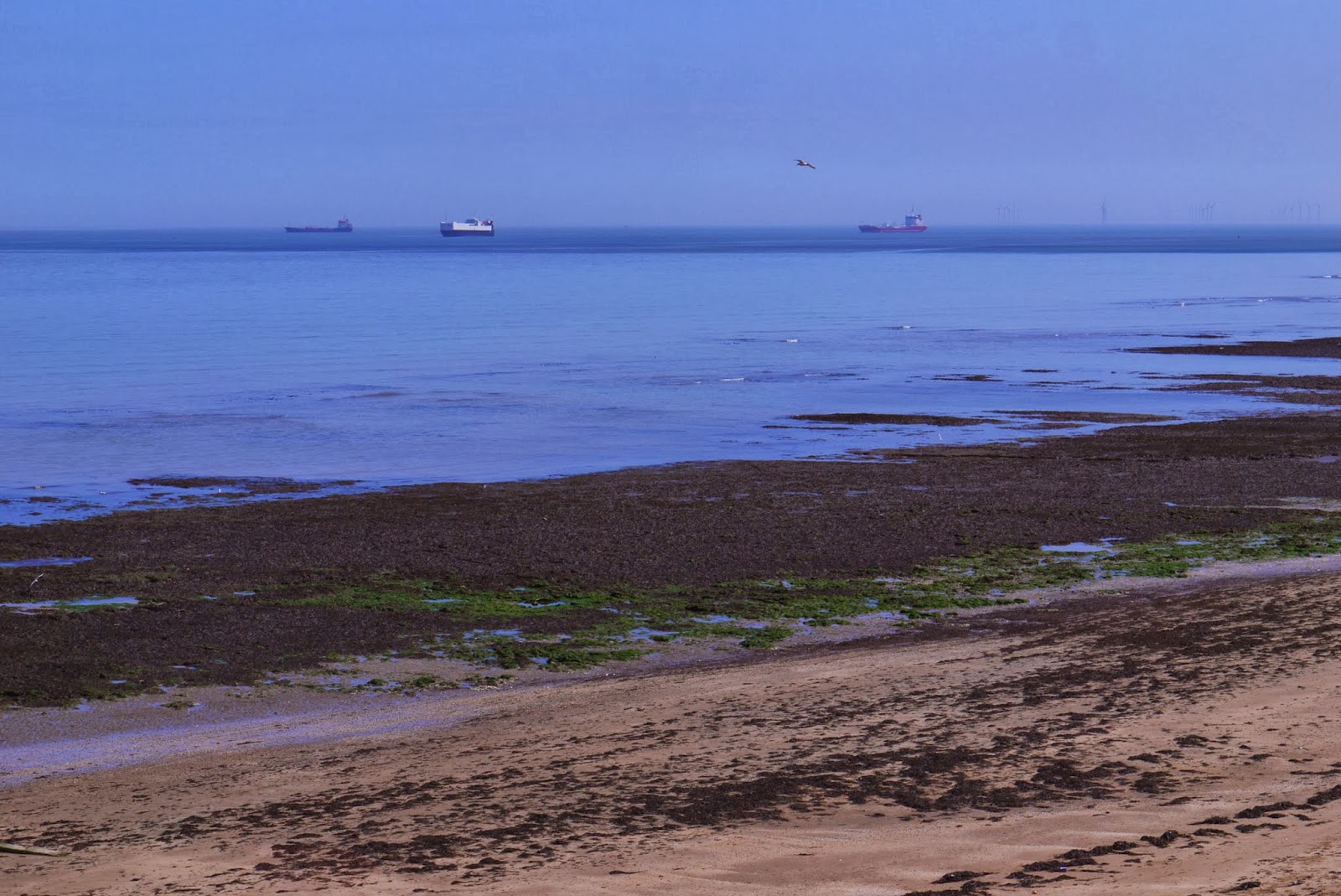 Last week the low sun cast an amazing molten silver colour over part of the sea. 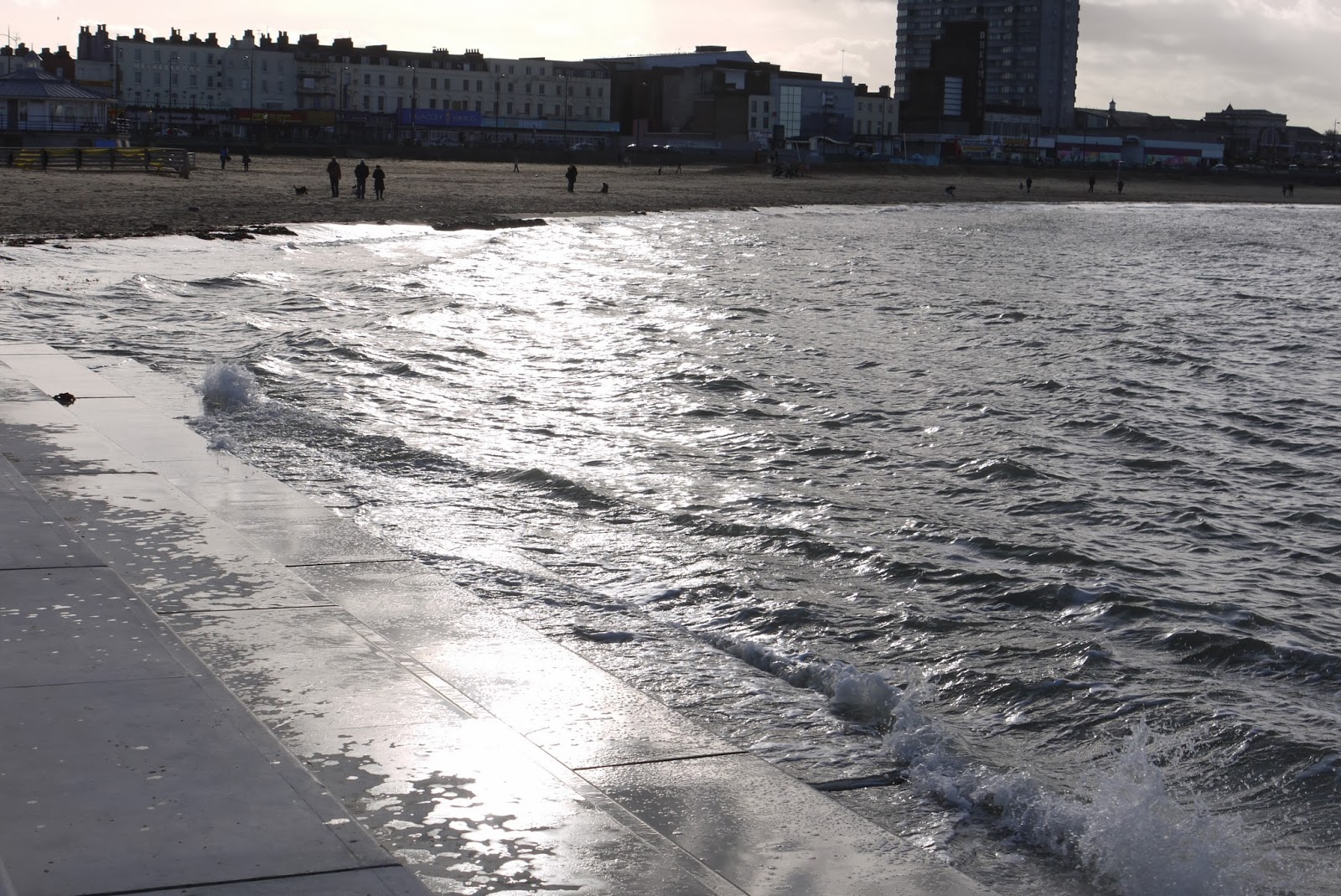 I hope to turn some of the images into other art works this year.
Posted by Padmayogini - Wendy Le Ber at 1:57 pm No comments:

Blessing of the Sea Ceremony Margate 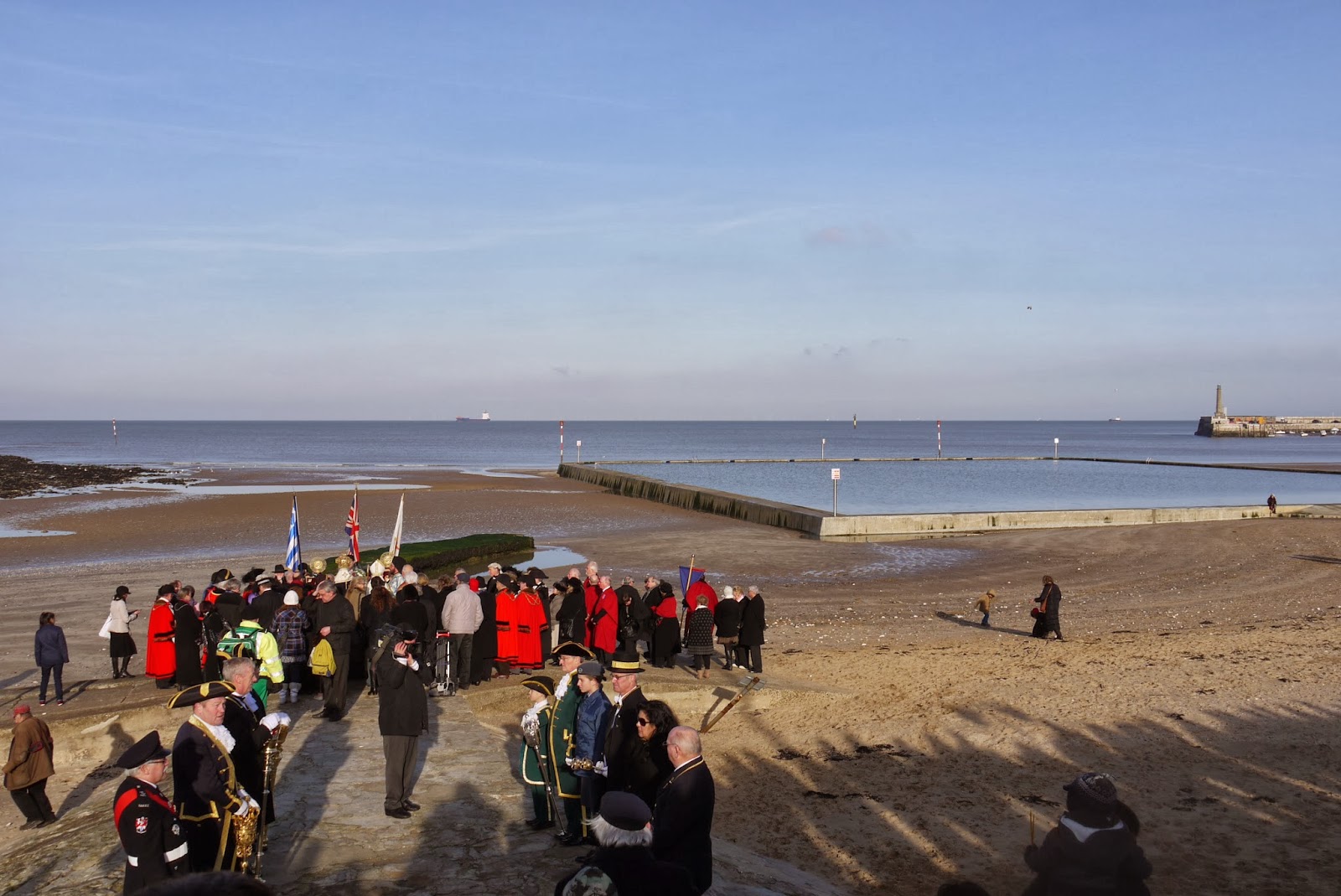 January sees the Annual Blessing of the Seas ceremony in Margate. The ceremony is for
the Feast of the Epiphany/Theophany in commemoration of the baptism of Christ in the Jordan. Margate has a large Greek Cypriot community and the celebration begins with a service at St Michael the Archangel, the Greek Orthodox Church at Margate. 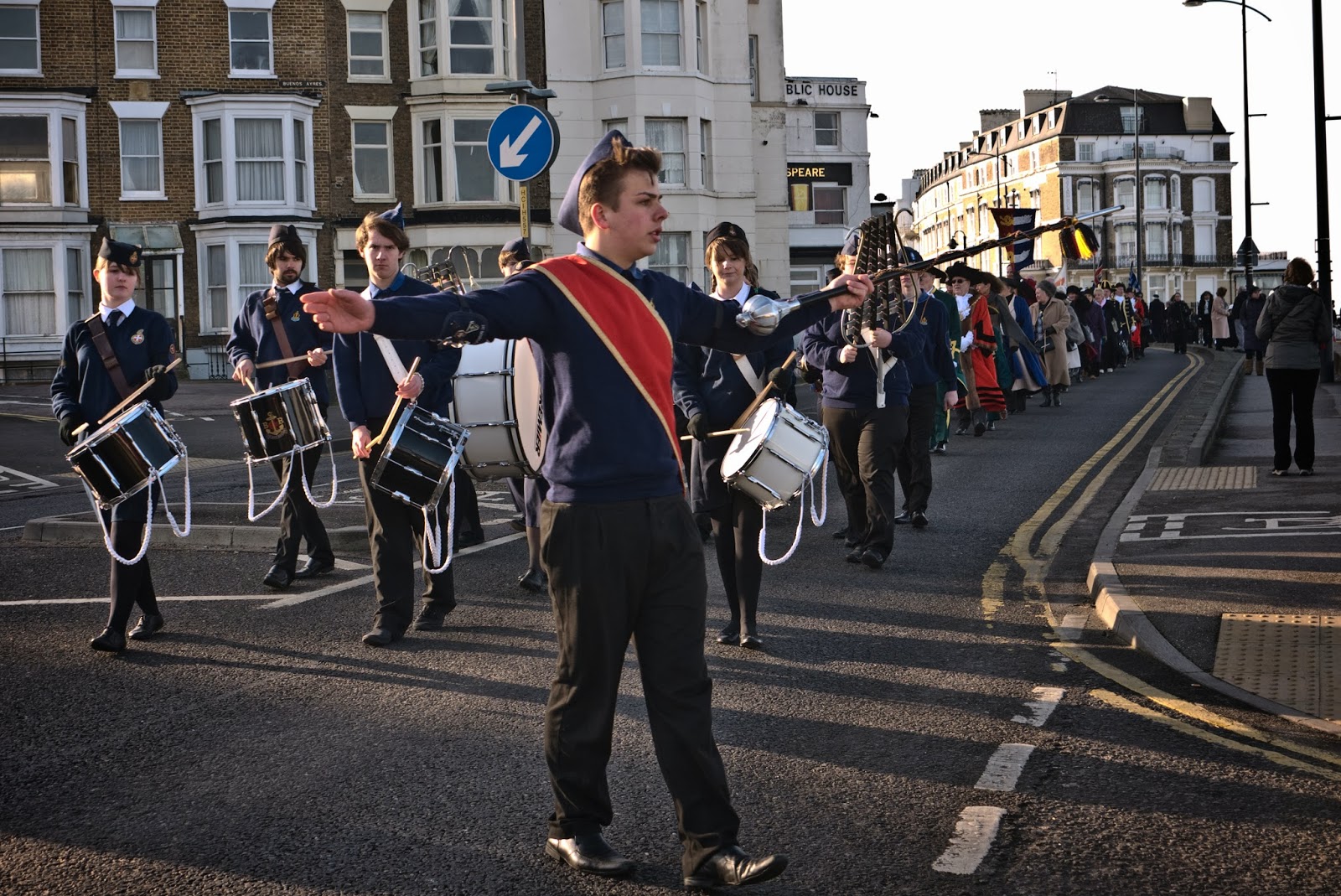 The procession was led by the Margate Girls and Boys Brigade marching band and many local mayors and their mace bearers, and other dignitaries, consular authorities from Greece and Cyprus and clergy from the Greek Orthodox Church walked behind to Nayland Rock, opposite the train station in Margate. 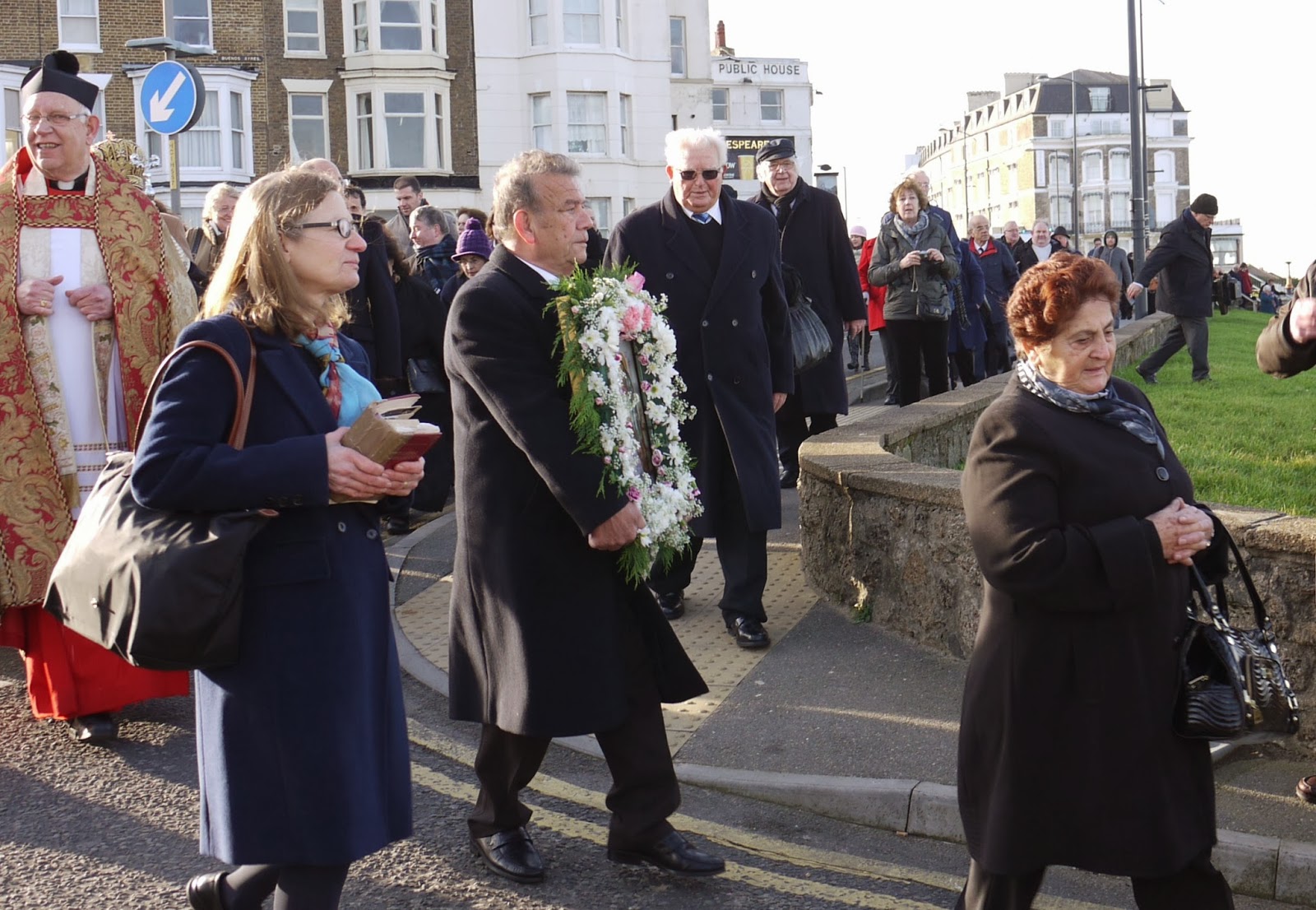 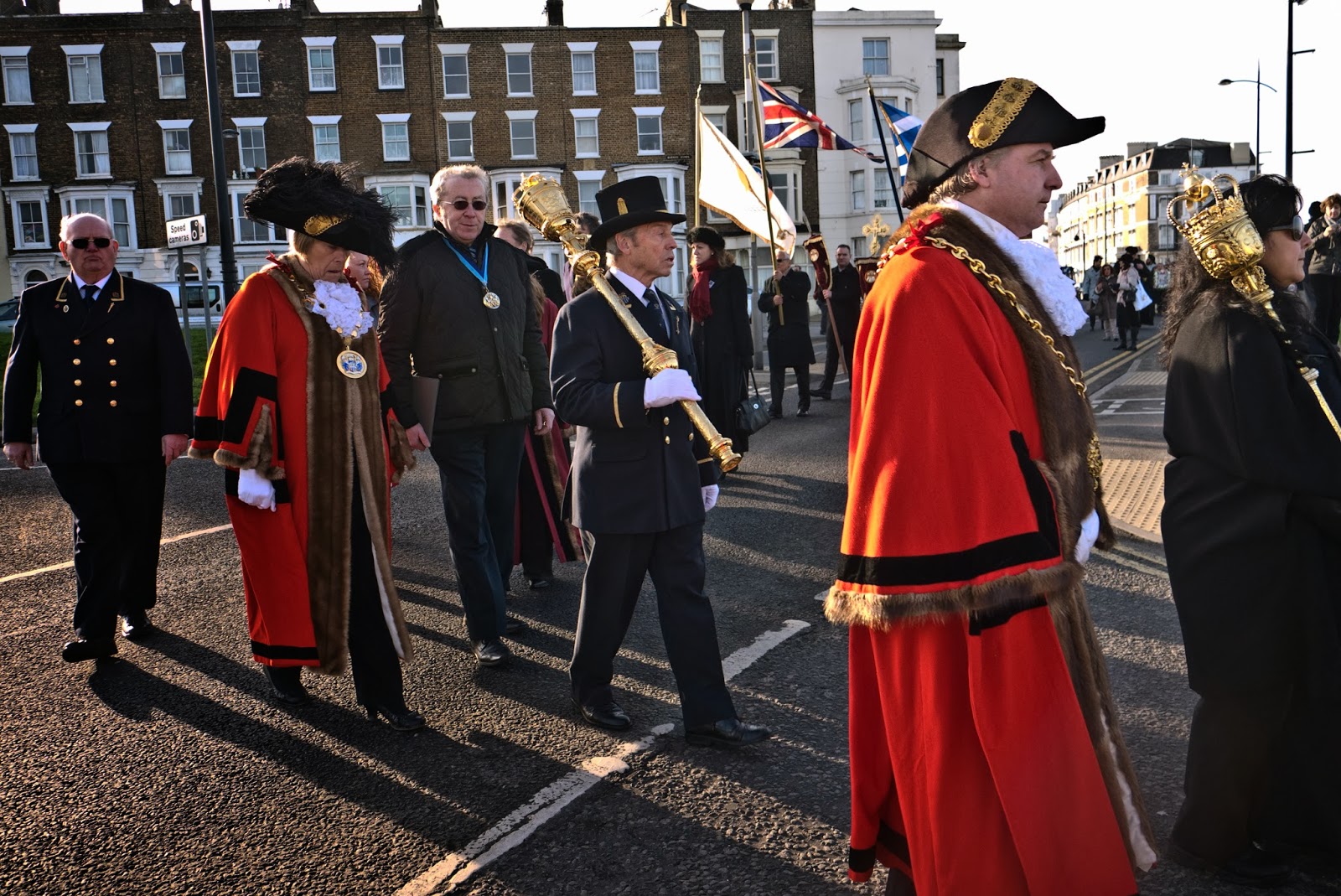 The ceremony is proformed by clergy from the  Greek Orthodox church including Archbishop Gregorios of Thyateria and Great Britain, who conducts the blessing. The Anglican Bishop of Dover was also in attendance. 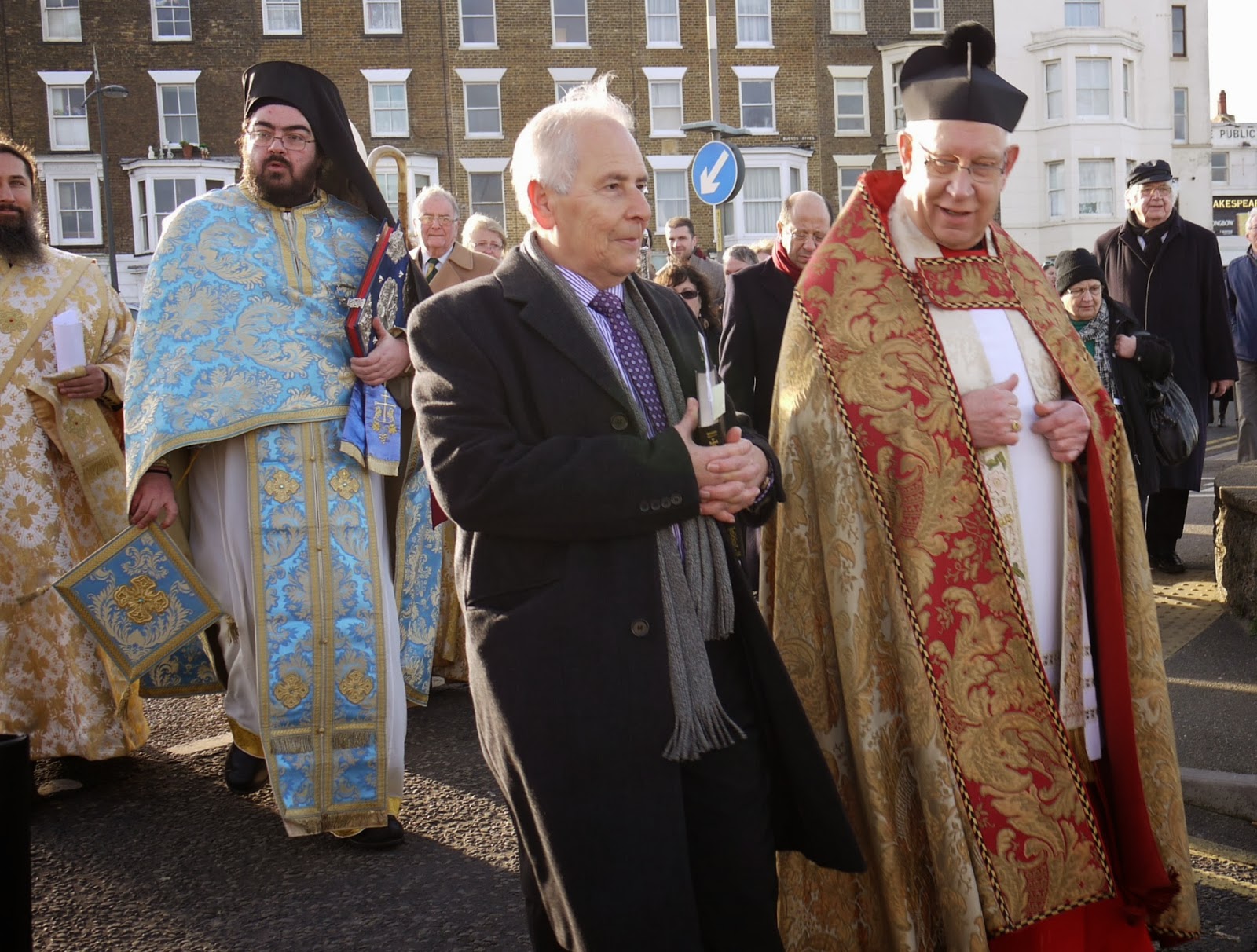 I always enjoy watching processions and seeing the costumes and regalia on show, this year the weather was blue skies and sunshine which was great. I didn't stay for the whole ceremony but could hear the prayers following me as I walked along the sea front. 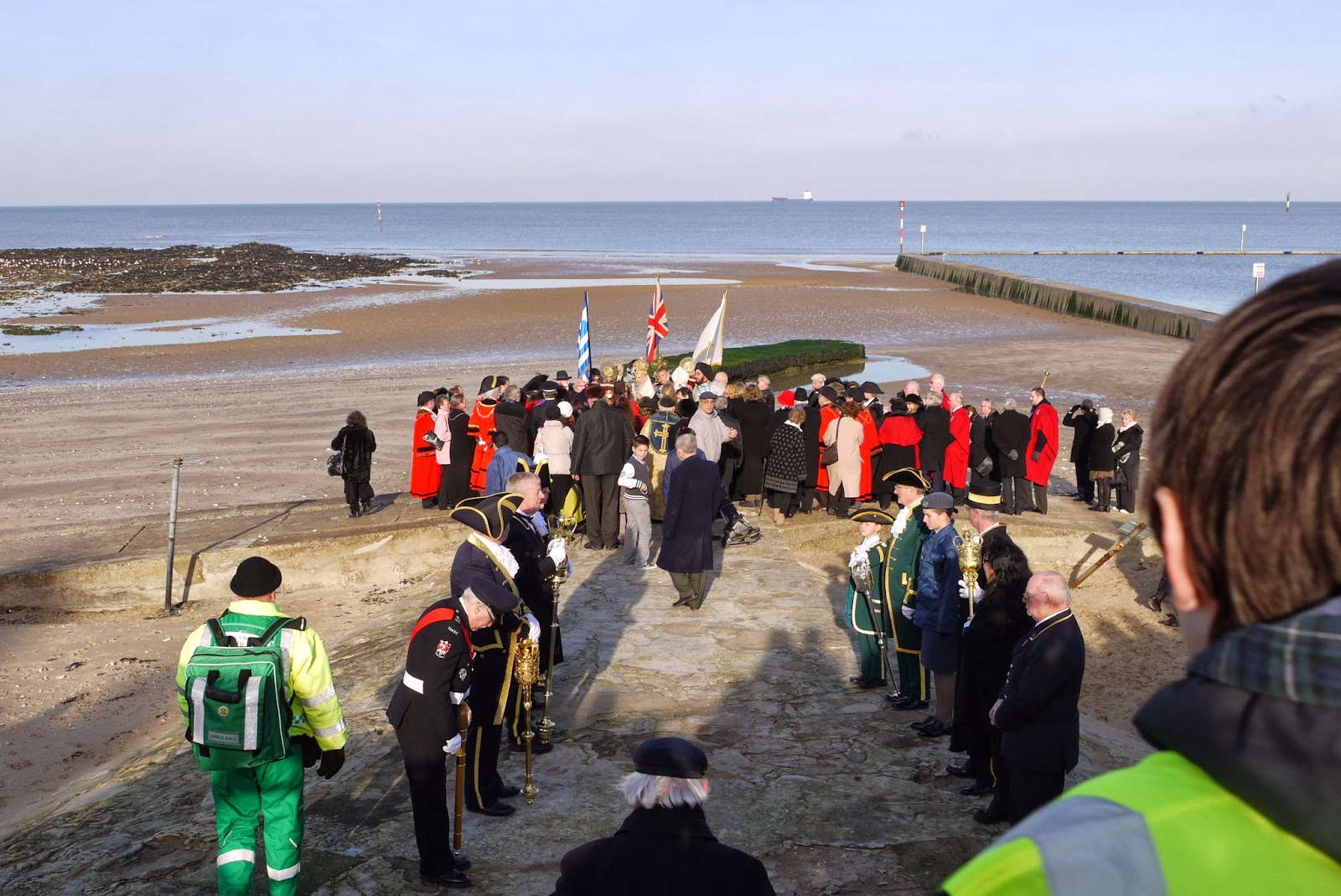 Posted by Padmayogini - Wendy Le Ber at 8:29 pm No comments: