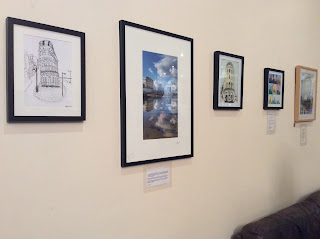 Bernie's Chocolate Bar in Margate, is part of the Flat Iron Building, Imperial House, on the corner of the High Street overlooking the sea. Bernie has been interested in the history of the building since starting her business and to celebrate it's third birthday she has organized an exhibition looking at the history and showing artists responses to it. 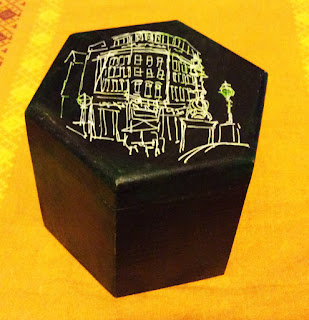 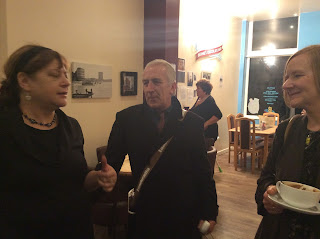 Imperial House was originally called Imperial Hotel, and is one of the worlds oldest flat iron buildings, and was built over 20 years earlier than the famous Flatiron building in New York. 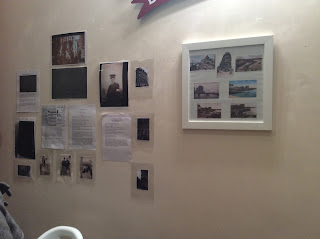 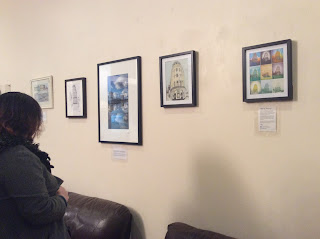 The exhibition includes painting, photography and illustration and I have a wooden box in the exhibition, that I have drawn a picture of the building on.
The box, an re purposed tea box, was made to look like an old souvenir of the flat iron building, painted and distressed. 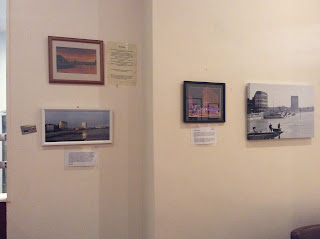 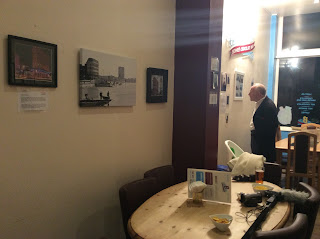 The exhibition is open till Thursday 2nd of March 2017 at Bernie's Chocolate Bar, Imperial House, High Street,  Margate CT9 1AT

Posted by Padmayogini - Wendy Le Ber at 12:23 pm No comments: