The Truman Brewery and Brick Lane. 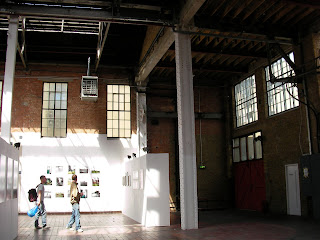 I got chance to have a look at some of the graduate shows on show in the Truman Brewery, Brick Lane. There are a number of weeks of different shows as part of Free Range There were mostly photographic works on show when I went, and I enjoyed wandering round the maze of old industrial rooms filled with images. I enjoyed Henry Everett's film and Kim Jakobsen's portraits in Farnham university's show. Natasha Drewnicki and Lorna Newman's work as part of Falmouth college's show. 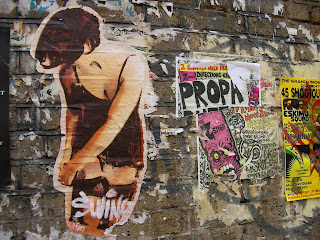 On the way around, walking up Brick Lane I was taking photos of the urban streets and street art around. With a look into the Nog Gallery, and some trendy shops selling 1950's onwards clothes and objects I had a very good day out. 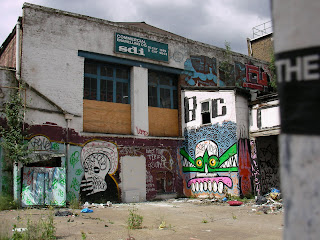 Posted by Padmayogini - Wendy Le Ber at 3:27 pm No comments: