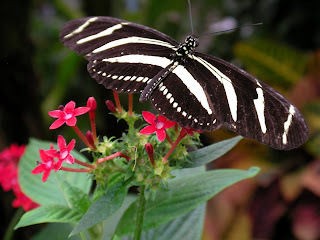 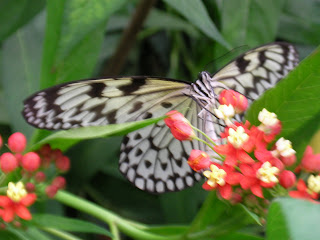 With the butterfly theme going on in some of my recent work, I managed to get along to the temporary butterfly house they had in the front of the Natural History Museum. It was a wet day, as it seems a lot have been this summer again, and the outdoor maze was full of puddles, which the young children seemed to be enjoying. It was a bit of a squeeze inside but there is something quite magical about seeing butteflies flying overhead and settling close to you. 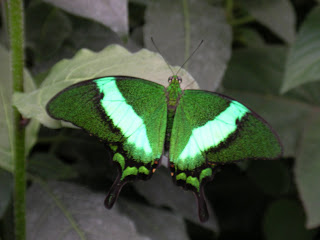 I do remember back in my childhood, the sheer amount of butterflies that I used to see in scrubby grass land and gorse banks, literally hundreds sometimes. Now I am excited if I see one or two in the garden. .The Butterfly Conservation society helps protect some of their habitats.
Posted by Padmayogini - Wendy Le Ber at 5:46 pm No comments:

Publish and Be Damned fair and Brooks Farm 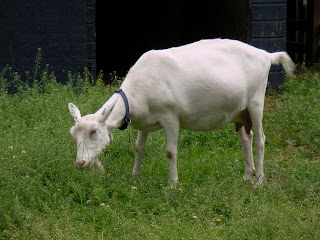 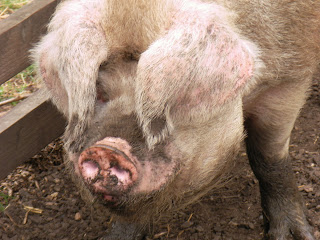 I finally found our own city farm at the weekend. The borough make it very difficult to find the few attractions we have here in Waltham Forest. No signposts from the roads etc.
Brooks farm had, chickens, ducks, geese, pigs, goats, sheep, ponies, one llama and some small animals and a small aviary.when we visited. Some of the buildings were in need of rebuilding, some areas had received funding for development, but quite a lot still needs some TLC.

We took some photos, the cockerel made a good display of calling one of which I recorded.There were quite a few young ducks and geese and turkeys, which were being carefully supervised by their parents. 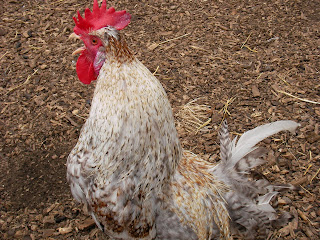 On Sunday there was a self publishing fair, Publish and Be Damned in Hackney. I hadn't heard of it before but apparently this was the fifth fair. There was a good mix of exhibitors producing newspapers, comics, graphic books, handprinted books, audio work, and the usual accompanying, badges tee shirts and bags. 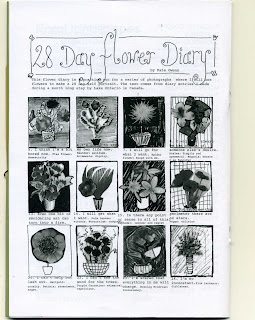 we bought a number of interesting pieces, including small booklets from Leisure centre which has guest editors and contributors on particular themes each issue. As did quite a number of published magazines. I choose 2 of mono kultur's magazines which were interviews with photographers, and an issue of Garageland with nature as it's theme.

This page is from Isabel Greenberg's small book called Flora and Fauna. 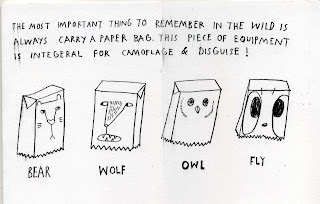 There were a lot of visitors and a good buzz to the place. I came away with renewed enthusiasm for producing my artists books, and worked on a few of them when I got back.
Posted by Padmayogini - Wendy Le Ber at 11:52 am No comments: 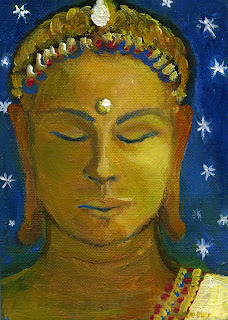 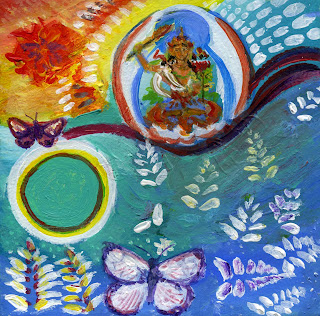 I carried on with more of my small paintings, a secondary theme of butterflies emerging as I was painting. Some of the images, like the Buddha with butterflies I will develop as a larger painting and the unicorn too. 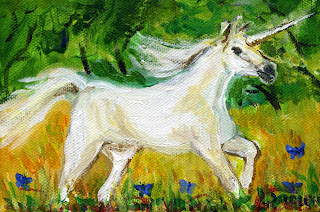 E17 Designers were part of the Green Fair and new symphony inspired by work by William Morris at Lloyd and Avelling park in Walthamstow a short while ago. We were lucky with the weather, in that it only rained for moments, though it was very cold for July! It probably wasn't the best idea by the council to split the events so distinctly across the parks, but we had a fair number of visitors to our stalls. I am trying out new ranges of prints and ideas for these events, and it's good to get feedback from the public, and that a number of people recognised my work from local exhibitions. 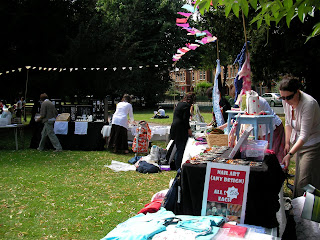 There was an exhibition of art work in the theatre and these fish on the windows threw out lovely reflections on the corridor. 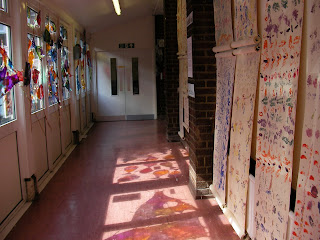 Posted by Padmayogini - Wendy Le Ber at 12:48 pm No comments: