The Red Ladies come to Margate 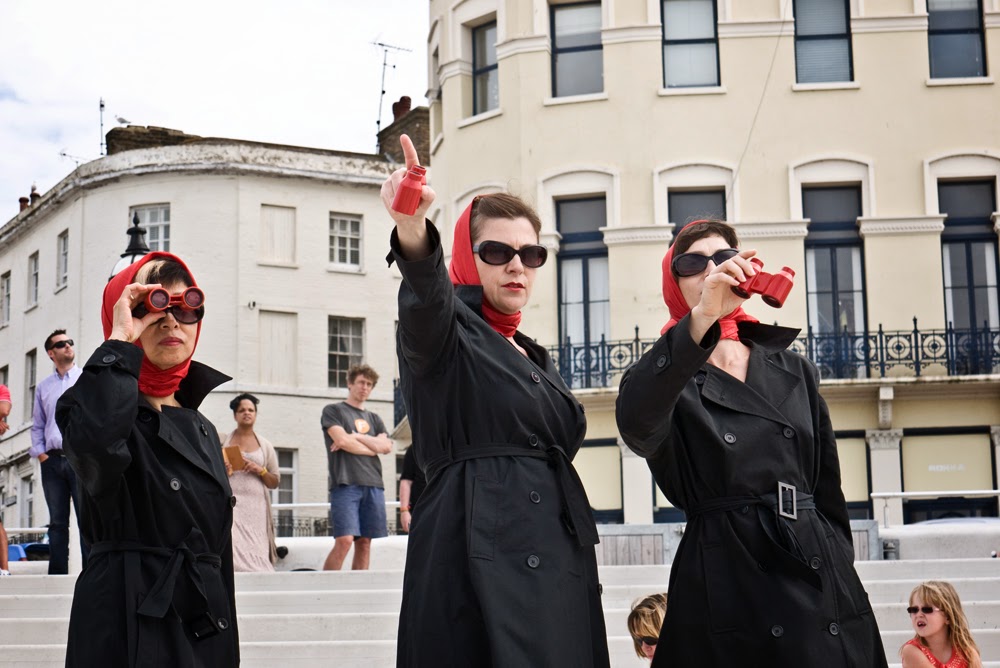 I was down at the harbour and Turner Contemporary Gallery on Friday to see The Red Ladies from Clod Ensemble. Their website here  They are part of the Summer of Colour, website here  Lots more events to see and take part in on the website. 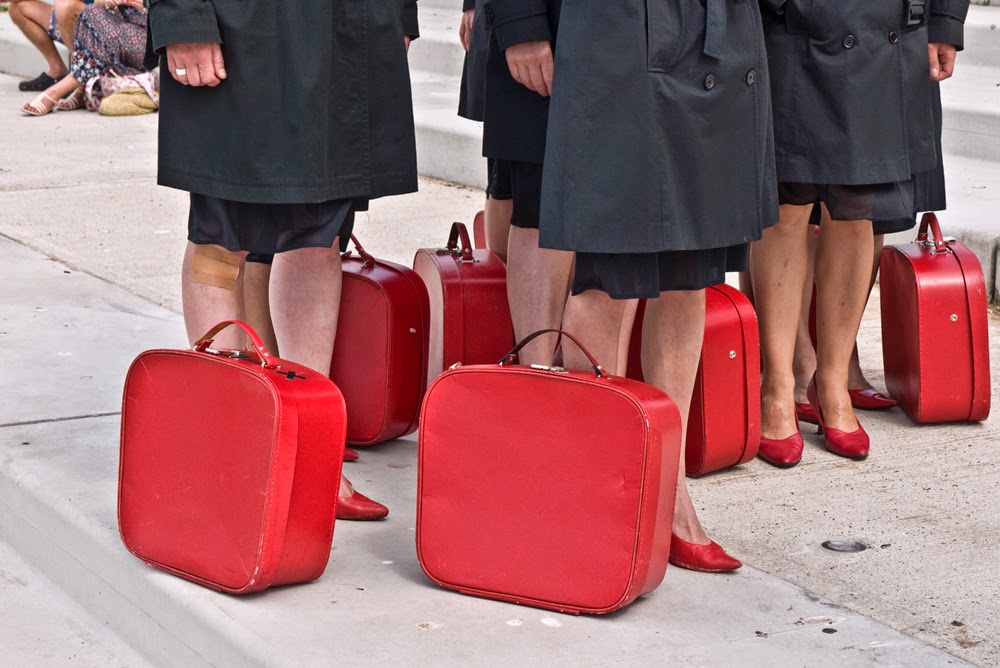 This is an ongoing performance that takes identically dressed woman, in black raincoats, red head scarfs, red heels and red cases and puts them in various site specific perfomances. 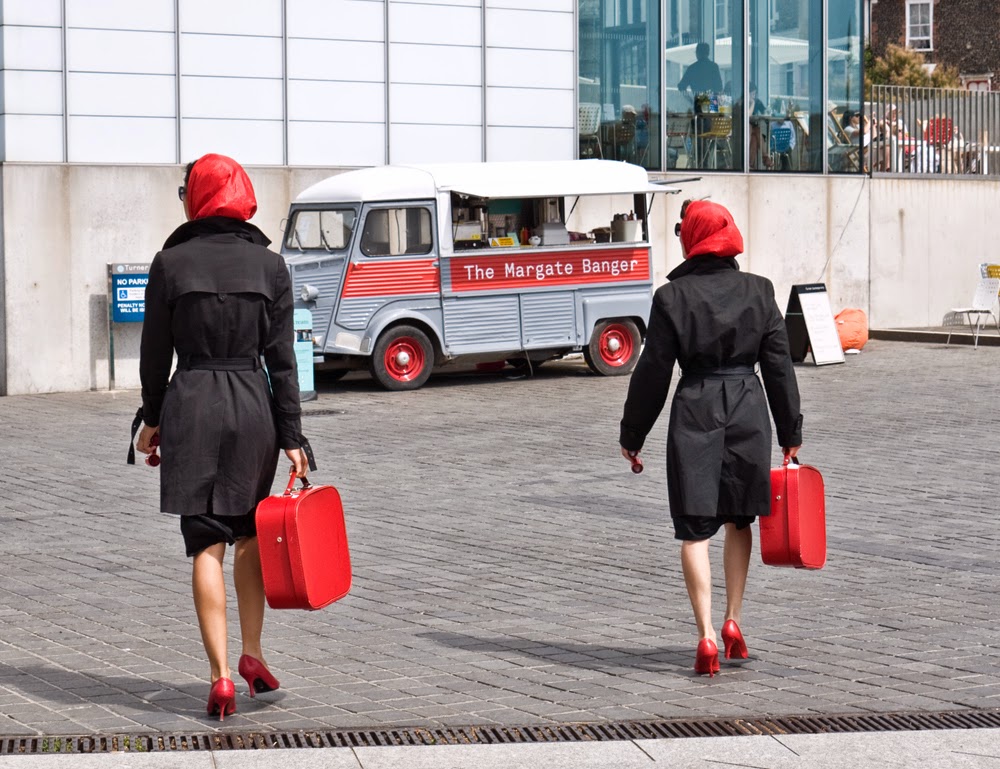 Their appearance reminds me of 1950's styles and there is something a little bit menacing and a little bit exciting about seeing them appear, silent and purposeful.

The Red Ladies appeared inside the gallery, up on the roof, around the harbour and on the steps. 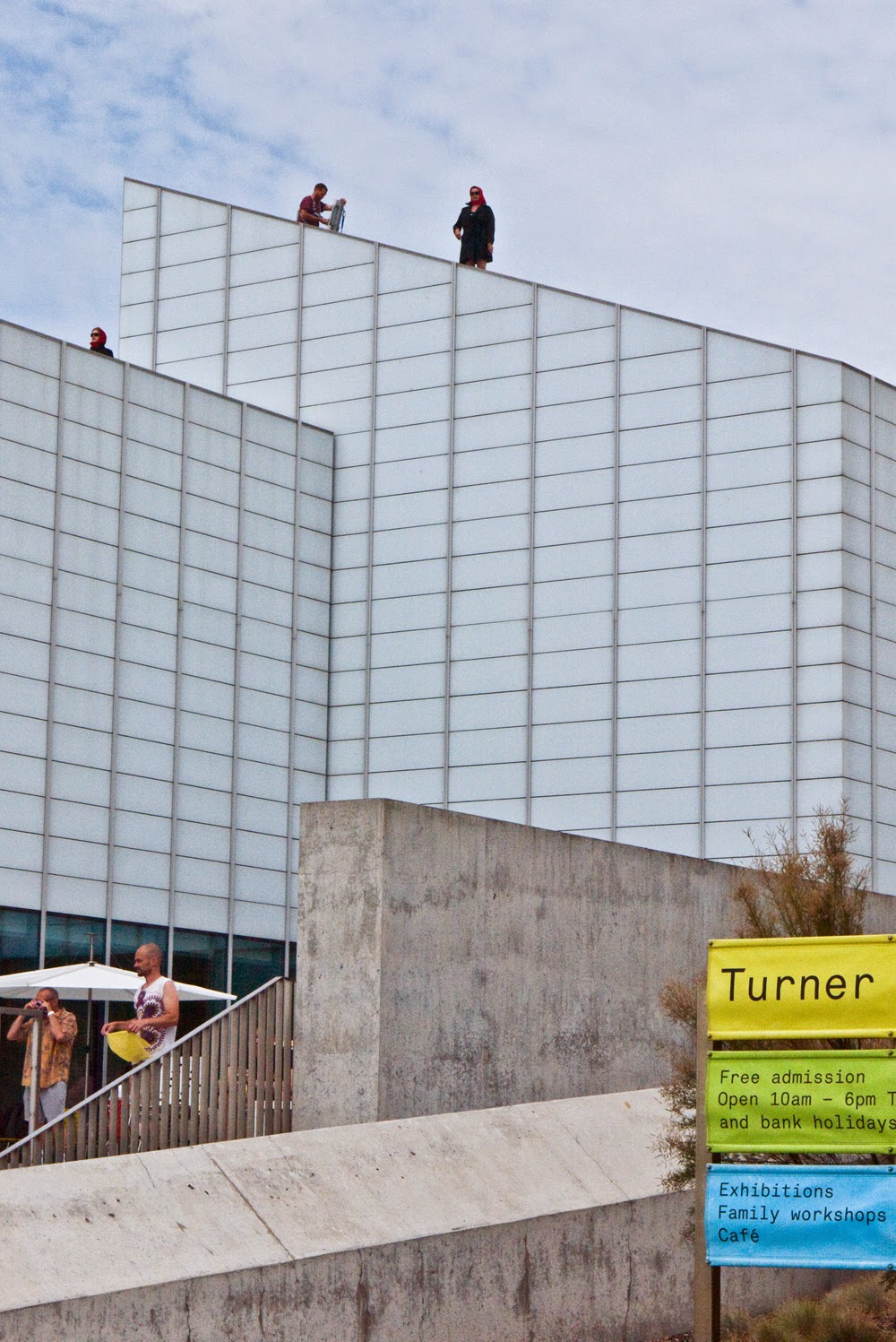 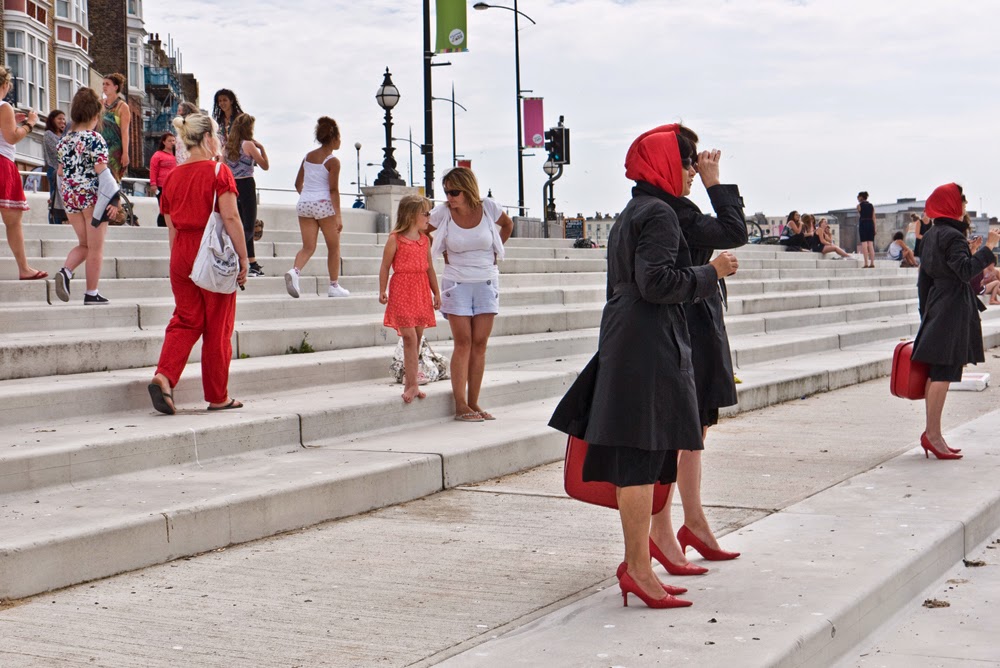 Some also took to the sea in boats, waving from a dinghy and a sail boat as they sailed around the harbour arm. 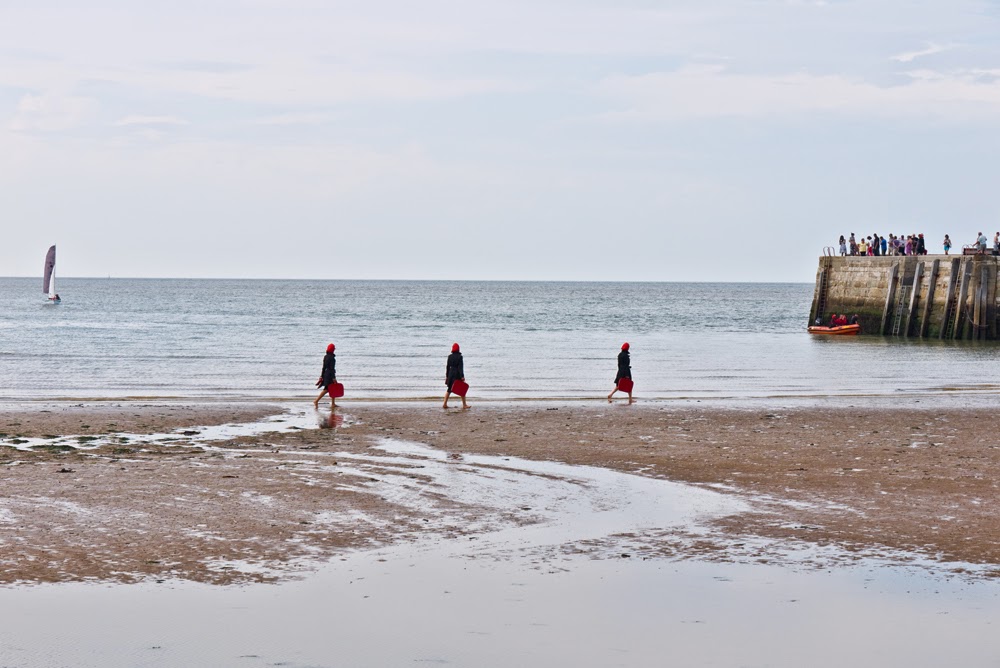 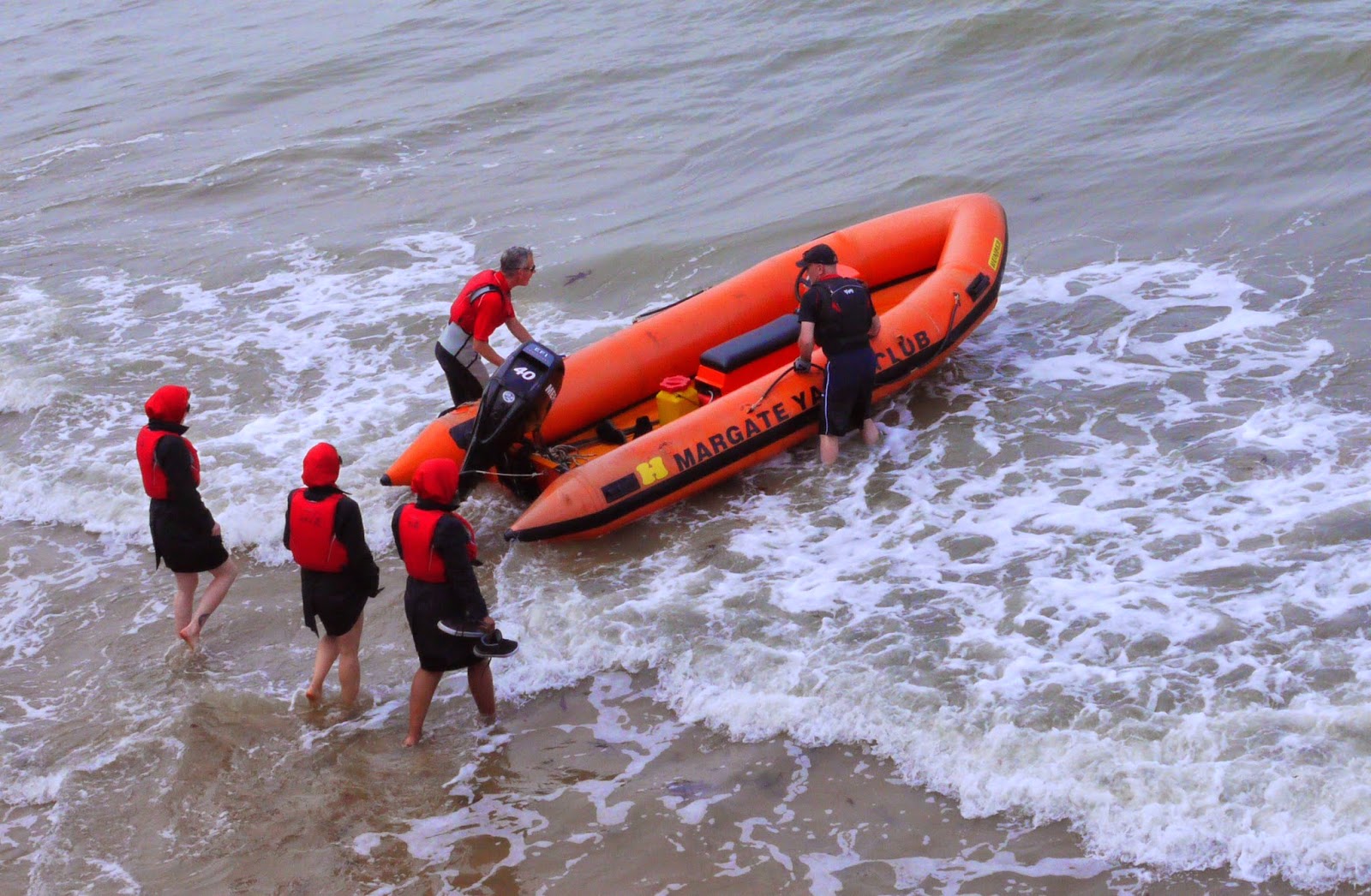 Members of the public looked on some amused some curious. I liked the juxtaposition of the Black Riders from Poland, and the Red Ladies. The bikers were also down around the harbour. 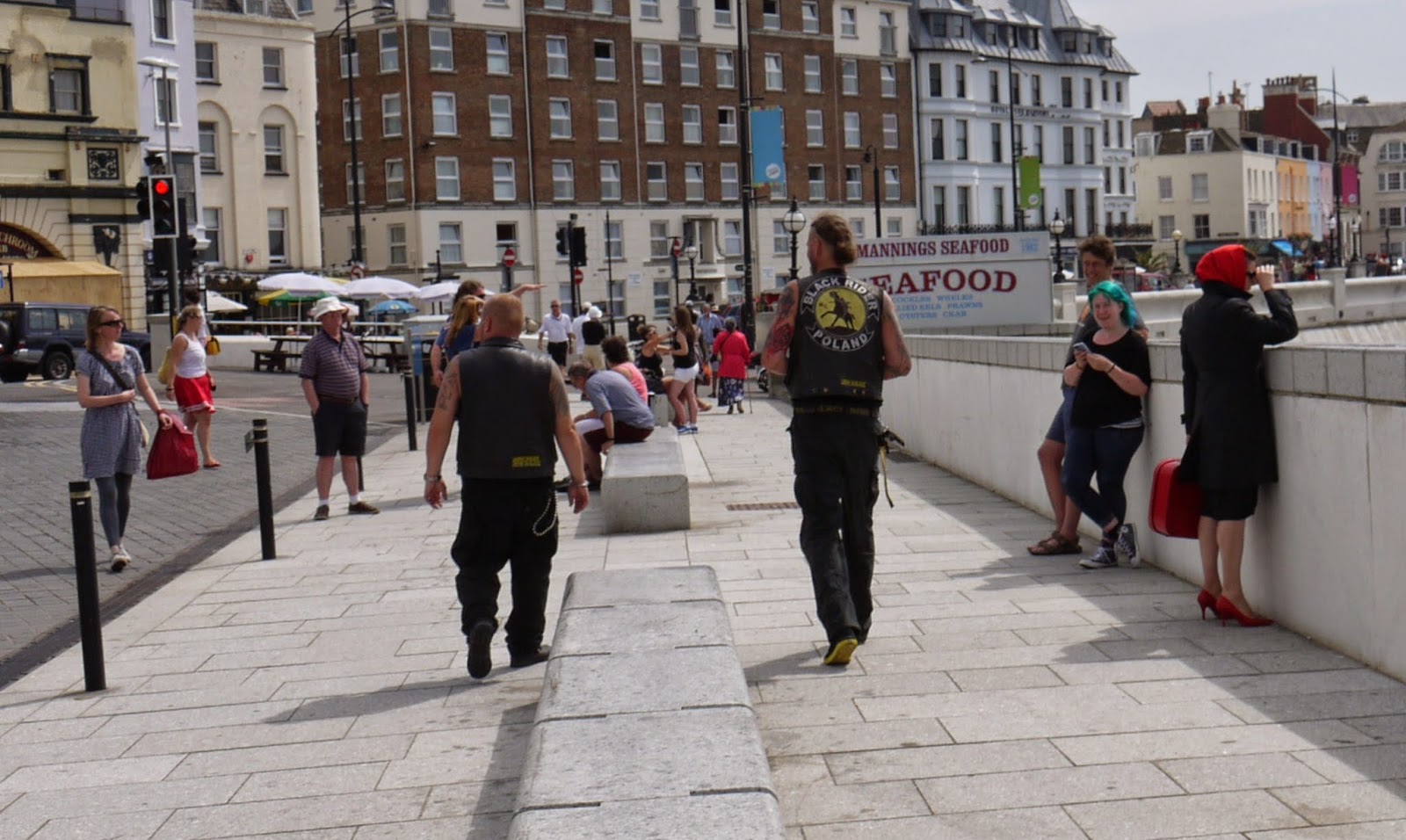 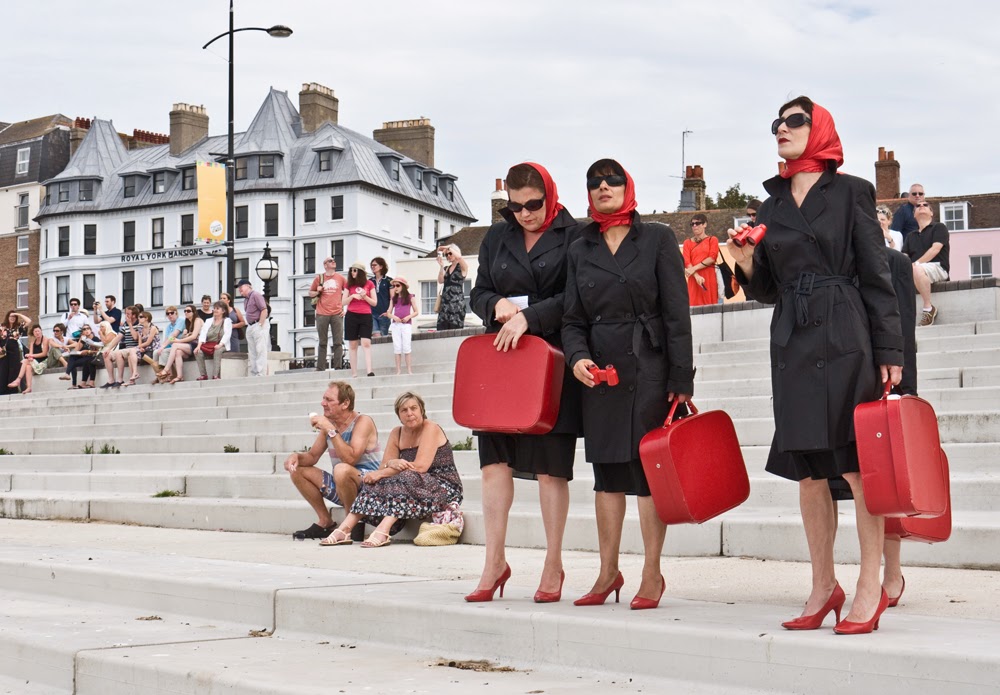 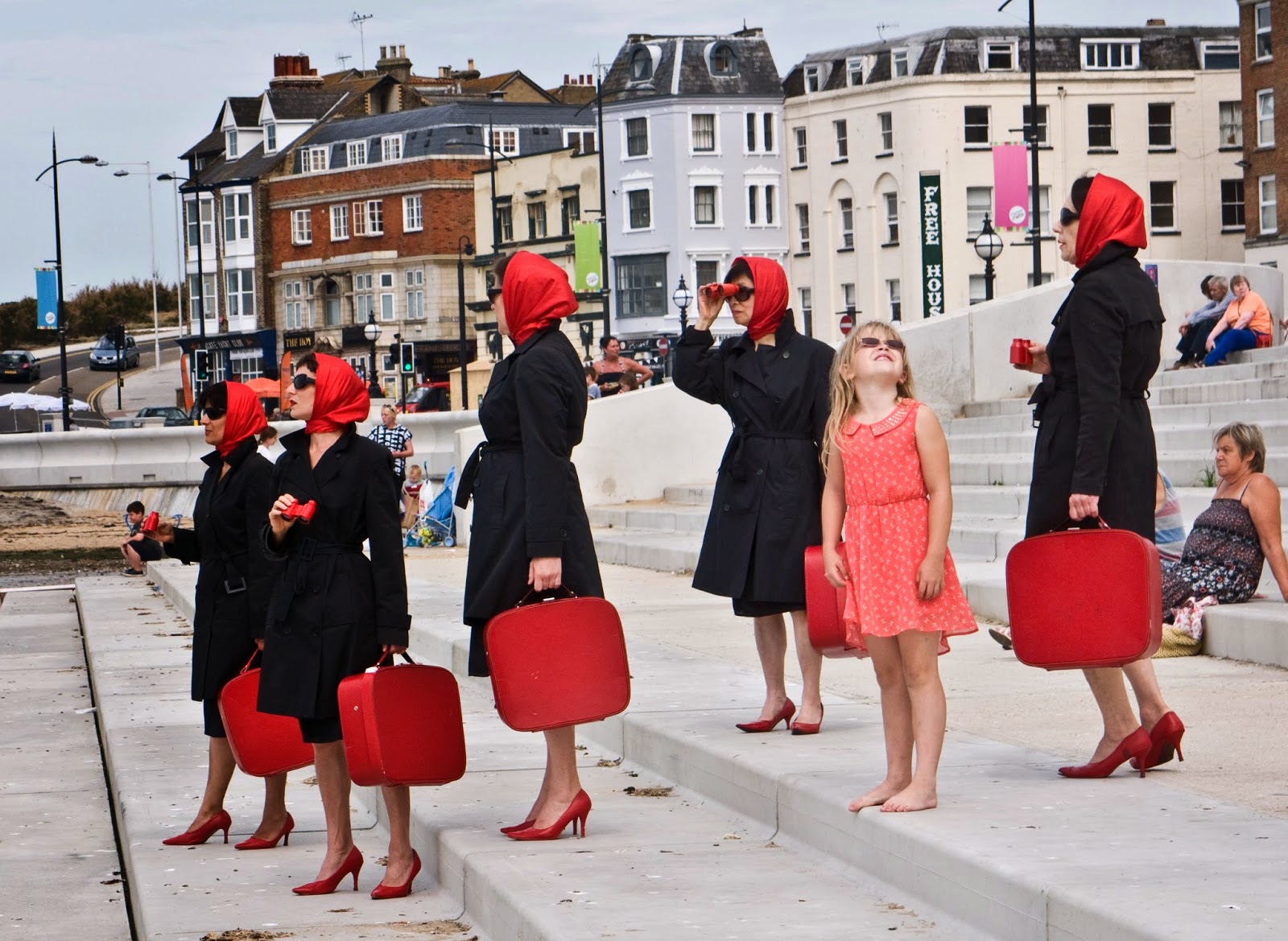 Posted by Padmayogini - Wendy Le Ber at 6:22 pm No comments:

Mondrian and Colour exhibition in the Turner Contemporary, Margate.


I have been to see the show a few times now and really recommend it.  The exhibition takes work from Mondrian's early start to the abstract grid designs of his later life.  These geometric canvases are probably what most people would recognize as they have been used by designers and advertisers to date. 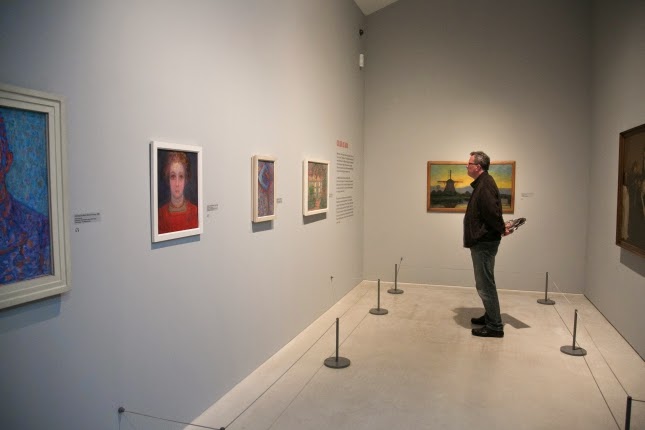 But for me the highlights of the show are the earlier works, where Mondrian is exploring the spiritual in art. I feel a sympathy for this process as my work is also about this exploration. 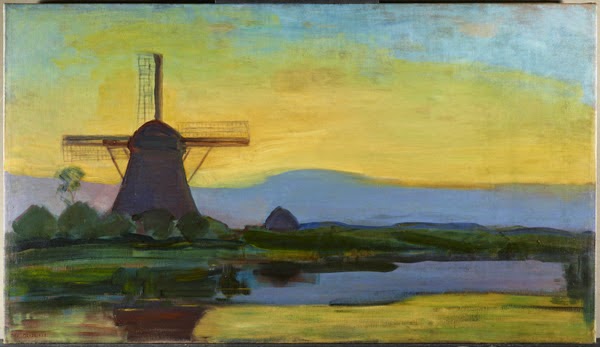 There are some beautiful landscapes and tree paintings and a few of the iconic windmills that were a common sight for Mondrian. I loved the colours he used from the more subtle tones to his later exploration of colour as its own force, such as in the red windmill.

There were several portraits in the exhibition of which Devotion was one that stuck me the most. A beautiful portrait of a young woman gazing upward and giving us a sense of the spirituality that Mondrian was exploring.

Mondrian became interested in Theosophy 1908  and in 1909 he joined the Dutch branch of the Theosophical Society in common with a number of other painters at the time.
He also  became interested in Steiner and Goethe's theories on colour.  Link to an article on Goethe's theories on colour here Link to Theosophical society here
Link to Steiner house here

"His journey towards abstraction accelerated after 1908 when he became interested in theosophy and, in particular, colour theory. He came to believe that painting could simultaneously embody nature and spirituality. After reading Goethe’s Theory of Colours he saw this union as best captured in blue (representing darkness) and yellow (representing light), with red intensifying each colour. “To approach the spiritual in art,” he wrote, “one will make as little use as possible of reality, because reality is opposed to the spiritual.” extract from the review in the New Statesman. 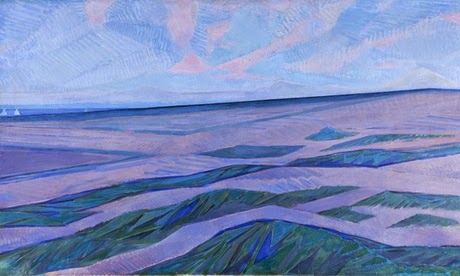 Mondrian discovered cubism in Paris where he returned after the war in 1919. It was through cubism that he found a way to move from representation altogether. In using these lines and colour combinations Mondrian was seeking a way to express the underlying spiritual order in life. He was using a clear universal aesthetic language that he and others in the Stijl movement hoped would transcend divisions in cultures 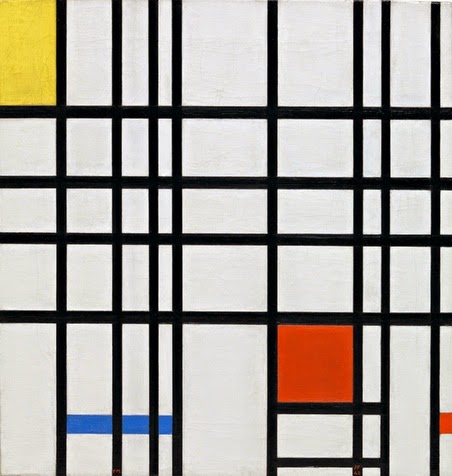 The exhibition is well worth a visit or two especially to see the unfolding of Mondrian's work. It is on till 21st of September.