The Olympic games has ended and I'm only just catching up with my own visit to the games.I was up very early on the 30th July for the handball session that I'd managed to get tickets for, after many days and hours on the internet.  Ruth and I walked to the Eaton Manor gate, which unlike Stratford had nobody waiting to go in and only us in the queue at the security gate! 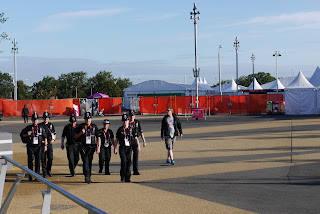 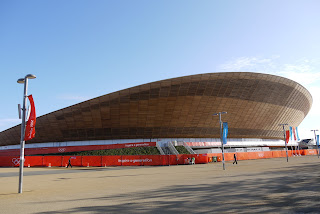 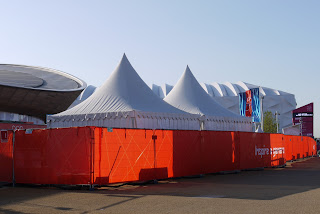 I think there had been some serious over estimate at how many people would use this entrance to the Olympic Park, though for us it was great, we just sailed in. Some of the iconic structures like the velodrome stood out with out the crowds in front of them. 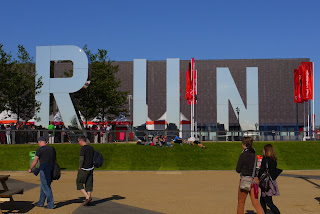 It was good to come into the park from the opposite end to Stratford as we had a very different view of the site. We spent some time exploring the natural areas around the river, all planted with trees, wild flowers and grasses. 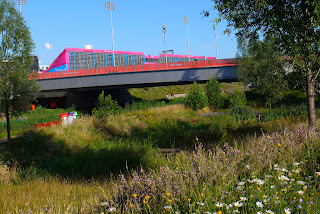 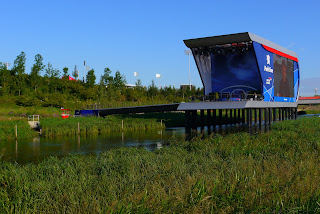 The large screen was set in the marsh in front of the river looking a bit surreal with a few ducks and a moorhen  swimming on the water. Just across the way we sat and watched housemartins skimming over the water for insects.

By the time we got to the Copper Box, the venue for the handball, the park was filled with crowds of people. I'd never watched handball before and enjoyed the fast paced matches where goals were scored every minute or so. 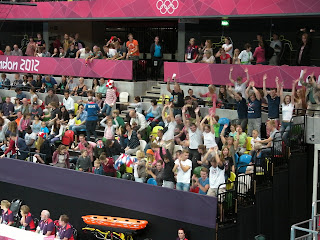 We walked to the Stratford gate to go back home, around the Orbit Tower, which is not my favourite structure, and I think looks out of place in the park. 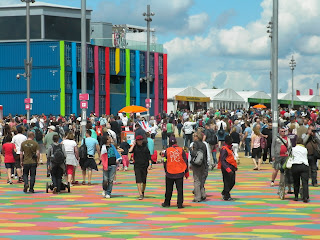 The atmosphere inside the park as most people have remarked on, was very good natured and friendly, lots of people decorated with flags and excited children everywhere. 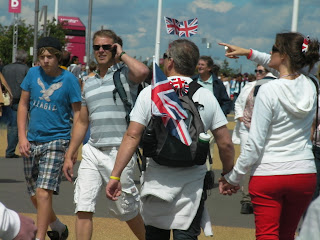 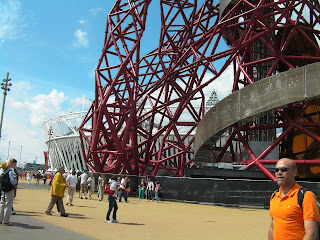 We have tickets for the Paralympics and I'm hoping to explore the park a bit more and find some more of the art works on the site as well as enjoying the games.
Posted by Padmayogini - Wendy Le Ber at 8:16 am No comments: