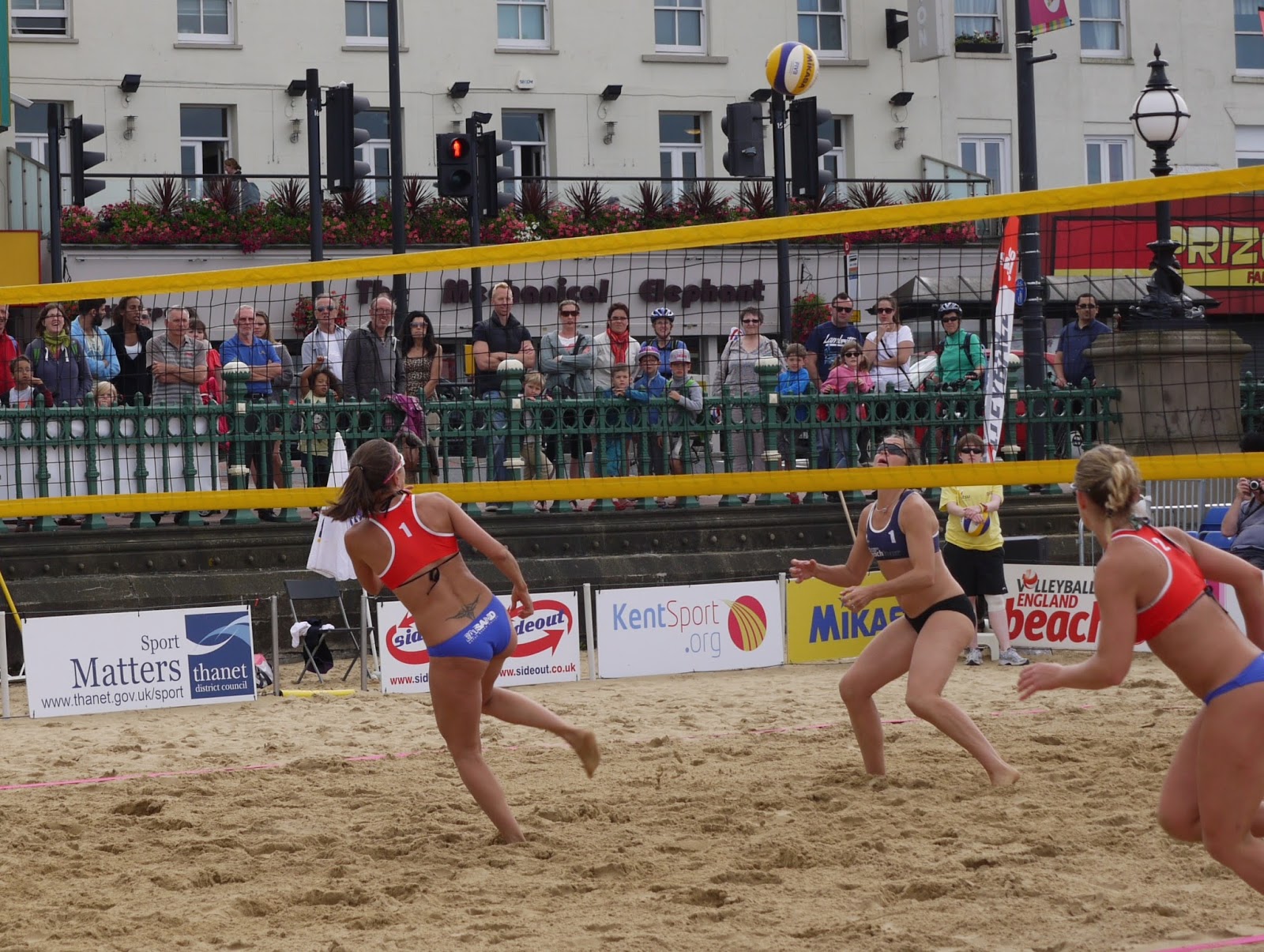 Volley Ball England held it's annual Beach Tour finals at Margate on the 16th and !7th of August. website here 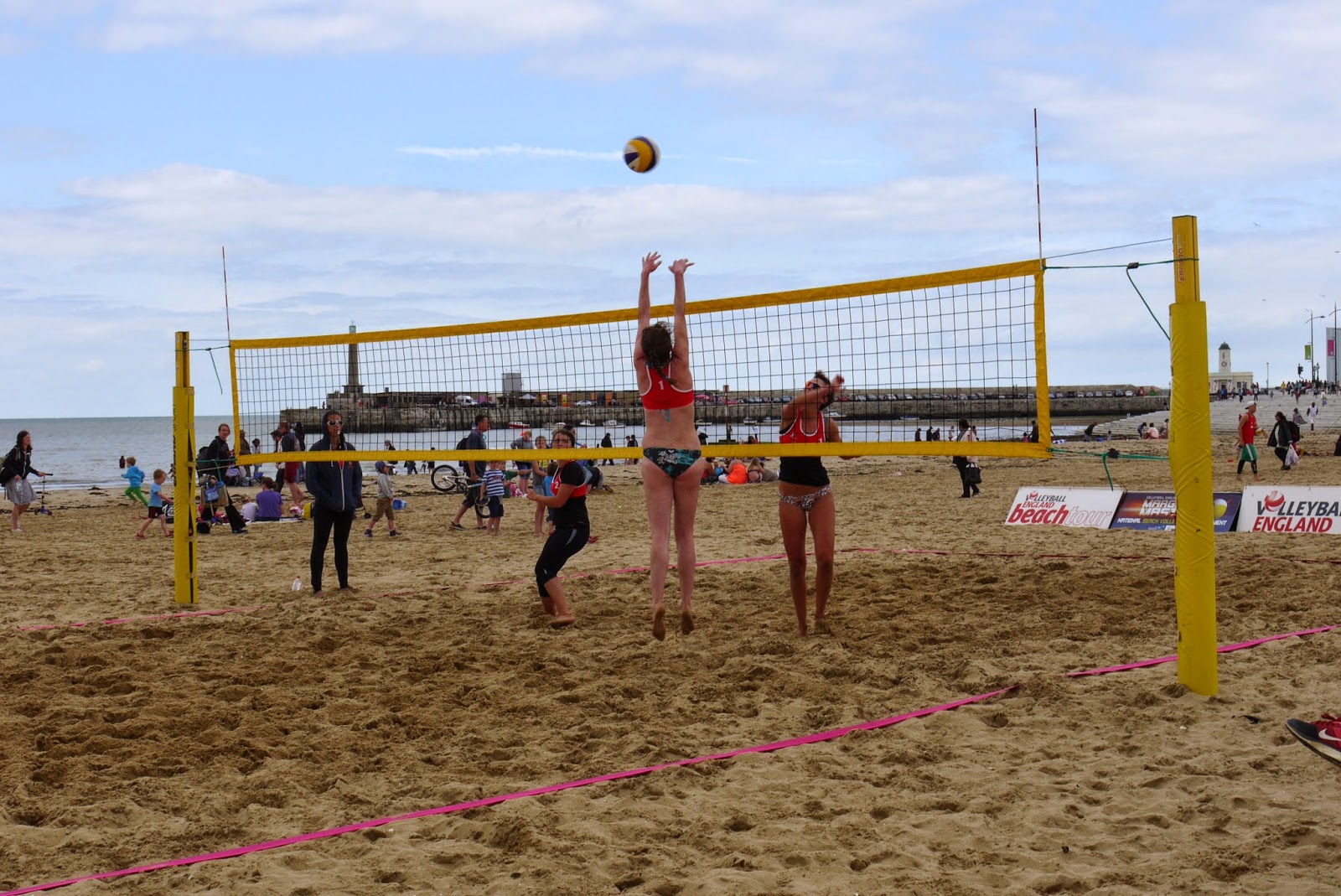 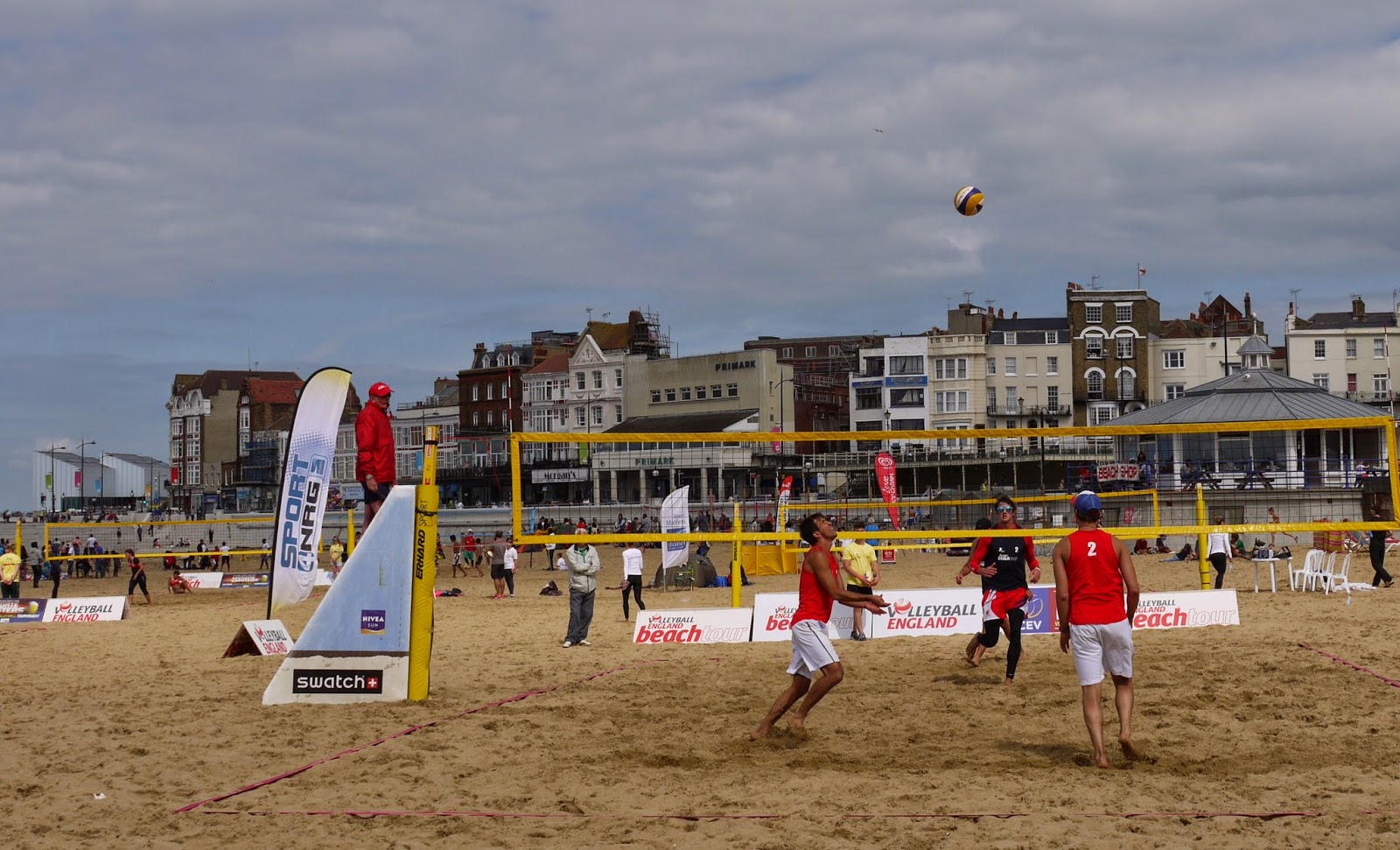 I liked the main sands set up with practice volley ball nets among the visitors enjoying their day at the beach and swimming in the sea. 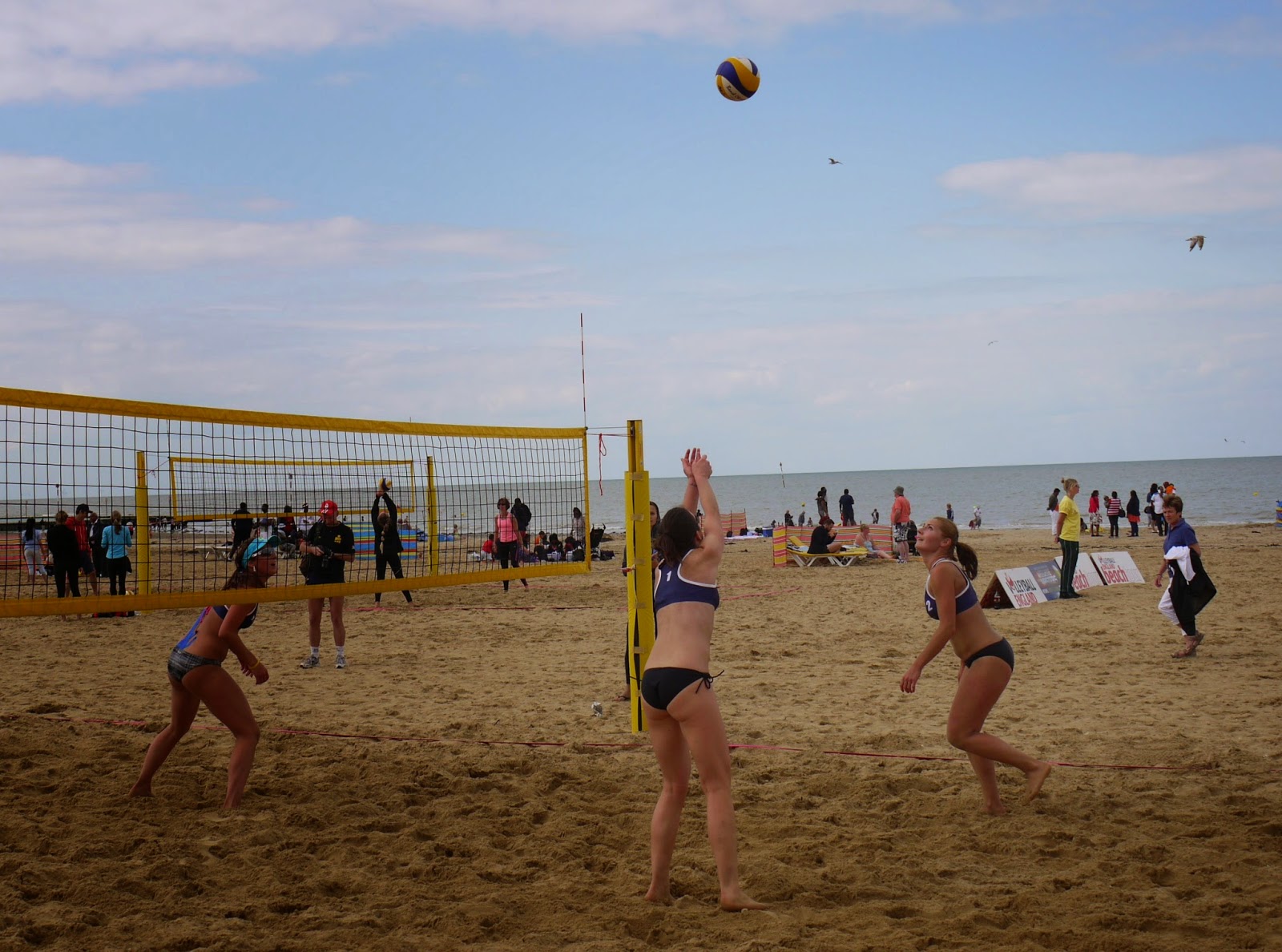 Men and woman were using the nets and the public was also encouraged to have a go. 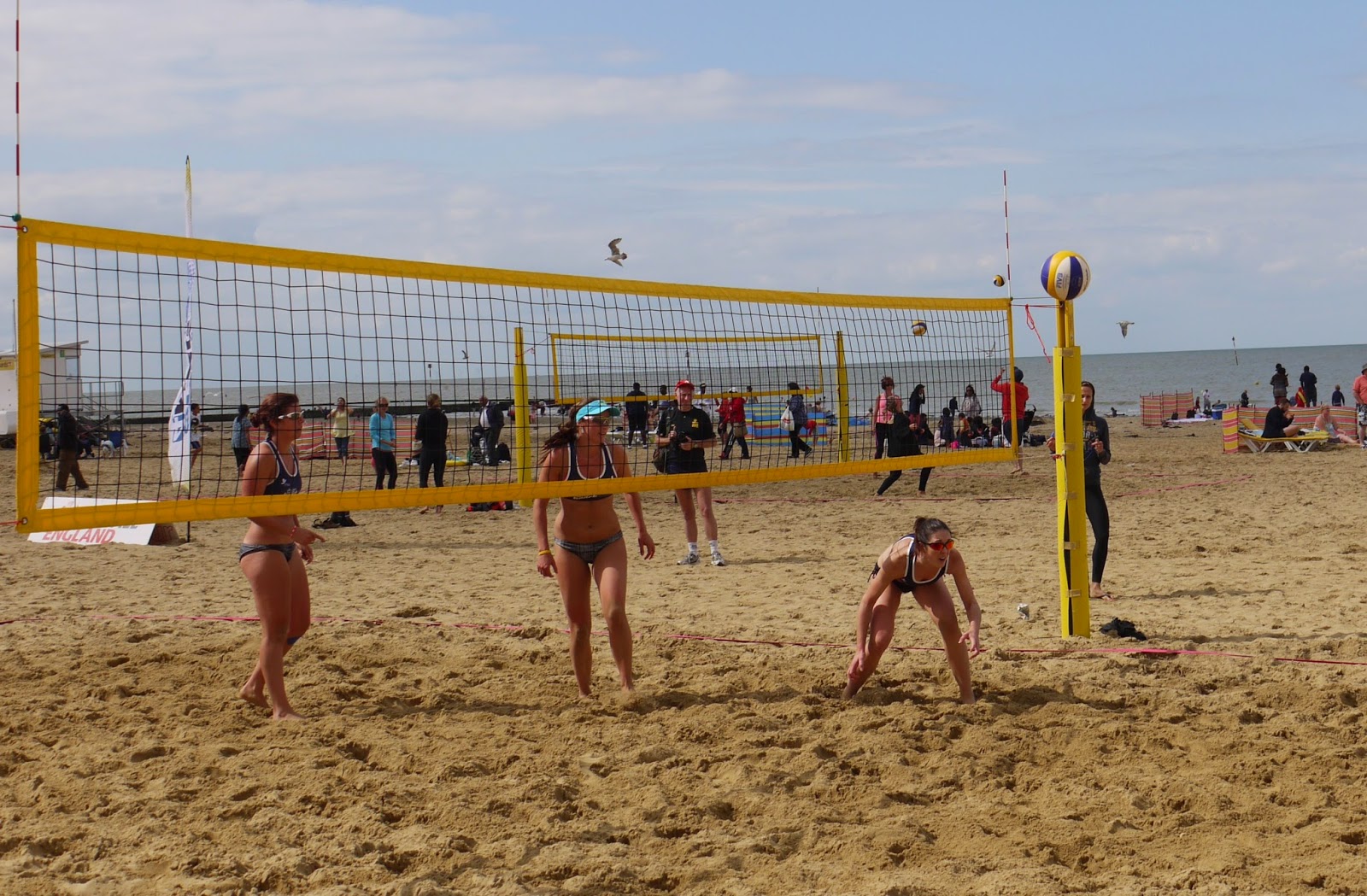 On the main court children were also enjoying a coaching session that at one point had them hitting balls over the nets on to the bodies of their competitors lying on the sands. 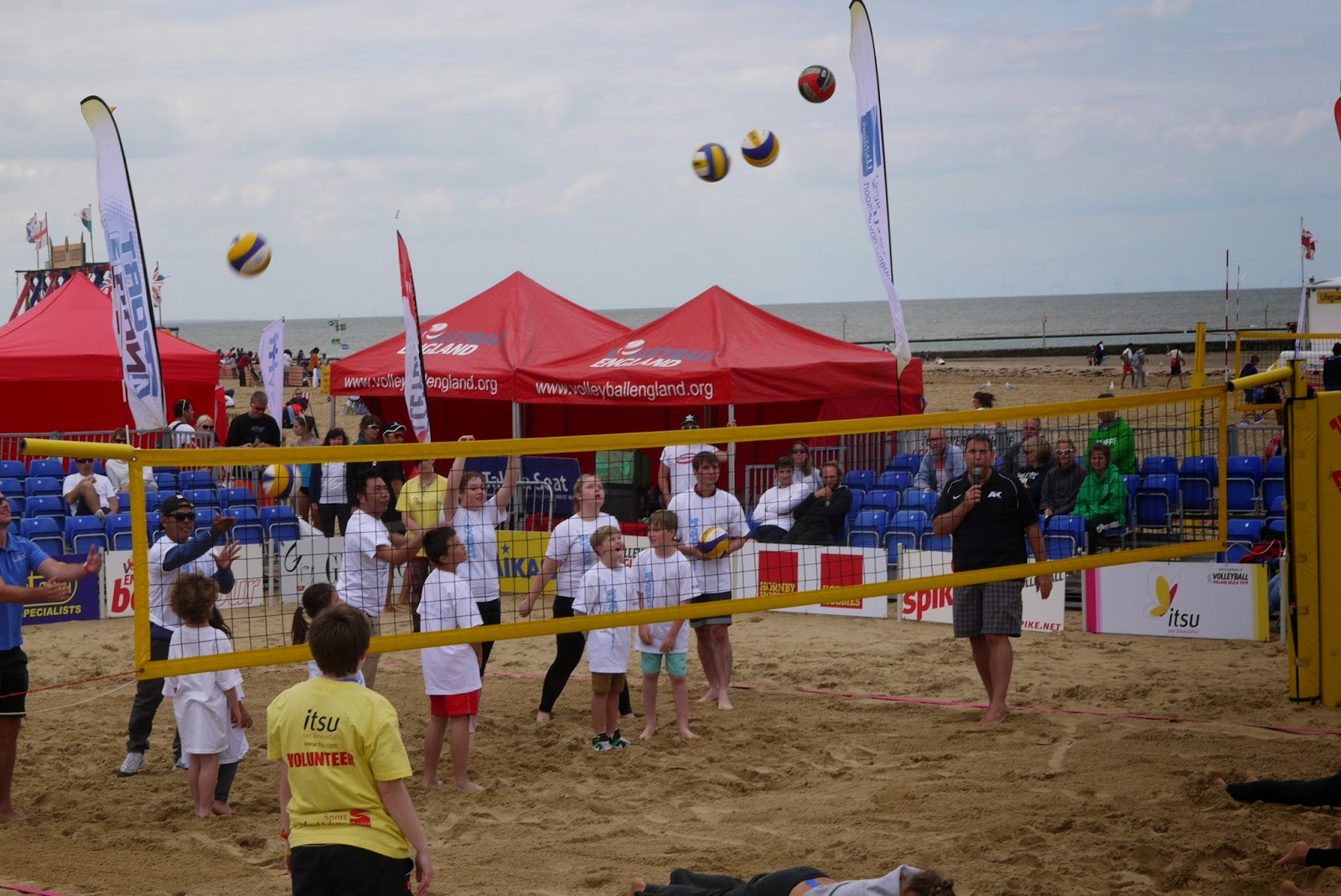 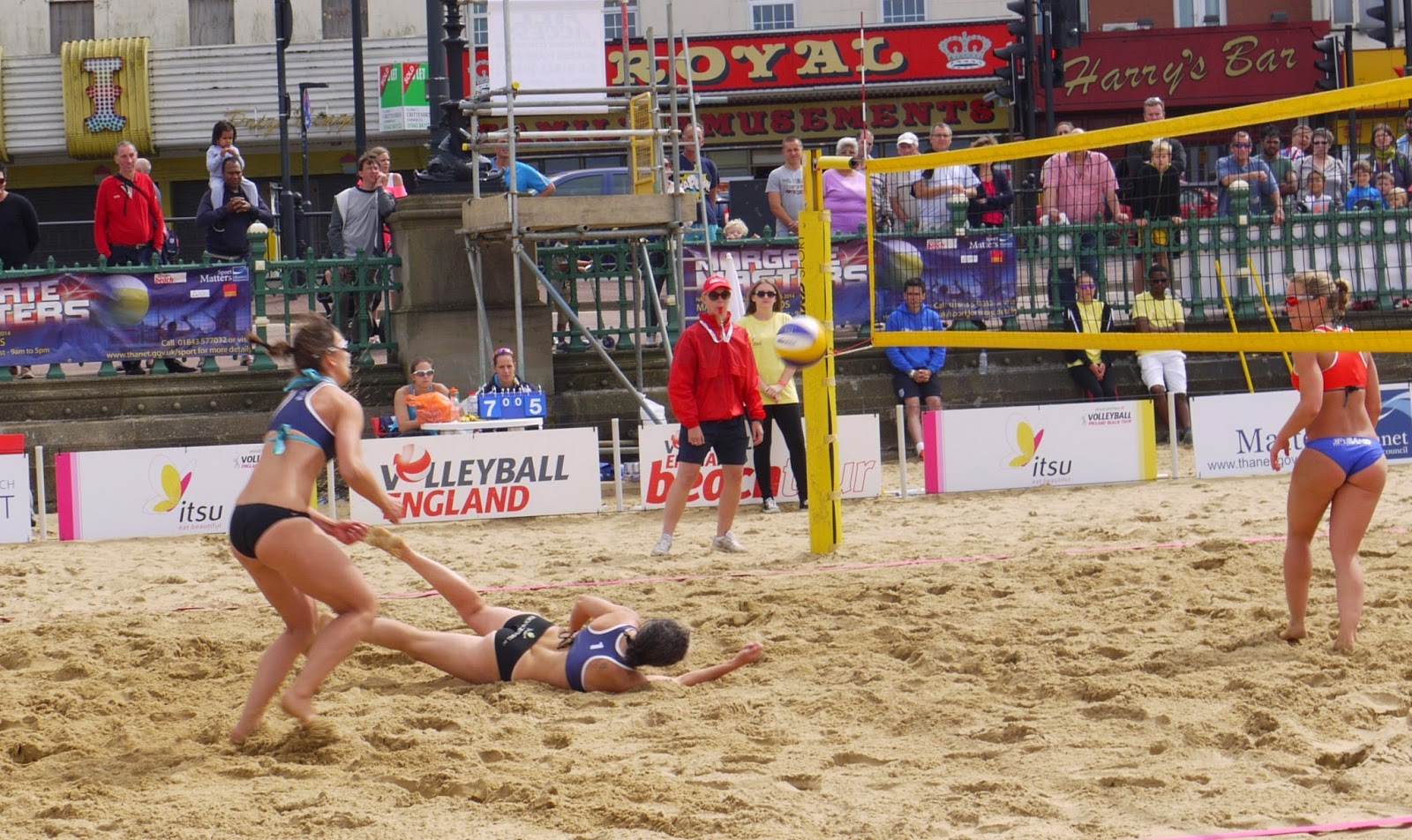 The weather stayed fine which was good for everyone, though there were not as many spectators as I would have thought.

Posted by Padmayogini - Wendy Le Ber at 4:35 pm No comments: