I finally managed to get to the exhibition of paintings by Cecil Collins at Tate Britain, it was actually just a room which is why I had been a bit confused looking out for it. The room had about 9 paintings by Cecil Collins and a few sketches and pieces of writing in a display case and about 16 smaller ones by William Blake and they did compliment each other.
It is always much better to see Cecil Collins paintings in the flesh, as it were, as they are much more luminous than can be captured by print.
The Angel Of The Flowing Light is particularly beautiful and striking. The angel conveys an emotional and spiritual truth that on the one hand we recognise from deep within us, but at the same time seems to be from another reality. It is a moving experience to stand and engage with the painting. The Artist's Wife Sitting In A Tree is also a delightful painting.

I have always loved William Blakes work and the little pieces here have his usual blend of mysticism, vulnerability and strength.

I hadn't been to Tate Britain for a while, so I took the opportunity to look at a couple of rooms while I was there. I went into the unpainted landscape room, which has work by Hamish Fulton, Richard Long and others. I liked the combinations of photography and text in the works.

There was an interesting piece by Ian Breakwell called The Walking Man Diary, which was a series of short recordings he made in all the counties of Britain, The recording of Fife was playing when I was there. I have been thinking about recording in my back garden for a while, which I might set up soon.In the next room RogerHiorns had a piece where he had covered an engine with copper sulphate, which had grown these vivid turquoise and blue crystals giving the engine a very different quality. 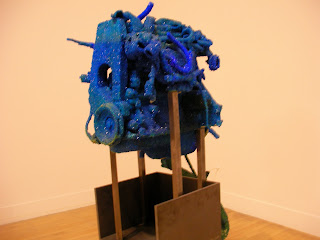 There was also a lovely installation by Vong Phaophanit, which was made of very tall bamboo poles suspended from the ceiling. You were faced with a wall of them which as you passed through made a range of sounds like a giant wind chime. In the centre was a space filled with light. 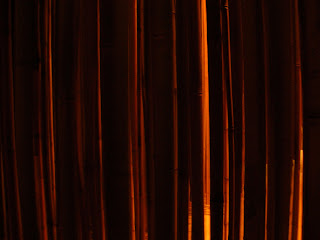 Out side Tate Britain I walked along Millbank and took some photographs of the Henry Moore sculpture and buildings. Alongside the Henry Moore there was a man doing what looked like exercises or a performance piece, it seemed to fit with the mysteriouness of some of the work I had just seen. 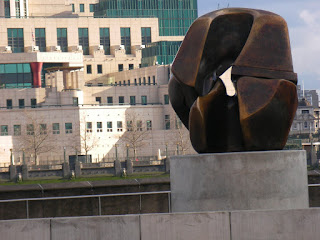 Posted by Padmayogini - Wendy Le Ber at 1:03 pm No comments:

Last weekend was the second conference, Catharsis Transformation through the arts, dedicated to the work of the painter Cecil Collins, at St Ethelburgha's.
Apart from forgetting just how cold an old church can be in the middle of a very cold winter, it was another enjoyable experience. An old arts council film, The Eye of the Heart, was shown, ( such a shame it's not easy to get copies of such films) where Cecil Collins made some of his erudite remarks about painting, the nature of vision and the contemporary world. 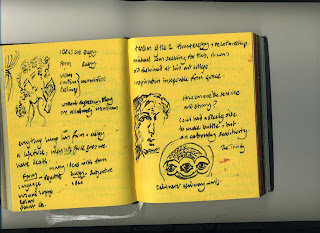 Cecil Collins said we "do not have to understand in order to create, it is necessary to create in order to understand" He believed that "to be creative you need to be vulnerable" With a child's way of seeing and that "Art is an expression of life not an explanation of it"

Inspired by Cecil Collins work and following my Tree of Life painting,I did another couple of oil pastels. One similar to the Tree of Life and one focussing on the ground, the earth under the tree, and the light of the sun. 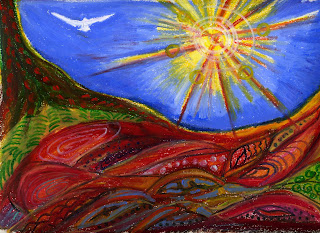 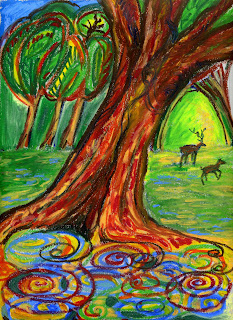 Posted by Padmayogini - Wendy Le Ber at 5:25 pm No comments: 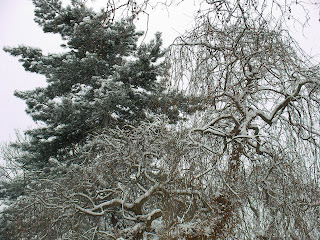 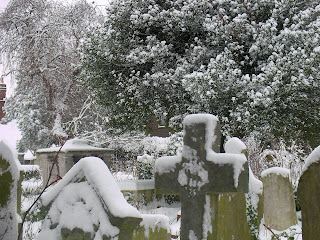 Well we have had the most snow here in London for about 20 years apparently. Transport ground to a halt, schools closed along with many businesses. A great time to be out and about taking photographs if you could get anywhere. 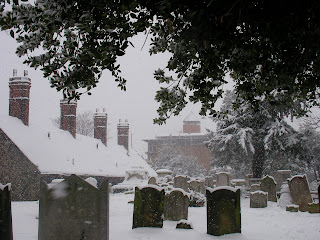 My long time haunt, the local churchyard, was just the place to walk to and see the snow scene. The landscape or cityscape always looks so different under a blanket of snow and the light of course is very different. The trees looked particularly lovely, especially the yew and the conifers. A heavy snow storm came down as I was taking photos and short videos and I loved that sense of being in a snow globe. 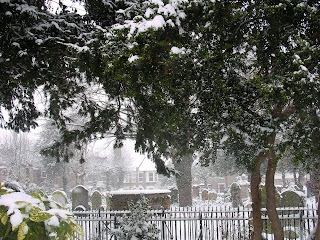 Posted by Padmayogini - Wendy Le Ber at 11:47 am No comments: 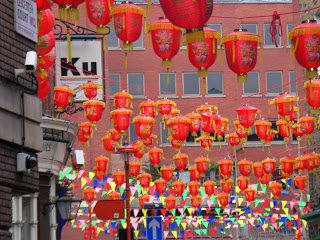 Just before all the snow, I was in Chinatown to see the New year celebrations. It was really great to see all the streets full of red lanterns. In the middle of winter in all the cold weather it brought a real sense of cheer to London. 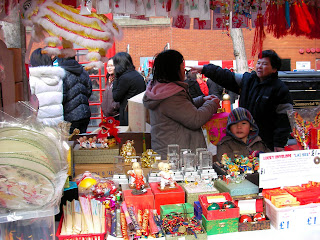 There were stalls outside the shops selling loads of kitch ox animals, it being the year of the ox, paper dragons, small hand drums, fortune cookies and loads more. It was very cold and I was glad of the crowds at some points that kept the wind off me. At one point I was next to the drummer at the start of one of the lion dances, but as it started I was left behind as the huge crowd surged forward. 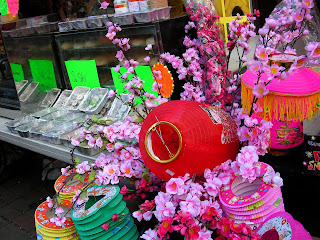 I could just see the dragons head pop up and down from time to time, as it made it's way down the street paying visits to the shops and restaurants. 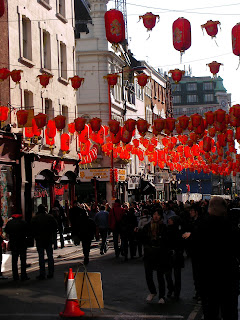 Posted by Padmayogini - Wendy Le Ber at 5:26 pm No comments: