I caught the last day of the Curiosity exhibition at the Turner Contenporary Gallery on Sunday.

I had chance to see the amazing glass sea creatures again and Turner's watercolour studies of birds. 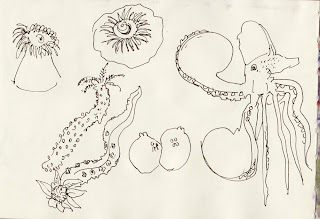 I also watched Tacita Dean's films one of ,which was a film of the artist Claes Oldenberg Manhatton Mouse Museum in his studio, cleaning and re arranging his collection of objects.

I am always pleased to see other artists studios and what they keep in them, and especially if they seem to collect all sorts of strange objects.. Claes Oldenberg had many such objects from platform boots and a childs trainer, to a mug with an apple core on it, antique perfume bottles and

He moved around on an wheeled office chair, dusting the pieces with a paintbrush and moving some from box shelf to box shelf. 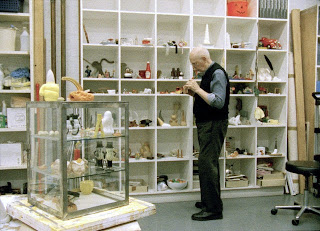 A fascinating study and I was pleased to see it. Often I don't seem to have the time or energy to watch films as well as see exhibitions, so it's good I live close to the gallery. 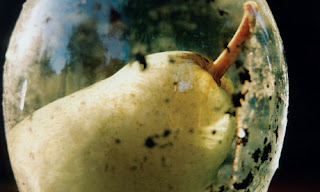 Tacita Dean's other film, Prisoner Pair was a close up of 2 pears in a bottle of Schnapps, sunlight falls across the bottle and casts shadows, bubbles and small pieces of pear move in the liquid. Strangely mesmerising. I was glad to have watched them before the exhibition closed. 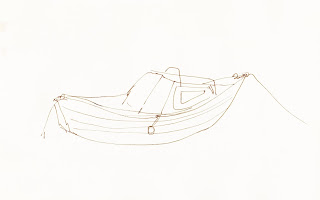 Out side the gallery I sat down for a few minutes taking a few photogrphs and sketching. 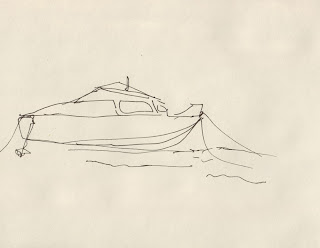 The next exhibition at the Turner Contemporary has Sketches from Turner and Constable, which looks great and opens on the 5th October 2013.