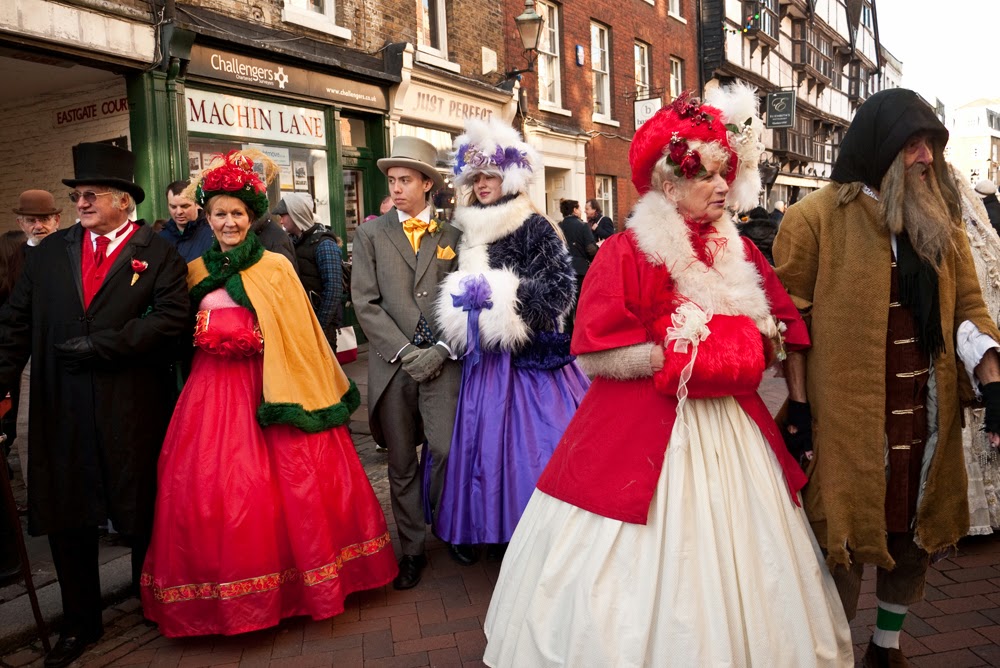 I visited the annual Rochester Dickensian Christmas festival this year for the first time. When I lived in Rochester many years ago, the whole Dickensian aspect to the city had yet to appear and I hadn't managed to go back to see the new festivals untill now
. 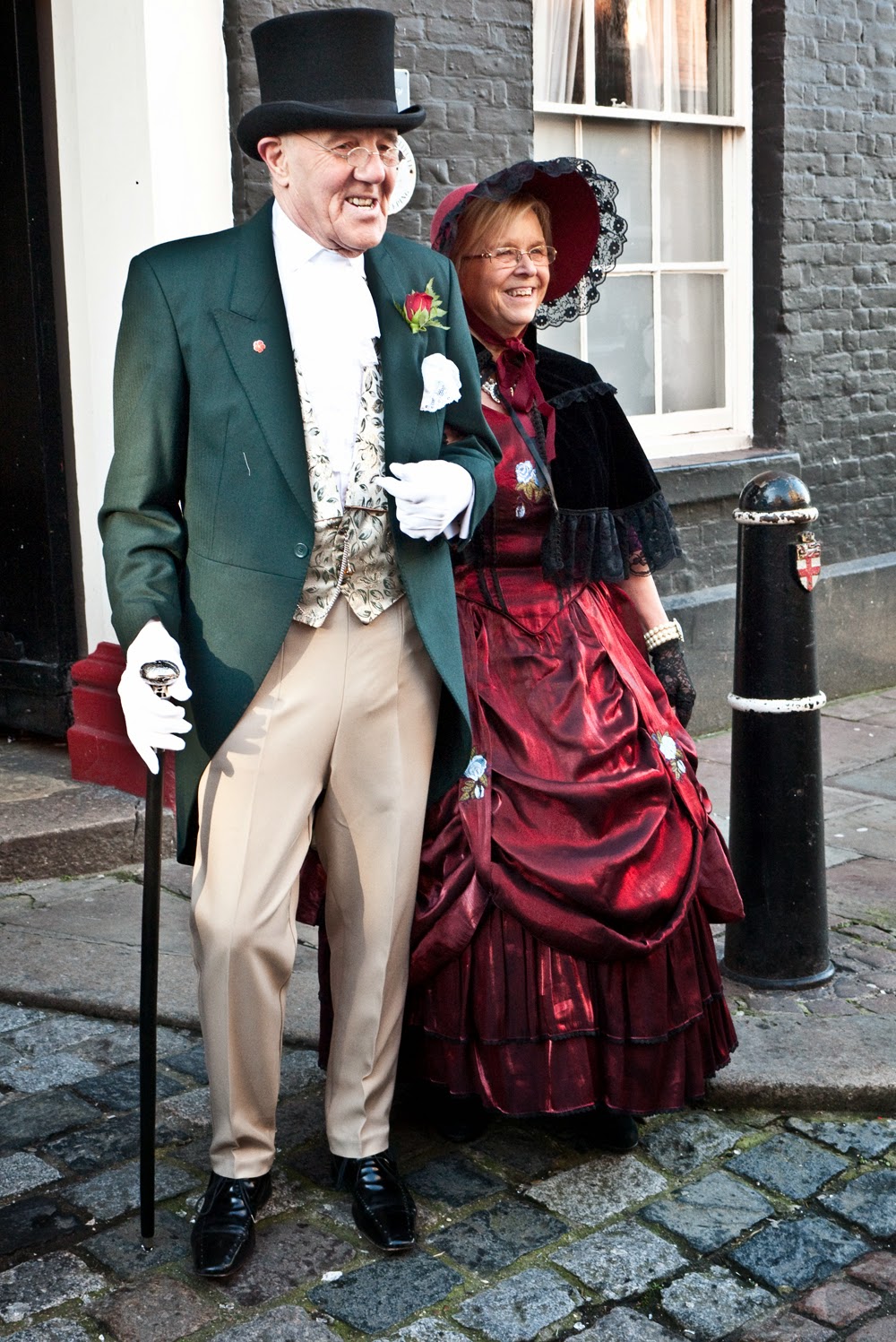 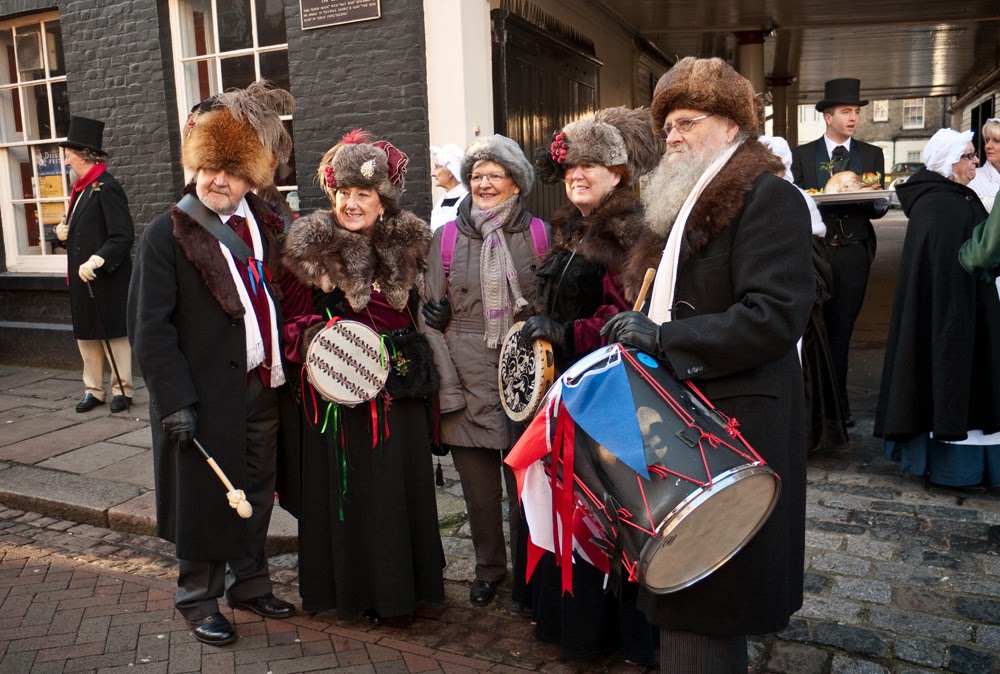 There are a lot more buildings that have been smartened up in the town, though also a lot more charity shops.  The town was a city when I lived in Kent having the imposing cathedral next to the high street, but has now lost it's city status which is a shame. 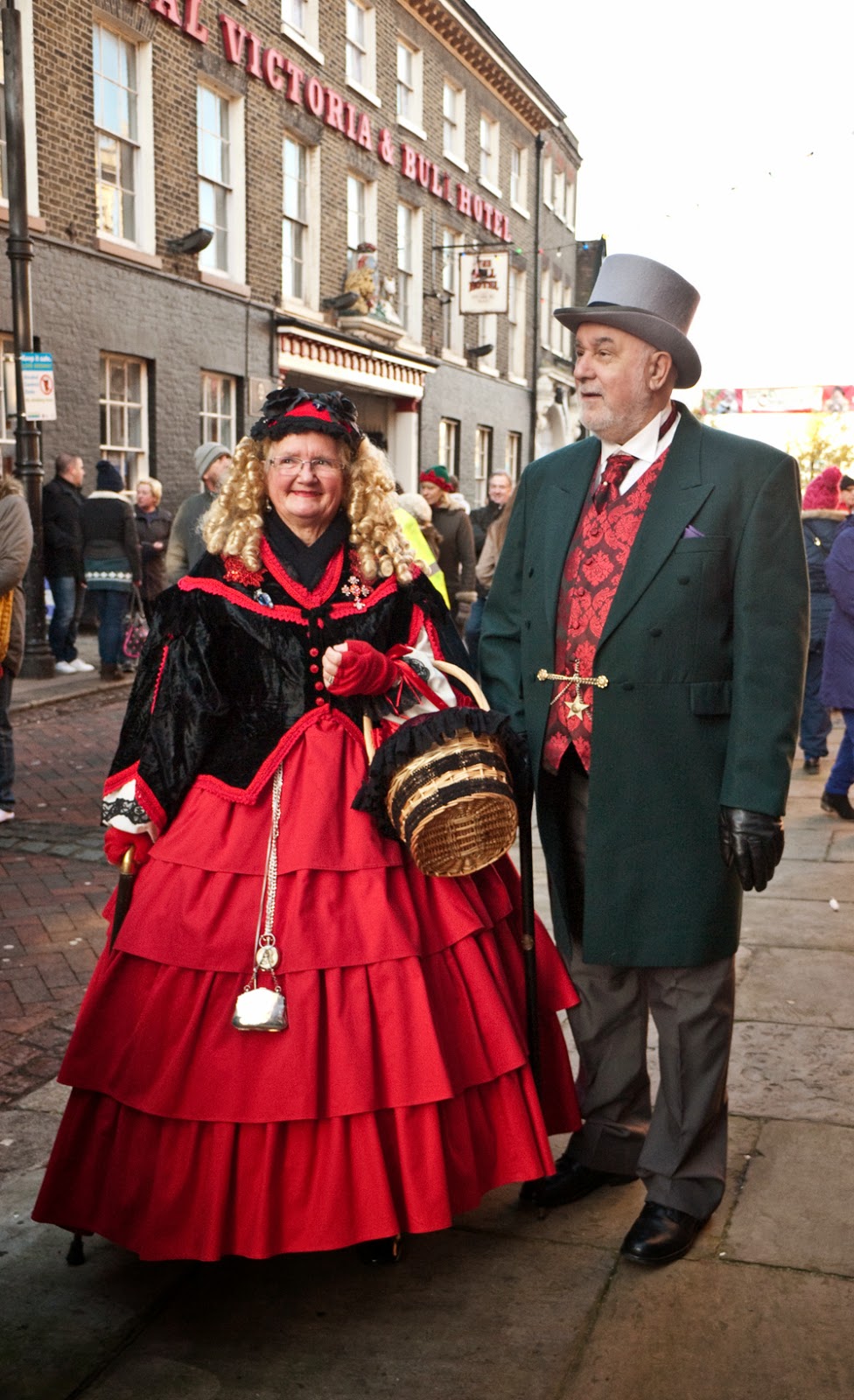 There were dozens of  people dressed in Victorian costume when we arrived and thousands of people crammed into the narrow streets during the day. We watched as people arrived for the procession of the seven poor travellers headed by the Christmas pudding which  paraded from the Victoria and Bull hotel to the Six Poor Travellers House. 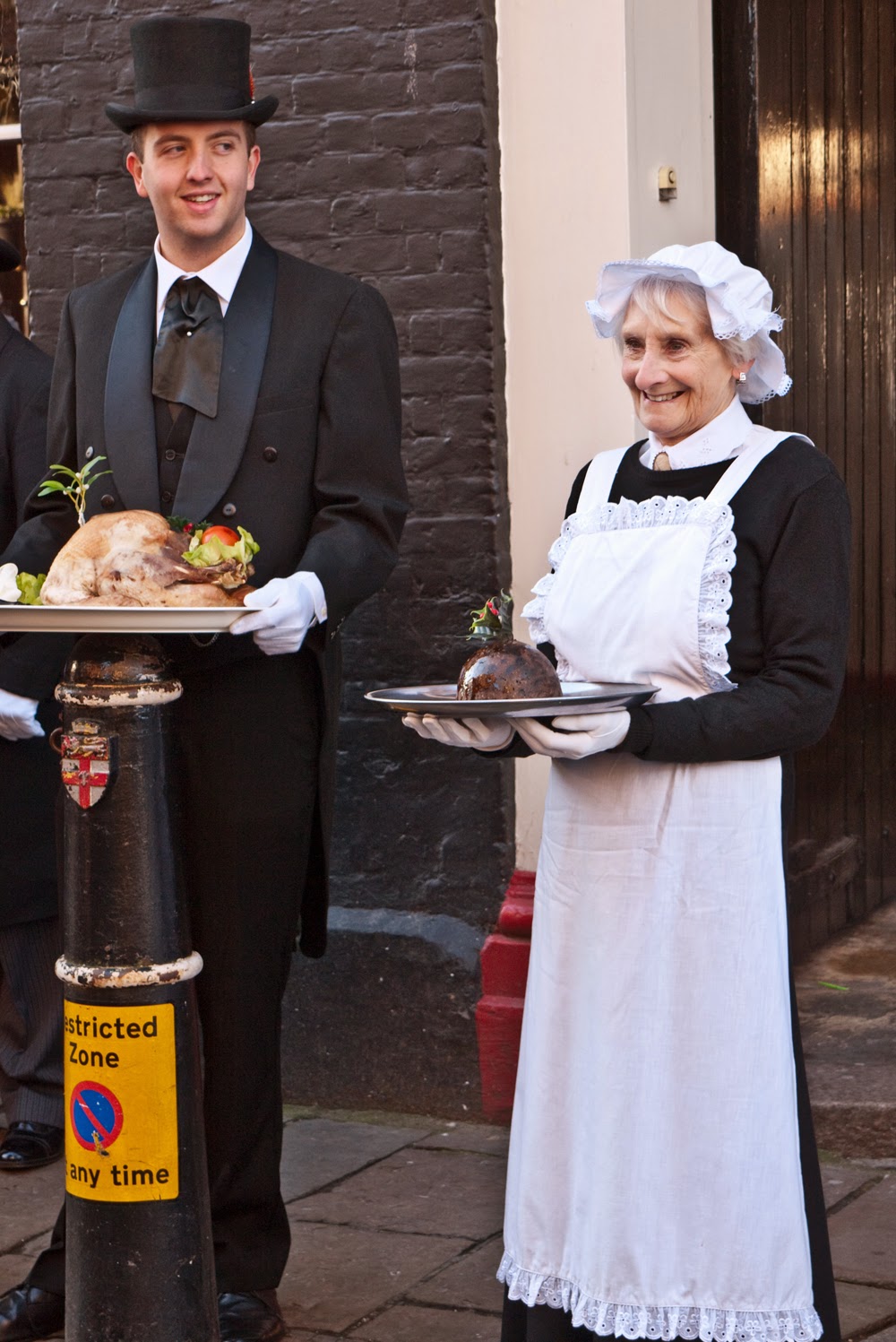 This parade celebrates the Dickens short story, The Severn Poor Travellers based on his own experience. I was impressed by the ammount of detail people had put into their costumes and the time it must have taken to make some of them. 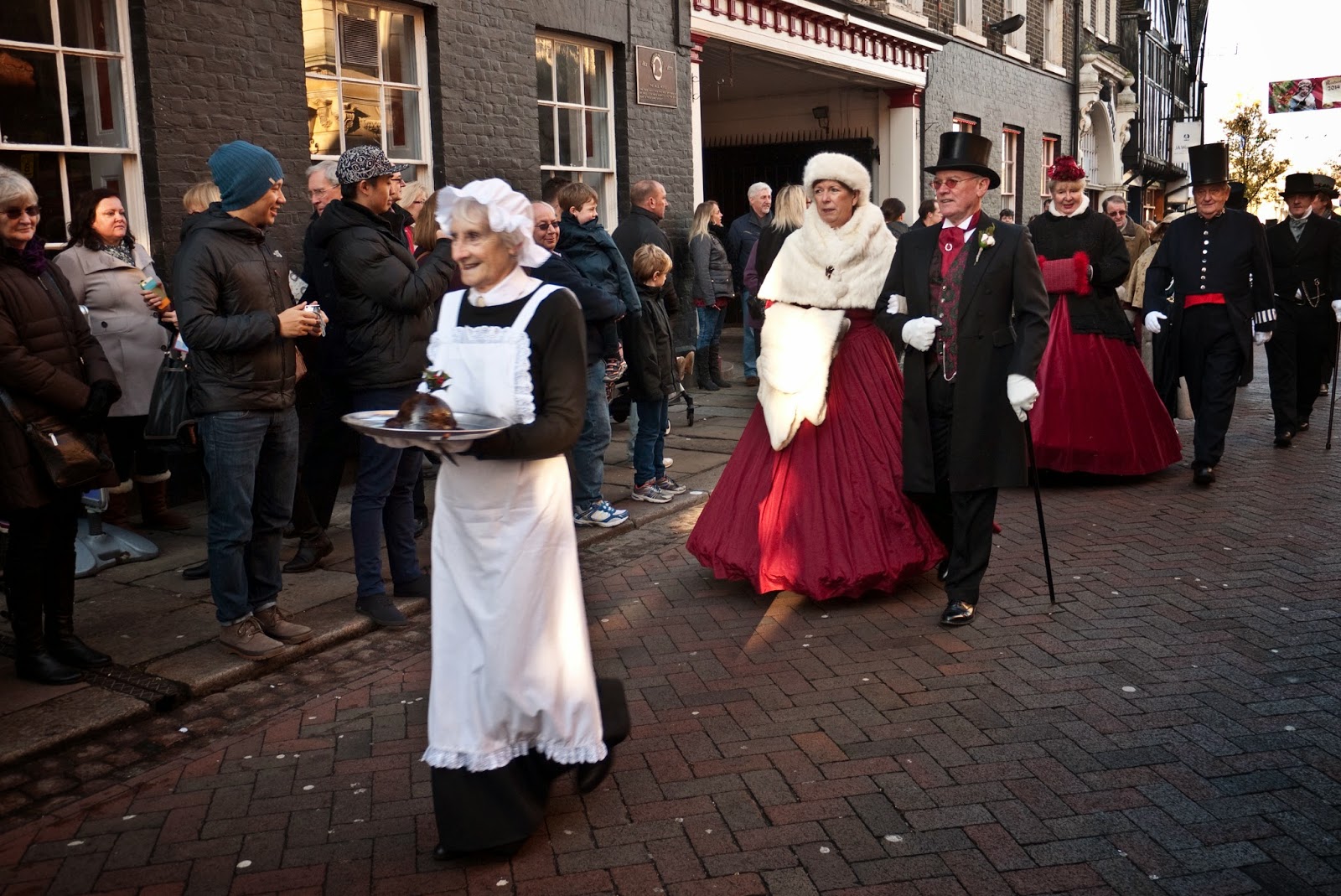 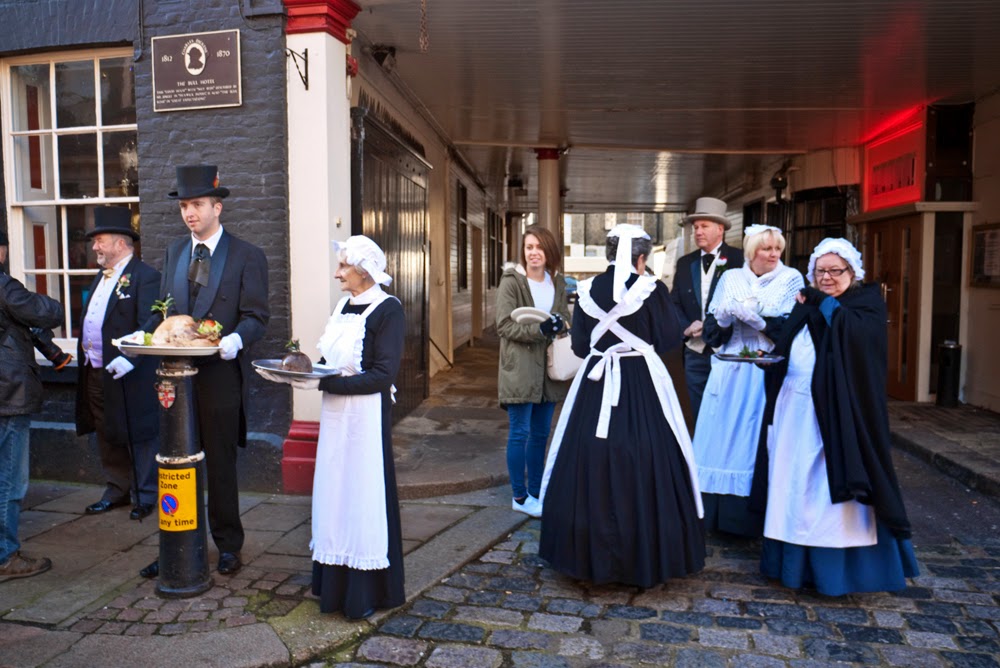 The Severn Dials Rapscallions were a great group of Victorian low life characters based around a campsite and fire. I liked the inclusion of the ordinary characters including, policemen, drunken soldiers and pedlars in the festival, which gave the event a more rounded feel. 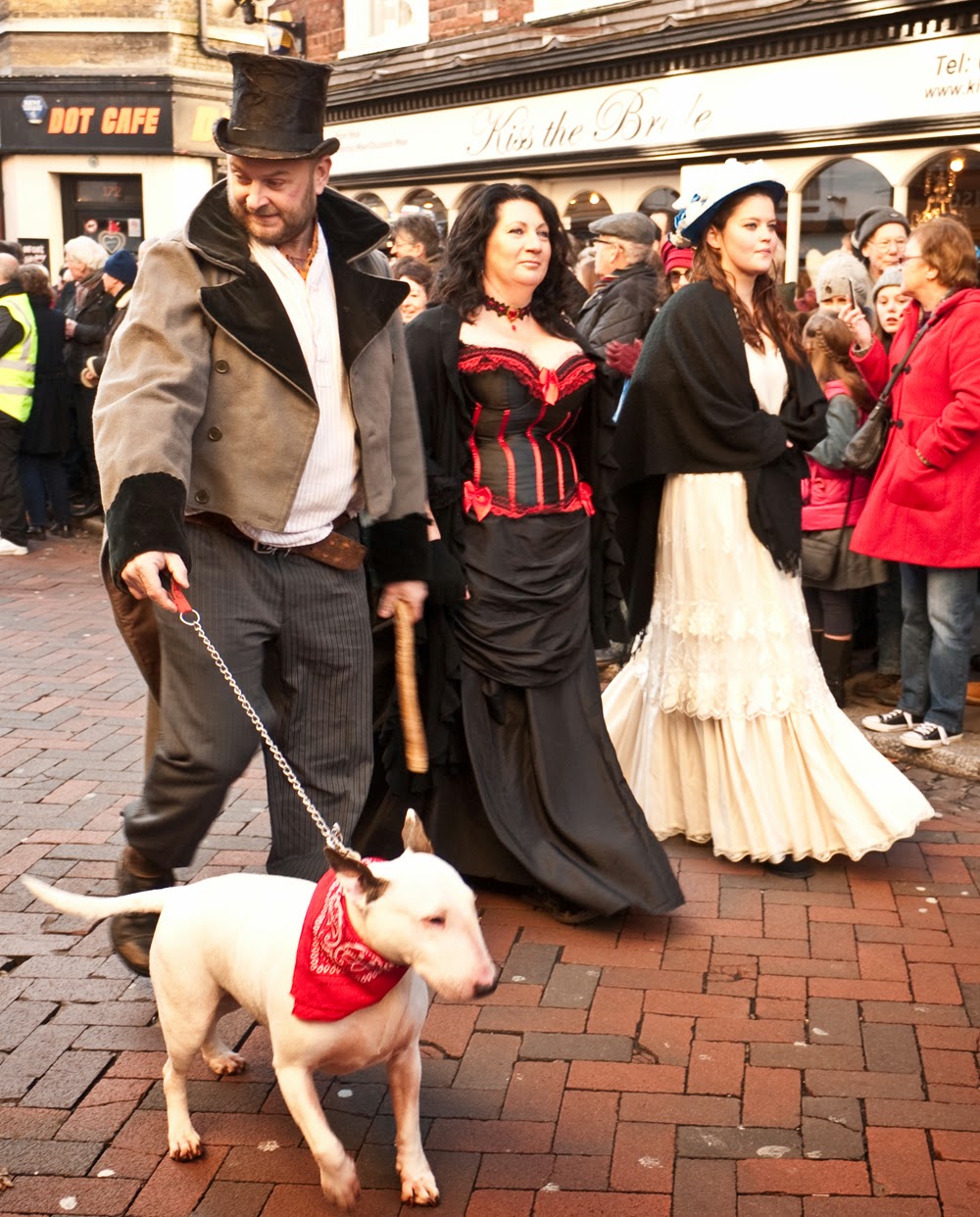 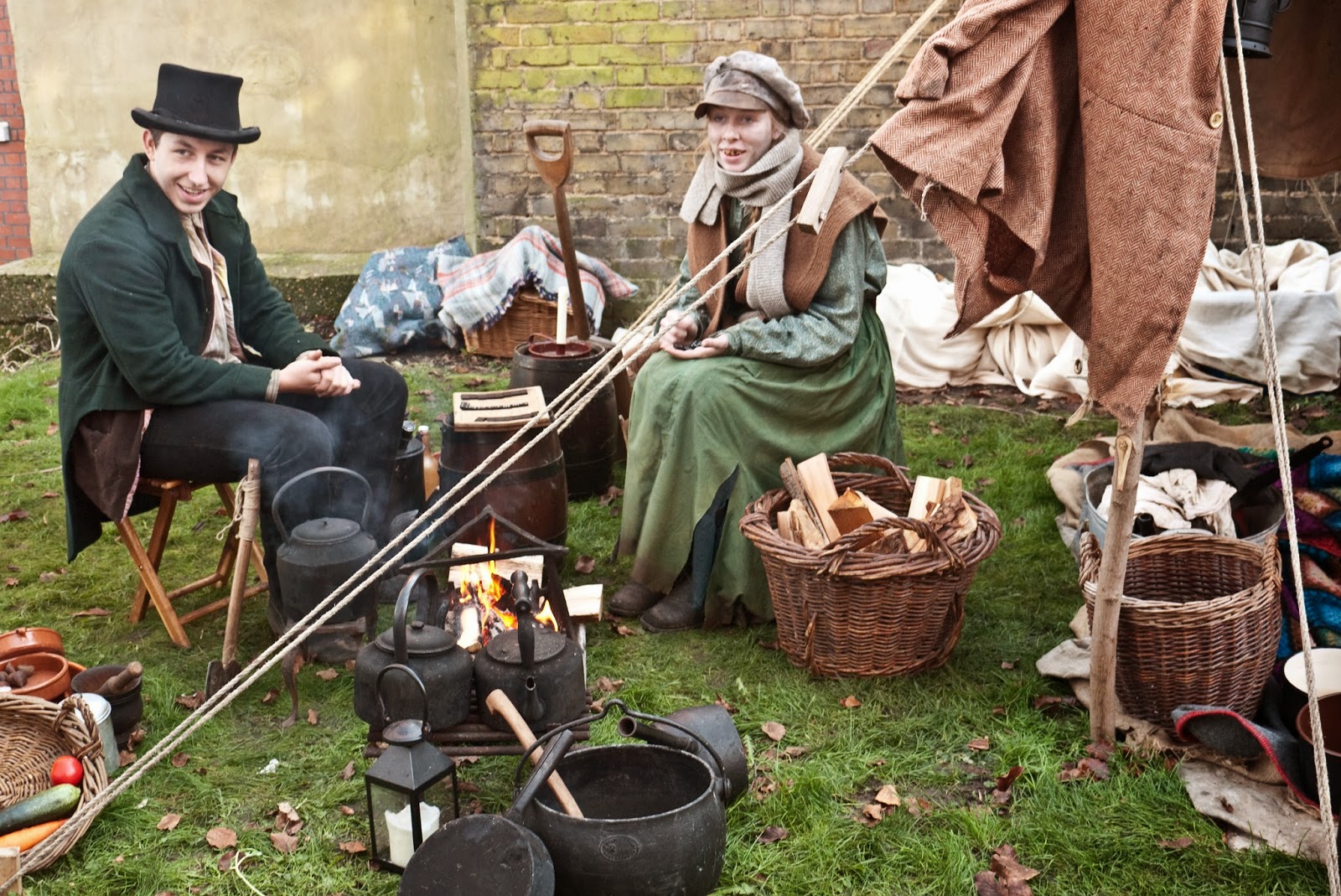 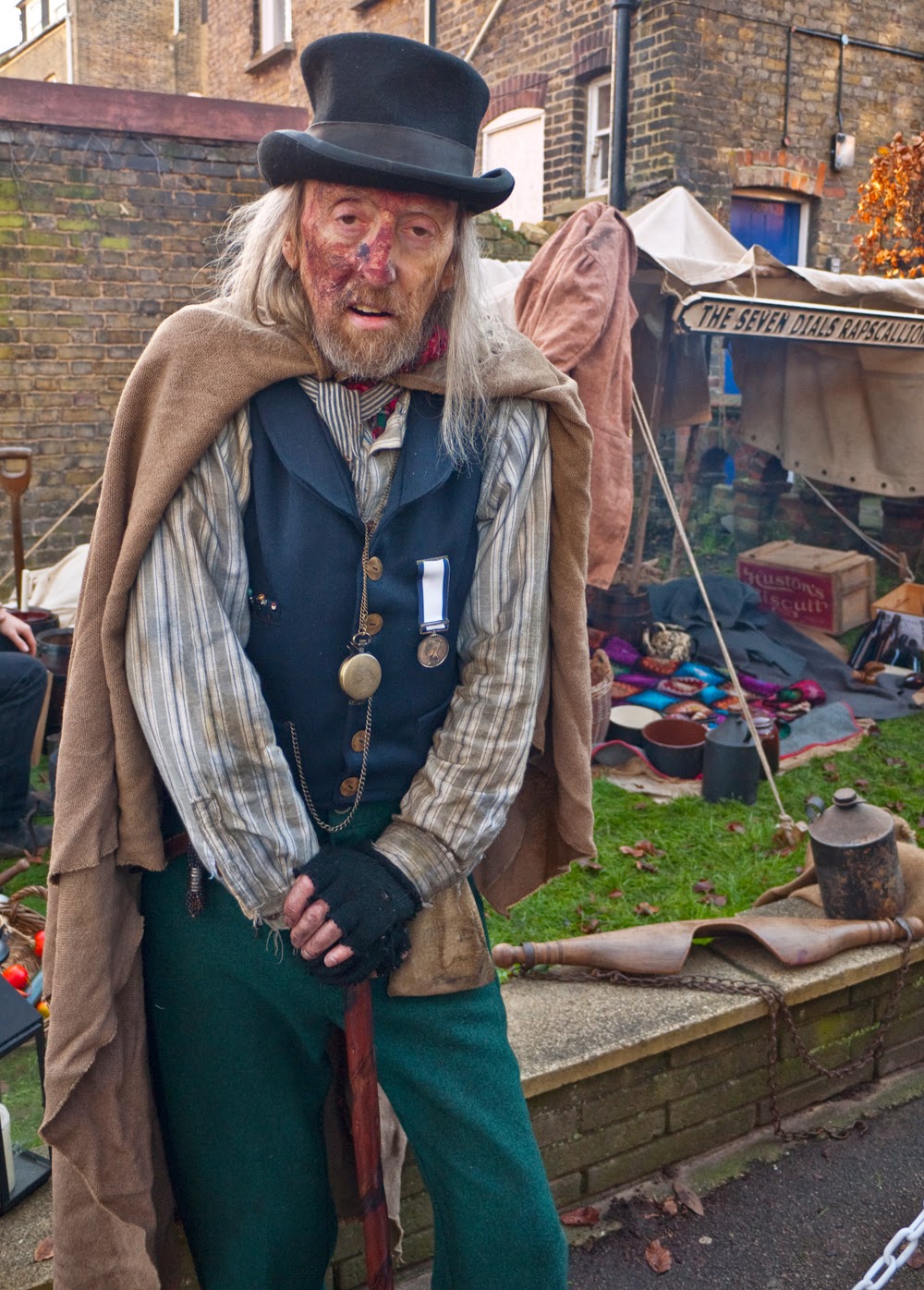 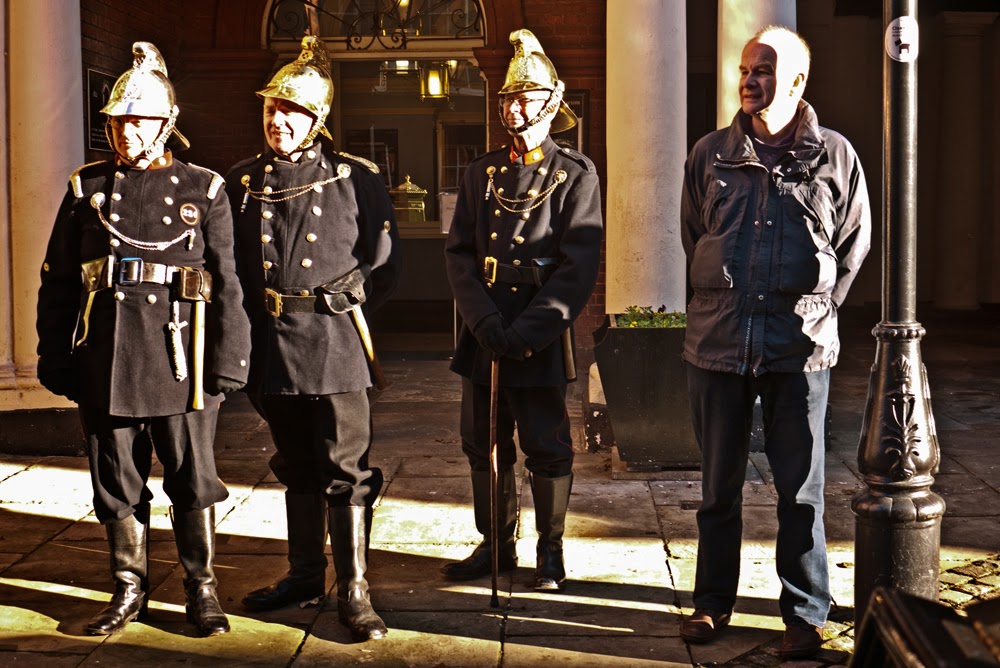 I walked down to the start of the main parade along the high street and took my place with hundreds of other visitors lining the street. A Fagin Character entertained us while we waited, then the main parade started and we watched as Dickens characters and Victorian figures all strolled past, including a Miss Haversham and dignitaries. 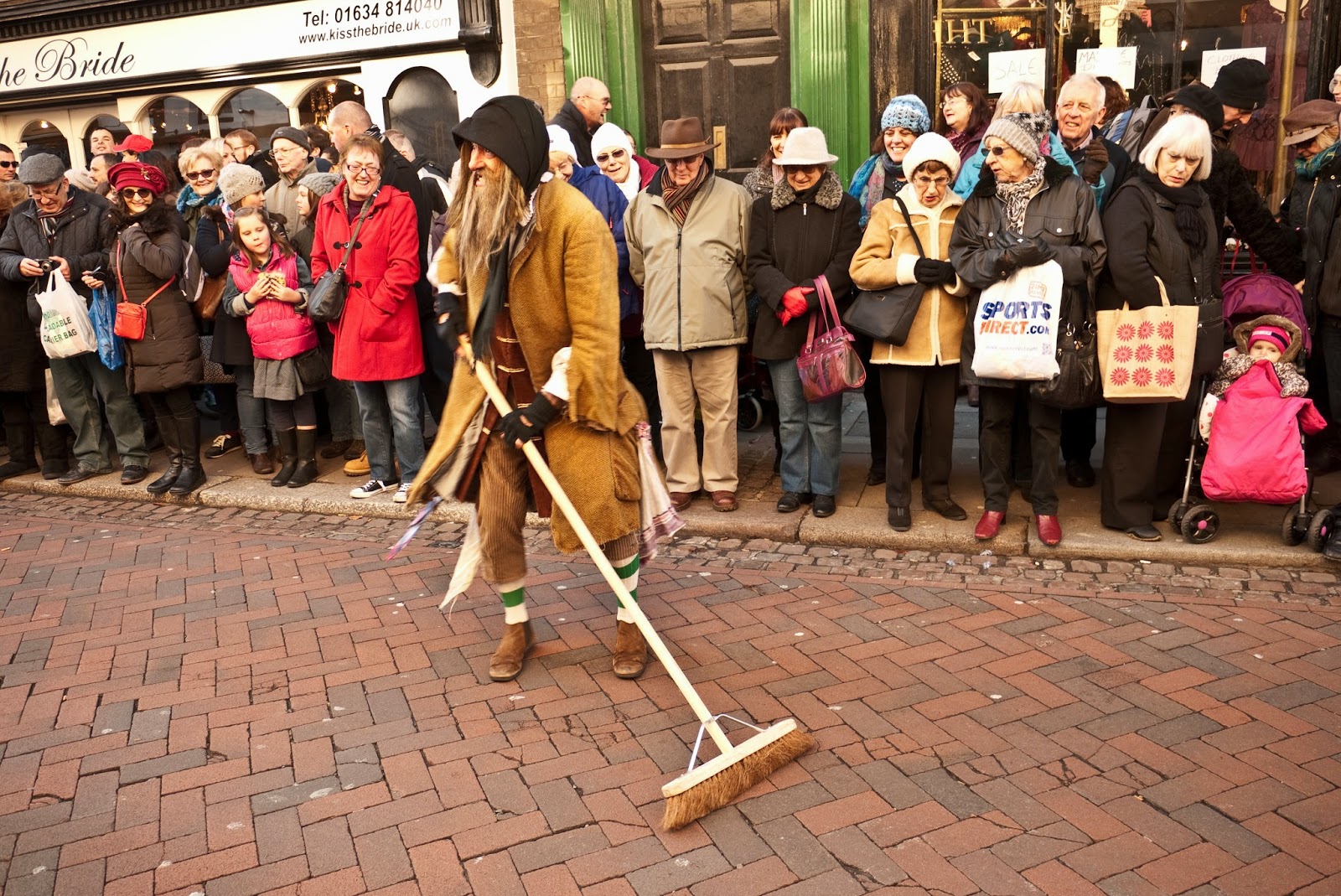 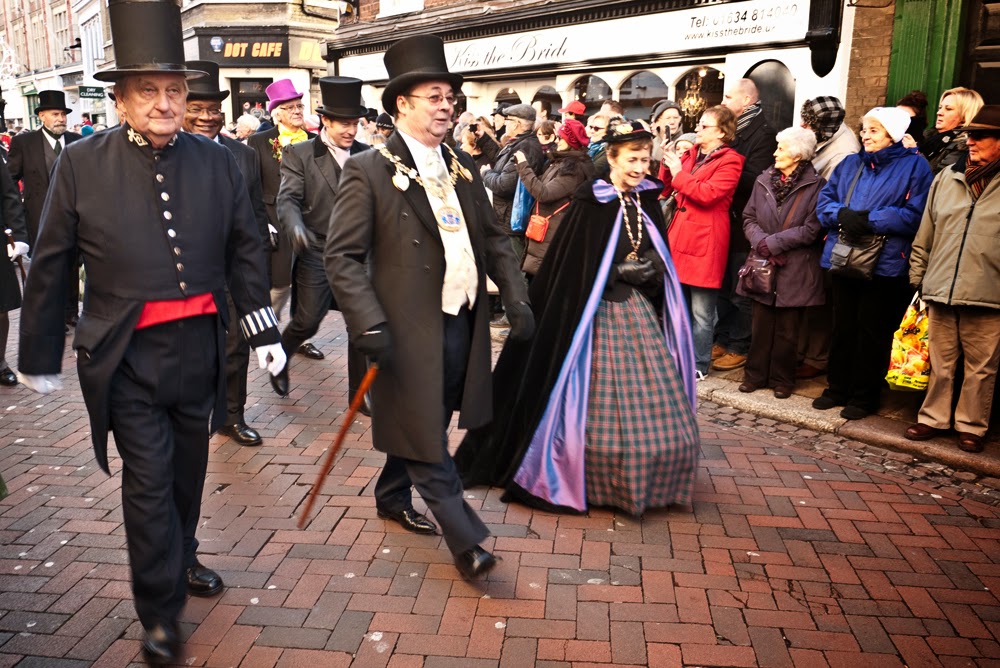 I really enjoyed the day and would recommend it as an entertaining day out.  Link to festival website  here 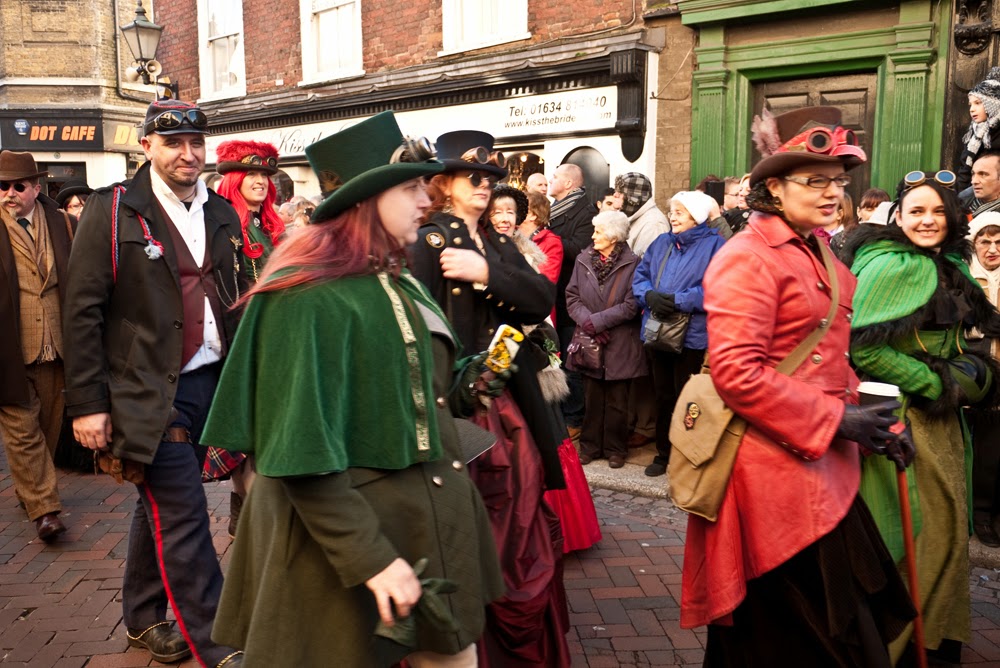 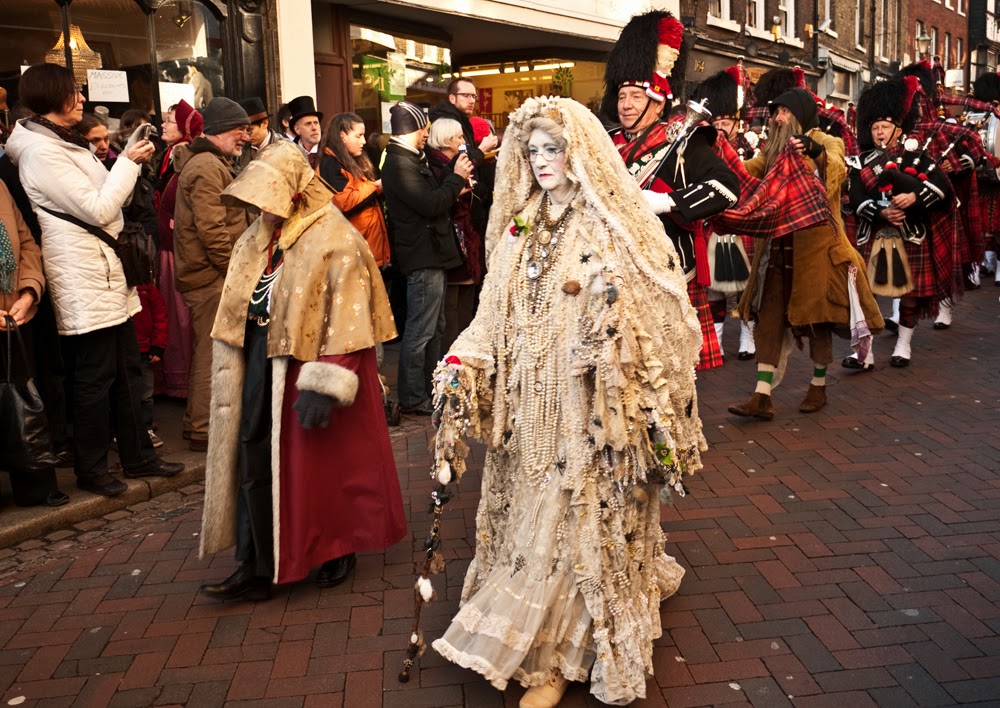